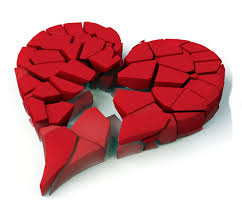 As we near the over-hyped commemoration we call ‘Valentine’s Day’ (Valentine was a rather obscure third-century martyr, of whom we know little, but legends abound) in these early days of Lent, I was pondering, given some recent events, the darker side of love.  Particularly, the connection between intimacy and violence, which is a curious and, indeed, an ironic one.  Why, we may ask, do those who at some point loved each other to the point of sharing in the most intimate way their bodies, their affections, their vulnerabilities, then begin to hate to the point of violence, even murder?

Here are just a few examples amongst many:  Last fall, there was the murder of three women in the area in which I live, all of them killed by the same former ‘boyfriend’, who had ‘lived with’ two of them; the third woman apparently rejected his advances, but had him over at her house.  A couple of months ago, in New York, a jilted boyfriend broke into the bedroom of his former girlfriend with her new boyfriend in the early hours of the morning, and knifed them both to death, apparently while they slept, before taking his own life.  And just the other day in nearby Ottawa, a disgruntled former husband brandishing a hunting rifle confronted his ex-wife at her father’s home, killing her father, severely wounding her, before killing himself.  More cases could adduced, on and on, so it goes, ad nauseam.

And, to a less serious degree thankfully, we have just waded through the muck of the Jian Ghomeshi trial, the former CBC radio darling charged with physical assault during intimate encounters with his dates.

Back to the question:  Whence and why love and violence?  The answer lies, methinks, in the old proverb extrema se tangunt, that extremes tend to touch each other, to become one.  We can only really hate what we once truly loved.  The volatile passions aroused by love, especially sexual love expressed intimately, easily turn into hate when one or the other’s love is rejected.

The Church, as the guardian of natural law, has always taught that the sexual union implies, and should imply, a permanent bond.  Saint Thomas states[1] that this is primarily for the sake of the children who may be conceived and born of that union, and he is correct on that score (more on that later in terms of the abortion question).

But there is more, developed especially in the Theology of the Body of Saint John Paul II.  The great Pope taught that sexual union implies a total ‘gift of self’ to the other.  Serious problems arise when one gives one’s body without giving one’s love, will and affection.  This is the fundamental evil of fornication and adultery, that the ‘body’ says something that the ‘heart’ does not.  That is why the Holy Father calls such false unions (including contraceptive sex wherein one’s fruitfulness is withheld) ‘lies’, and, we might add, damned lies at that.

Such false unions differ in degree, from the drunken one-night stands rampant on our campuses, to longer-term common-law ‘marriages’ and live-in arrangements wreaking havoc upon family life.  What compounds the evil is that in such false union of bodies, the persons give themselves internally, by their wills and affections, to different extents, and the lies told with the body and the soul are of different degrees and kinds.  People are intimate for all sorts of reasons:  the need for affection, loneliness, desperation, and a generally disordered view of that much-abused word ‘love’.

The problem is that the union of the bodies, especially if repeated and prolonged, by its very nature produces affection, a sense of ‘belonging to’ and ‘possessing’ the other.  Sex is not a handshake or a hug, but effects a permanent union, even if such union is not fully intended.  As Saint Paul says, a man who lies with a prostitute even one time ‘becomes one body with her’[2].

Thus, such unions can never really be broken off, for there is always that lingering sense of belonging, stronger usually in one or the other, depending on how much they gave in the union, or whether they have now given themselves to someone else.  As much as our modern world would like to think so, one cannot just walk away from such relations and be done with it.  As the Catechism states, our sexuality “involves all aspects of the human person in the unity of his body and soul”[3].  There is always a large part of ourselves left behind, belonging to the other.

Therefore, we have the natural reaction of jilted men, or jilted women, slighted in the very depths of their being, their love rejected, and the consequent jealousy, anger and seeking revenge.

How does the law possibly control this?  Restraining orders?  Banishment? Permanent imprisonment? Castration, of the physical or psychological variety?  For all of his own disordered views, and although he did not intend good of it, Pierre Trudeau was sort of right when he said that there is no place for the State in the bedrooms of the nation.  What takes place there is too complex and intimate to be governed by such a clumsy and ham-fisted thing as coercive public law.

The only way to contain the near-unmitigated fury, and, yes, the glory, of sexual passion and its attendant consequences (including the children born of such unions) is monogamous marriage, bound by a public vow, ratified and secured by custom and law.   Anything short of this is somewhat deviant and disordered, and leaves this untamed genie outside the bottle to do what mischief it may.

We have come a long way from this ideal.  We are now expected to seek sexual satisfaction in whatever way we want.  At the very least, so the story goes, one should experiment and experience widely before ‘settling down’ (even the term!).  As one unfunny comedian put it when looking back on how many sexual partners he had had, well, he said, ‘I lost count in my twenties’.  I hope he really was joking (but in joco veritas).  How do such people ever give themselves to any one person for life?  One must own oneself to give oneself, and a sexually dis-integrated person does not own himself.  As the Catechism again says, there must be “integrity of the person” in order for there to be “integrality of the gift”.[4]

I have always thought that ideally we should marry the first person we truly fall in love with, keeping in mind that I do not mean our transient infatuations, which will come and go from grade school to the grave, but love as a decision, an act of the will, which leads to matrimony and commitment.

At some level of our being, all of us, and I will say especially women (whence matri-mony, the ‘office of motherhood’, gets its name), still seek that ideal marital bond.  That is why the women who had been choked and hit by the teddy-bear-looking-shaggy-haired-doe-eyed Jian still went back to him and wrote him love notes:  As they admitted, they thought he might be different, that it wasn’t really him, that perhaps they could change him.

In a more tragic way, that is why the revenge murders take place:  Whoever’s fault the marital, or at least sexual, break-up was, the fact that the relationship broke up at all was still a tragedy, experienced as a deep and sorrowful loss, even a type of death.  It is sad beyond words that the only way some men can respond to such sorrow is through violence, their former love turned to hatred, for themselves and the other.  Extrema se tangunt.  But the evil which is in some sense the cause of the violence and hatred is real indeed.

No, Christ had it right:  A man leaves his father and mother and cleaves to his wife, and the two become one flesh.  And what God hath joined, let no man, nor no woman, tear asunder.  Anything else is playing with fire and with evil which, I predict, the law will not be able to contain.