*The migrant/refugee debacle continues, with assaults, rapes and (so far, thankfully foiled) terrorist plots in Germany, Sweden and other countries, who have bent on an emotional and irrational desire to welcome all and sundry from Syria and other war-torn regions.  As I have written before, there is nothing wrong and indeed much good with the motivation to assist those less fortunate, but this must be guided by reason, by policies shaped with a ‘strong juridical framework’, as Pope John Paul would have said.  Now, there are thousands of virile young men unaccounted for, gone into ‘hiding’, and no one knows what havoc will be wrought in the coming months.  The evil actions of a few give a black eye to many, and one wonders how Islam will assimilate into the weak, vague, milequetoast post-Christian society of Europe.

*So far, here in Canada, Justin Trudeau’s ill-considered refugee policies have not resulted in outright violence, at least none reported, but thousands of them have been stuck in hotels in the Toronto area for months now in a virtual prison, all on the taxpayer dime.  Our Prime Minister apparently has no game plan beyond the  superficial photo op of welcoming thousands at the Toronto airport, and giving himself a pat on the back for his ‘charity’.  At the very least, where, oh where, we will he find homes for them all?  Will requisitioning homes be in our future?  Will the refugees be content to live in abandoned and ‘refurbished’ army barracks? 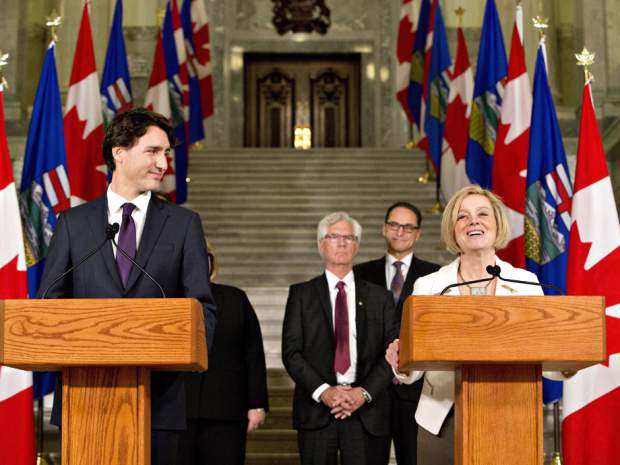 *All the while, Mr. Trudeau is promising hundreds of millions in ‘infrastructure’ payments to kick-start the economy, as he tours the once-mighty Alberta giving hugs and vague promises.  Oh, how the mighty have fallen!  Alberta, what has become of thee, now that oil is bottoming out?  Is Alberta on its way to becoming one giant ranch?  That is hundreds of millions the government does not have, by the way, as we quickly ratchet up towards a trillion dollar deficit.  Trudeau’s father back in the seventies could rely upon the oil revenue of Alberta to support his socialist policies:  What will Trudeau Jr. rely upon, one wonders?  As one article put it:  “the Prime Minister comes across as the perpetual earnest schoolboy, accustomed to passing the oral exam on charm and goodwill alone”.  I am not all that sure about the ‘good will’ part, although I must give him the benefit of the doubt, but someone should teach our highest civil servant, even as he approaches middle-age since he seems to have missed it in his youth, how to clearly enunciate, stop using ‘ums’, and the overall proper technique of public speaking.  It would at least make his vague politically-correct ramblings easier on the ear.

*But those who voted for Mr. Trudeau and his ‘liberal’ policies (they should not be permitted a monopoly on that much valued adjective, which has an honoured history in our Church and civilization, as in the ‘liberal arts’), anyway, the vast swath of Trudeaupians inhabiting our public system seem content to live in their own world view, sheltered from any painful reality, economic or otherwise.  A glaring example of this was the recent news that the teachers’ union of Waterloo region have asked for their members to boycott the only local paper, the Waterloo Record, due to the ‘teacher bashing’ of one columnist, Louisa D’Amato.  I too disagree with many of Ms. D’Amato’s opinions, as she publicly bashes the Church and morality, but, at least to some extent, one should be permitted to have one’s say.  As one commentator put it, so much for freedom of expression.  And, speaking of wondering, one wonders what it is our oh-so-sensitive teachers are teaching their students.  But I have been more than wondering about that for quite some time, but wonders never cease.

*On more religious and hopeful news, the Pope and the Russian Orthodox Patriarch plan to meet next week in Cuba, the first such meeting in history, since the two ‘Churches’ separated in the schism of 1054 (briefly ‘healed’ in the 13th and 14th centuries).  I will have more to write about this, as it is, to put it mildly, rather momentous, and could signal the beginning of the end of this painful and scandalous thousand-year schism, and a reunion of the Church for which Popes and bishops have worked for all these centuries.

*And today is the feast of Saint Paul Miki and Companion martyrs, put to death by crucifixion on February 5, 1597 at Nagasaki, Japan.  The Office of Readings for today is a powerful contemporary testimony to their martyrdom, as the Franciscan priests, brothers and their lay associates prayed, sang and forgave their executioners from their crosses, in joyful imitation of their Lord.  Father Paul Miki preached his last sermon from his cross, saying:

*In a providential connection the depths of which only the good God knows, Nagasaki, the most Christian region in Japan, was also chosen (as a secondary target) for the dropping of the second atomic bomb on Japan in August of 1945.  Curiously, or miraculously, as one’s a priori suppositions lean, the eight Jesuits stationed there, although only eight blocks from ground zero, not only survived the blast, but received no ill-effects of the radiation and lived to a ripe old age, as religious often do.  The same goes for the Franciscan house nearby the Jesuits.  As mentioned, wonders really do never cease.

May the martyrs pray for us, and that all may be open to the Truth.