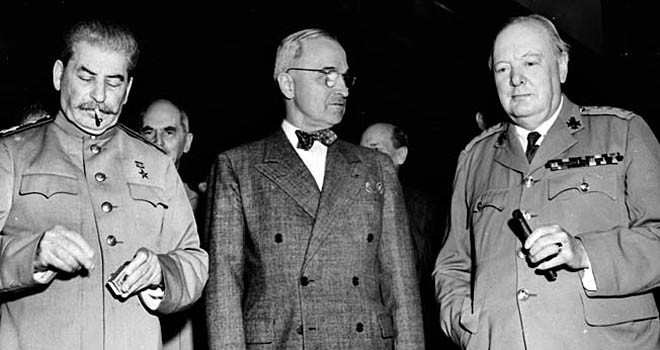 I have an article published this morning in Crisis magazine on the evils of the bombings of Hiroshima and Nagasaki, responding to an author (Deacon Jim Russell) who wrote on August 7th (between the anniversary of the two bombings, on the 6th and 9th) justifying Truman’s decision to ‘test’ the nuclear bomb on cities containing thousands of civilians, women, children, infants, babes in the womb.  This was the first and, so far, the only time the bomb has deliberately been used in warfare. May it be the last.

You may compare my argument with the one by another Deacon, James Toner, a retired Army officer, published alongside my own.  I don’t think he responds to my central point, that it is an intrinsic evil to kill innocent people, and intrinsic evil may never be done, regardless of circumstances or intention.

God, of course, is the absolute master of life and death, not Truman, nor any president, king or potentate, and only He has the decision to end our lives at the moment He so chooses, or send what suffering (and consolation) He may.  On that note, Houston has just been inundated with trillions of tons of water from the recent hurricane, Harvey by name.  Pray for all the residents, that all may survive, and that the damage may be mitigated.