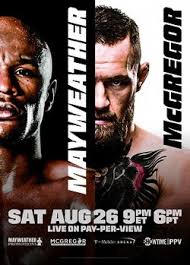 Tonight is the fight between Floyd Mayweather, a seasoned 40 year old boxer who has never lost a professional match, and Conor McGregor, a 27 year old MMA fighter who has only been in a relatively small number of contests.  The odds are 11 to 1 in favour of the older guy, for boxing is boxing, with its own set of skills and rules.

I am not sure of the morality of two men pummeling each other into submission in the ring. I heard that Pope Pius XII wrote a letter condemning such boxing, but have not been able to find it, but will do more digging.  I suppose that is why they invented wrestling and judo, the so-called ‘gentle art’, by which two men may contest, but not unduly harm.

For the brain, and the mind, beaten, battered and bruised, are terrible things to waste, regardless of the ‘entertainment’ value.