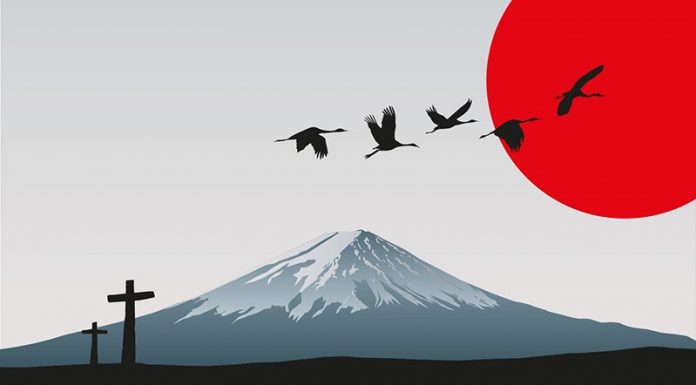 O God, who shall be like thee?
Do not be silent, do not be restrained, O God (Ps. lxxxii).

I admit that Shūsaku Endō’s Silence is enigmatic—rest assured that I will not be offering here a secret passage into solving its mystery. My objective, rather, is to offer a nuance to the reading (or viewing) of the work which our Western minds[1] most likely filter out. This nuance hopefully will show what the East is able to add to our understanding of the Christian doctrine, which is—though historically rooted in the West—universally true.

The concept which our Western minds may not fully grasp from reading Silence pertains to silence itself. In the story, Fr. Rodriguez (a Jesuit missionary in Japan) anguishes over God’s silence, and here readers are presented with this dilemma: (1) either God is actually silent and thus Fr. Rodriguez has a valid concern, or (2) God is actually not silent—only the priest fails to apprehend His voice. Affirmed de facto in the novel is the experience that God is silent: He seems not conversant with those who suffer, let alone to console them. Yet, we tend to think that it is not godly for God to be so silent: so Psalm 82 echoes. Thus, He must actually be speaking in a certain way, and we blame Fr. Rodriguez for failing to perceive His voice. Along the same line, a young priest in Pembroke Diocese (ON), Fr. Scott Murray, wrote an article on Silence at Catholic Insight, suggesting that God in fact speaks to Fr. Rodriguez through the Scripture passages resonating in his mind and through the Sacraments. I believe this is a valid view, but I would like to suggest another way to read Silence which will, hopefully, give us an insight into the nature of the Divine.

Perhaps, Endō is here teaching us that God is in fact silent, but silence is not necessarily a bad thing: indeed, it can be a sign of perfect love. In our culture, we understand “silence” as a lack, and therefore an evil, albeit only a physical evil, not a moral one. When there are two of us in a car ride, we expect that we talk, and silence is socially “awkward.” As silence opposes social propriety in the West, we also tend to think that, if God were silent, He would not love us. If God were not to perform miracles, enflame our souls, allow sacraments to be offered, or reveal to us our life vocations, we would deem Him silent, less divine. Endō and his Japanese readers would think otherwise. The word Endō uses for “silence” in Japanese is chinmoku. This is not “silence” as we treat it in the West. In Japanese culture, chinmoku is not a lack of communication, but communication in a more refined way by holding oneself back;[2] it is not an evil, but a good (as opposed to the word muzon, which means silence in a negative way: “not saying any word”). If you have ever had matcha (delicious, creamy Japanese green tea), you will soon realize that in Japan matcha is served in a ceremony where hardly any verbal conversation is decent. A silent party is a dead party in Canada and the U.S., but it is a lively gathering in Japan. Despite the cultural difference, we still have a hint into this Eastern concept in the West. Friendship is often marked (or rather tainted) by many conversations, with most of them being superfluous. As friendship grows, however, relationships transcend mere verbal conversations. In a (healthy) marriage, spouses may not need to converse much every day, perhaps because they know each other too well. We also have monasticism, in which silence is highly esteemed as a passage to the divine.

To return to Silence, I suspect that Endō attempts to teach Fr. Rodriguez and the West what silence actually means. God is silent. He is in fact silent, not because He is not a loving God, but because he is a loving God. Fr. Rodriguez does not understand this—he wants God to be loquacious. Perhaps, this is why he takes the “voice” resonating from the fumie to be God’s words, when it might not be so. In attacking Rodriguez-esque ignorance, modern atheists would argue: “I have not heard God speaking, and that’s why he simply does not exist.” This argument is a non sequitur for Endō, who via the Japanese culture seems to posit that silence does not necessarily reflect non-existence. It may very well reflect a perfection of love.

A Further Insight into the Divine?

Can there be something that the East is able to add to the Theology rooted in the West? In the development of Christian doctrine, we have witnessed how cultural differences contribute to the universal Theology: how the littleness of St. Therese expanded the scope of sanctity, or how Nazism, tragically, shed further light upon the value of suffering. Perhaps chinmoku reminds us of another dimension of silence. The faithful for the most part experience that God is silent. Though we believe that He is present in the Sacraments and through the Scriptures, to most of us He does not communicate directly. However, the silence of God need not to indicate an evil. It may actually manifest the fullness of being, as one’s charity goes beyond what is superficial. Do we not agree that faith transcends the assent to mere superficial, tangible truth? Hence, can we not affirm that divine silence may in fact be a concept that justifies the ways of God to men?

[1] I use the “West” and “East” very simplistically. More accurately, the “West” represents Western Europe and the America, and the East represents Japan in particular, given the nature of the work discussed in this article. Nevertheless, I try to formulate valid generalizations in this article.

[2] A Polish scholar, Kordzińska-Nawrocka, describes chinmoku as follows: “Its use attests to closeness and intimacy between members of the group, as it signals understanding, happiness, harmony and joy” (“Patterns of Emotion in Japanese Society”  in Codes and Rituals of Emotions in Asian and African Cultures, 245).