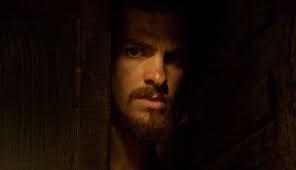 Scorsese’s film adaptation of Shusaku Endo’s Silence is true to the original. In fact, I don’t believe I have ever seen a movie that so closely follows its source. There are, of course, small changes and not all of Fr. Rodrigues’ interior monologues and narrations make their way into the film, but the plot is unchanged and nearly all of the novel’s dialogues are present. For me, having read the novel more than once, this fidelity to the text was a virtue; however, as I’ve read in a number of reviews and witnessed in the grumblings of some fellow spectators at the cinema, for those who have not read the book the movie may be tedious and difficult to follow. That said, it remains a beautifully crafted film, with breathtaking cinematography and phenomenal acting. For an excellent summary of the film, read Silence: Scorcese’s Spiritual Masterpiece by William Doino Jr.

For my part, I will focus on the “clericalism” of Frs. Rodrigues and Ferreira and how it leads to their apostasy.

To what type of clericalism am I referring? The type that says, ‘Only priests are really called to holiness and total self-sacrifice.’ ‘The poor common folk can’t be expected to live the full Gospel message, so we’ll make concessions for them that we wouldn’t make for ourselves.’ Of course, Rodrigues does not articulate this clericalism so bluntly. No cleric would. It is expressed more subtly in various ways throughout the drama.

Following the interpreter’s first meeting with Rodrigues in prison, he says to the guard as he is leaving, “He is arrogant, and so he will apostatize.” The interpreter and the inquisitor, Inoue, exploit the arrogance of Rodrigues. They even use Ferreira, who fell to the same tactics many years earlier, as a puppet to convince Rodrigues that he is responsible for the suffering of these people and only he can end that suffering. ‘They are his people, he must save them, and it is because of him that they are suffering.’ They say that the peasants aren’t intelligent enough to really understand Christian doctrine, and thus they cannot have true faith in God.

These arguments, and there are many, cultivate the seed in Rodrigues’ mind that the Japanese peasants are simply pawns – fools given a fool’s hope of life beyond the miseries of 17th century Japanese feudalism. That’s it. The actors portraying the interrogators are so convincing in their roles that I found myself, despite being fully aware of the lies, quite fond of their characters and sympathetic to their cause. That was, perhaps, the most unsettling aspect of the film for me. They are not only trying to convince Rodrigues, but also the viewer, that the Church was wrong to send missionaries to Japan in the first place; i.e., Rodrigues is responsible for the suffering and death of a few Japanese, but the Church is responsible for the suffering and death of thousands of Japanese. The result is a sense of guilt for bringing Christ to the Japanese. This deception is insidious, but it takes root in the mind of Rodrigues.

The other side of Rodrigues’ clericalism is that, in addition to demeaning the faith and fortitude of the Japanese, it also denies the true power and goodness of God. At various points in the story God is accused of being silent, which provides the film’s title theme. Despite all that is happening to His people, God does not intervene. He does not ‘save’ them from the persecution. People die, the waves continue to beat against the shore, the cicadas continue to sing, and God remains silent! Rodrigues expects something from God that he does not receive. He wants to be the one to suffer and die for his faith and for the Japanese Christians. They are not supposed to suffer in this way, and so the question slowly grows in Rodrigues’ mind that perhaps God has abandoned them or that He may not even exist.

Why doesn’t God save the Japanese Christians? Is it because He’s not there? Of course, the answer is that God does save those who remain faithful, but He does not do so in the way that the shortsighted worldly mind wants Him to.

Why, then, doesn’t God speak to His people in the midst of these sufferings to console them? But he does speak to them. He sent them the Gospel and the Sacraments. Numerous times the words of Scripture enter the mind of Rodrigues. Is that not God speaking to him? St. Ambrose said, “We address Him when we pray, we hear Him when we read the Sacred oracles of God” (De officiis ministrorum 1, 20, 88). He also speaks through the Christians supporting each other in their words and actions. It is only in his despair that Rodriques is unable to hear God, because he has stopped listening.

It is, then, Rodrigues’ clericalism – his arrogance as the interpreter asserts – that leads him to apostatize. He is not physically tortured. He admits that his life in prison is physically much more comfortable than the life he had been living while serving the peasants of Tomogi. He says that he felt more like a priest while ministering to his fellow prisoners than at any other point during his time in Japan. And yet, at the climax of the story, when the fumie is placed at his feet, he tramples. He could not trust that God would preserve those who were suffering because of His Name. Rodrigues had to save them.

However, before Rodrigues trampled on the fumie, he heard the bronze face of Christ speak to him, “Trample! Trample! I more than anyone know of the pain in your foot. Trample! It was to be trampled upon by man that I was born into this world. It was to share men’s pain that I carried my cross.” The text continues, “The priest placed his foot on the fumie. Dawn broke. And far in the distance the cock crew” (p. 271). Maybe Endo does mean to say that Jesus tells Rodrigues to apostatize. That interpretation, however, clearly cannot be reconciled with orthodox theology, as explained in Apostasy in Shusaku Endo’s Silence by John Paul Meenan. I think, given the argument I’ve presented and the subsequent role that Rodrigues plays in persecuting the remaining Japanese Christians, the command to “trample” can only be attributed to a rationalizing mind, Satan, or both. As he did in the garden, Satan twists the truth to bring about man’s fall. He promised Adam and Eve that they would be like God, and he promises Rodrigues that he will end the suffering. Both are promises that God, too, had made, but He intended to fulfill them in His own way.