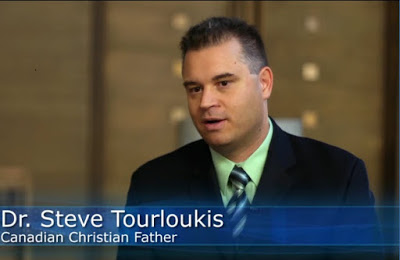 I have been asked to let readers know of and keep in prayer the case of Dr. Steve Tourloukis, father of a family, who is in the midst of taking the school system in Hamilton-Wentworth to court, to win the right to be made aware when his children are going to receive ‘education’ in sexual matters (which are usually of a highly biased variety). A lower court sided with the school board that the father had no right to know, and the case has now been argued against a higher court, with three judges, who will render their decision in the upcoming months.

As readers know, I, along with G.K. Chesterton and numerous Church documents, have serious reservations with any sort of ‘public’ school system, for as soon as we rely upon the State to educate our children, the State will before long usurp rights it should not have, as we see in the case before us.  Exposing children involuntarily to sexually explicit material is not the way to raise a morally and psychologically healthy adult.

I wish Dr. Tourloukis well, but would also recommend highly that he remove his children from the public system, and send them either to private school, or homeschool them. Even if he wins the case, there are still a whole host of problems with State-funded-and-controlled education:  the numerous issues with students who attend and the teachers who teach, from broken homes and tragic backgrounds; the mediocre or worse quality of what is taught; the bland conformity, political correctness, gender ideology, widespread immorality, immodesty and precocious sexual behaviour, ubiquitous cell phones functioning as portals to a whole world of pornography and other evils, and, well, where does one stop?

That all said, I would commend that  a rational and just decision in this court case, providing for some level of parental control and oversight, would at least be a step in the right direction, but we have many miles to go before we sleep, and I fear a whole revolution in education has to take place to ‘fix’ all that is wrong.