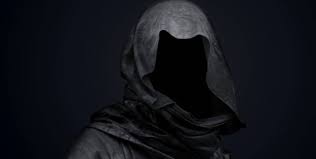 I am still wondering about the case of Father John McCloskey, the popular – or once popular – Opus Dei priest, responsible for numerous famous conversions, including former abortionist Bernard Nathanson – now charged with ‘groping’ a woman during spiritual guidance sessions. She was apparently suffering from ‘depression’ and ‘marital problems’. Said woman has now been paid – and accepted, presumably – a payout of just shy of one million dollars, given by an anonymous donor.

Here are some questions:

Could someone offer an accurate description of ‘groping’? If an accusation is made, in justice, the charge should be specific. It is akin to aggression – or now, micro-aggression – along with abuse, abusive speech, hate speech, phobias of various sorts – terms so vague as to almost be devoid of meaning.

Further, is financial remuneration the ideal way to ‘atone’ for these alleged offenses? Does this solve, or assuage, whatever harm was done?

Father McCloskey will never have his day in court to defend himself; he is purportedly in the advanced stages of Alzheimer’s, and is unable even to say Mass. So we will never really know what transpired.

Sad that a priest known for so much good – books, articles, interviews, podcasts, to say nothing of all the Masses, confessions, spiritual guidance, prayer and more prayer – may now remembered for some vague charge of ‘groping’, against which he can no longer defend himself. Alas.

Let us remember him for all that this priest has done ad maiorem Dei gloriam, and for the salvation of souls.

Yet in the world of more grievous evil, we have art imitating life imitating art. A woman in a ‘vegetative state’ – the term itself is a misnomer – has surprisingly given birth to a healthy baby boy. Staff members at the rehabilitative hospital, including trained medical personnel, had no idea she was pregnant until one day she began moaning, and the crown of the nine-month old laddie was seen popping out of the birth canal. This is reminiscent of the plot of John Irving’s 1978 novel – and 1982 film adaptation with Robin Williams – The World According to Garp, with the story flipped. That is, in the fictional account, a female nurse rapes a brain-damaged air force gunner, giving birth to the eponymous child.

There are many things that could be said about this sordid episode; we may now need guards for female patients, or have them cared for by an all-female staff. One mother of one young female patient in the same hospital is now camped out by her bed 24 hours a day, with a note on her door forbidding entrance to all staff members with an XY chromosome.

But in this trans-age, how is one to know?

We are living in lawless times, a prelude, perhaps, to the manifestation of that ‘man of lawlessness’ of whom Saint Paul speaks in his second letter to the Thessalonians, and the ‘lawlessness’ of which the Apostle speaks refers to the rejection of that interior, innate law – the natural law imprinted on our souls – which should guide our conscience. For no exterior laws, no procedures and policies and guidelines, can possibly take the place of that dialogue between God and man deep within the sanctuary of our souls, which should stop us doing evil, not least in the dark of night, when the chances of getting ‘caught’ are nil, like a ‘man’ climbing into bed with a paralyzed semi-comatose woman who cannot resist.

Once our conscience becomes that blind then there really is no redress, and we all become ‘men of lawlessness’ – and all the defenceless and vulnerable – be they women, children, the unborn, the sick, the elderly, are left to the prey of the murderous, the base, the lustful and the lawless.

If the light in us is darkness, how great is the darkness!

The man of iniquity, whenever he does appear, will find a world well prepared to receive him.

But we must stand in the light of Christ, the only light that that pierce through this stygian time, and only the Church will resist the very gates of Hell itself.