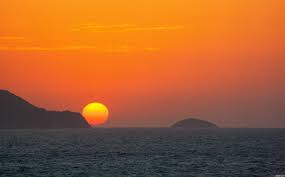 It is the most phenomenal transformation of the day, born again into consciousness, and like birth, both forced upon us and the fruit of our own exertion.  Teenagers seem to resent it most, whereas late in life it becomes a happy surprise, or sometimes, the weary resumption of seemingly fruitless toil.

The verb “to wake” is traced back to Proto-Germanic and Sanskrit origins meaning “to be lively” and “to watch”, and both meanings lead to the noun, where we attend to the body of one who has died.  The wake is a vigil, attending to a transition into mystery.  And at a wake we sit beside the empty body, and we sit beside ourselves, perhaps more than at any other time.  No one is simply there, at a wake.  There is a cool otherness where there had been a warm togetherness.  But in reaching out to others, there is a warmth that is especially warm for the coolness around it.

There is also the wake which is the track left by a moving ship.  It feels a bit film noir to watch, but it is at least as interesting as the nearing horizon on the bow.  There is churning turmoil and then swirling resolution in waves then ripples. But these indulgent divergences are too much like the sleep from which waking must forcefully break.

Unlike “waking”, “up” is in no way thrust upon us, it is something we must do all by ourselves.  That first struggle against the oppressive force of gravity requires a force of will which makes waking up a moment of battle.  That first note is a C sharp, and so everything that follows is going to have a least a faint echo of that initial jarring dissonance.  To wake up is to be a self, to inhabit your form and to project out into the world.  It is not for the faint of heart; the pump must beat strong to bring colour and vigor.  We inflate and animate, we take in and make sense of and drive forward.

Waking up is common to both humans and animals, but for us it is much more than the daily emergence from unconsciousness to consciousness. It is the perfect metaphor for all of life as we constantly awaken to an ever-broadening architectonic understanding.  We rise again from our surrender to Hypnos, sleep, the twin of Thanatos, the death wish, for another day as a stranger in a strange land.  There is an otherness about awakeness.  We are ourselves though never in complete possession of ourselves.  There is something eternal within us, within our contingent selves in a contingent world.

All the world’s a stage,

And all the men and women merely players,

They have their exists and entrances, and one man in his time plays many parts,

His acts being seven ages.  At first the infant,

Mewling and puking in the nurses arms,

Then, the whining schoolboy with his satchel

Unwillingly to school.  And then the lover,

Made to his mistress’ eyebrow.  Then a soldier,

Full of strange oaths, and bearded like the pard,

Jealous in honour, sudden, and quick in quarrel,

Even in the cannon’s mouth.  And then the justice

In fair round belly, with good capon lin’d,

With eyes severe, and beard of formal cut,

And so he plays his part.  The sixth age shifts

With spectacles on nose, and pouch on side,

His youthful hose well shav’d, a world too wide,

For his shrunken shank, and his big manly voice,

And whistles in his sound.  Last scene of all,

That ends this strange eventful history,

Is second childishness and mere oblivion,

We feel the blood drain as we take the measure of being, but then the anti-gravity within us reinvigorates and propels us back into the senses and seeing.  We are saved by our bodies; an itch to be scratched, a dryness in the mouth, a sound that distracts.  We pull back from the words and listen to the music of being.  There’s more of a dream in wakefulness than it seemed.

The nihilists call it “patternicity”; the projection of orderliness and pattern where there is none.  They say that just because man searches for meaning, doesn’t mean there is meaning to be found.  A wish does not a fact make.   And so the ontological argument seems absurd to the modern mind, schooled in the absurdity of orderliness rising out of chaos randomly.  But the honest thinker knows the mind does not project, it reflects.  Even the most fanciful creation is a recombination of things which are.  Thinking on up the line of cause and effect is bound to inspire vertigo, but the only way to keep from falling off the ladder is by reminding yourself that you know what you know, and what you know continues to be true even as each step carries you higher, further from the ground.  Nowhere, never, have we observed orderliness emerge randomly from chaos, and so to project this as a principle which over-rides all that we have ever observed, experienced and known is to let our hands turn to liquid and our ankles shake like jelly, to slide off the ladder of what is real and reasonable and fall weightless until we meet the hard and certain ground below.

Wakefulness requires a sharp certainty that we know what we know.

Joe Bissonnette teaches religion and philosophy at Assumption College school.  Joe and France are the proud and grateful parents of seven children, past, present and future students at our Lady Seat of Wisdom for Studies in the Liberal Arts.