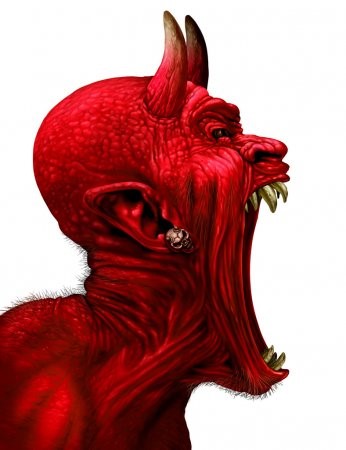 (For those who prefer auditory format, we will record some of these articles as ‘podcasts’, and please do let us know what you think).

History, in fact, is not in the hands of the powers of darkness, chance or human decisions alone. When evil energy that we see is unleashed, when Satan vehemently bursts in, when a multitude of scourges and ills surface, the Lord, the supreme arbiter of historical events, arises. He leads history wisely towards the dawn of the new heavens and the new earth of which, in the image of the new Jerusalem, the last part of the Book of Revelation sings (cf. 21-22).

So wrote Pope Benedict XVI in his third Wednesday Audience of May 11, 2005, a few weeks after he was elected to the papacy, perhaps in some ways foreseeing what was in store for us, with words of comfort to see us through.

There is a limit evil in all its origins and manifestations, from direct diabolical activity, to the sins of men, to natural disasters, plagues, pestilences, droughts and famines. There is only so much they can do, even if the devil and his cohorts present themselves as (nearly) all-powerful. But as the Gospel of the Gerasene demoniac, and the Book of Job, make clear, the evil spirits have to ask God’s permission to act, and their non serviam has a limit. The Devil was given permission to ‘touch’ Job, but to leave his ‘skin’ alone – that is, he could inflict physical evil, even on an innocent man, but his interior, his will and spirit, were inviolable. Satan would rage against the Curé d’Ars, especially when a ‘big sinner’ was on his way to confession, even burning the priest’s room, but leaving a perfect rectangle around his bed (in which he only slept an hour or two per night) – showing quite vividly and geometrically the ‘limits’ of demonic power. The holy priest quickly learned to laugh at le grappin, as he called him – which made the devil impotently rage and stamp his cloven feet even more. If there were three priests like you, my kingdom would be destroyed tomorrow! Just so.

The evil spirits are like rabid dogs on a leash. Only if we put ourselves within their range – by our own choice to sin – are we in any real danger.

Fear not him who can kill the body; but rather fear him who can destroy both body and soul in hell. (Mt 10:28)

There is a deep mystery to evil, but we know, from faith, that God only allows such for the greater good. For love requires that we choose the good in freedom, which implies that we be free in this choice; which in turn means that it is within our power not to choose the good.

God wills the salvation of all men, and we are aided in this choice for the good by His grace. There is never, ever a necessity to sin, and the devil can never, ever tempt us beyond our capacity to resist – by grace and free-will – even if we must shed our blood, like today’s Maria Goretti, and most of us will not be called to do even that. As Thomas More admitted, this is not the stuff of which martyrs are made. Like him, however, we must all be ready for that ultimate sacrifice. (Today being the anniversary of his own beheading under the tyranny of Henry VIII in 1535)

The Father is never far from us, closer than our inmost thoughts, and can always bring good out of evil, and the greatest good out of the greatest evil, even the death of His own Son. As the Pope makes clear: There is consequently a desire to reaffirm that God is not indifferent to human events but penetrates them, creating his own “ways” or, in other words, his effective plans and “deeds”.

According to our hymn, his divine intervention has a very precise purpose:  to be a sign that invites all the peoples of the earth to conversion. The hymn thus invites all of us, ever anew, to conversion. The nations must learn to “read” God’s message in history. The adventure of humanity is not confused and meaningless, nor is it doomed never to be appealed against or to be abused by the overbearing and the perverse.

The Almighty, a Trinity of subsistent love, truth and goodness, desires with all His being that we choose to love Him in this life, and be together with Him for eternity in the next.

The only real and lasting ‘evil’, therefore, as Pope John Paul II teaches in his own meditation on suffering, Salvific Doloris (1984) is the loss of this eternal good, for which we should be willing to give up everything; which is why the martyrs, although seeming to have suffered disaster, are in fact the most blessed.

It is the just of history, the victors over the Satanic Beast, who intone this Canticle on which we now intend to meditate. It is they who, through their apparent defeat in martyrdom, are in fact the true builders of the new world, with God, the supreme Architect.

So fret not, dear reader, regardless of how ‘bad’ things might get, even if we are called to live through that ‘final unleashing of evil’ that will precede Christ’s final Advent. Live fearlessly and have hope! What’s the worst the devil and his cohorts can do? Kill us all? A few moments of pain, and an eternity of limitless joy? Should we not (at one level!), like the early martyrs, rejoice in this, as death is a necessary gateway to eternal life, through which we all must cross, by hook or by crook? Saint Ignatius, the third bishop of Antioch, on his way to be thrown to the lions in the Coliseum, pleaded with his fellow Christians: Allow me to become food for the wild beasts, through whose means it will be granted me to reach God. I am the wheat of God, and am ground by the teeth of the wild beasts, that I may be found the pure bread of Christ

God knows what He is about, and all things work together for the good for those that love Him and those that belong to Him, especially the ‘least of His children’.

So choose life, that you and your descendants may live, now, and forever.