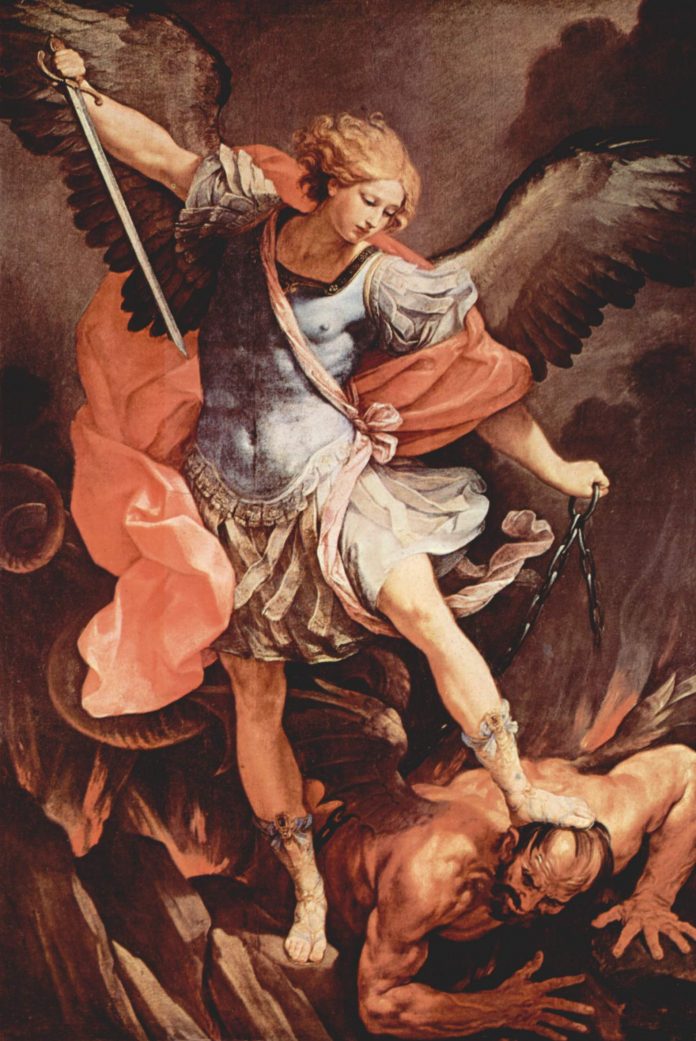 A blessed feast of the Archangels to all our readers! Father Scott’s article on the Saint Michael prayer points out that this used to be the feast only of the great defender of heaven, he ‘who is like God’, hence, Michaelmas. The other two angels were added in the revisions after Vatican II, Raphael, ‘the healing of God’, who led Tobias to his future wife, Sarah, and healed Tobit. And, of course, Gabriel, the ‘strength of God’, who brought the message to the Virgin Mary. This is but a glimpse of the role all of them fulfil in bringing about God’s providential work.

This feast represents the ‘myriads upon myriads’ of heavenly beings – supernatural persons of pure intellect and will who serve God, as described in today’s readings Daniel and Revelation. Their intercession is powerful indeed, so pray to them today, and throughout the year, for what intentions you have, for yourself, the Church, the world, which needs such more than ever.

The travails in the spiritual realm are mirrored here on Earth, for the two, heaven and earth, are not separate, but rather coalesce into one complex reality, a coalescence most evident most in our own selves, where we exist between the two, and the battle internal, not for our bodies, but for our souls.

This is manifested in the strife in the Church, which is but an external type of the strife in the depths of our own being. We must pray for peace, not so much in the world – yes, for that, but more so, for peace within ourselves, which comes through faith, hope and charity, a deep immersion in the mystery of God, by the sacraments, and by prayer, not least, on this day, to His holy angels, who do His will.

Be not afraid! I am with you, unto the end of the age…