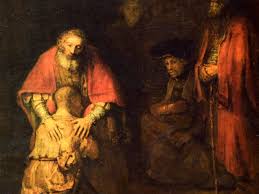 Many members of the Millennial generation are strongly concerned with social justice. They are die-hard Democrats (or NDPers, in the Canadian context), and leftism is virtually their religion. To say that one supports Donald Trump is equivalent, for them, to saying that one worships the devil. Except that it’s worse, because they don’t believe in the devil.

Their righteous do-goodism can be irritating, but it does contain some truth. The motivating virtue of this world-view is, of course, justice. Justice to women, justice to racial minorities, justice to people with same-sex attraction, and so on.

It occurs to me that in order to reach this generation, we have to speak the language of justice, but in a new way. We can acknowledge the necessity of justice in general, and of social justice in particular. But we can also challenge them to think of justice beyond the context with which they tend to associate it. There is justice to other people, but there is also justice to a higher power, the God who created all of us. Take the analogy of a family: It’s important for brothers and sisters to be just towards one another—to be fair in their dealings with their siblings. But they also owe a debt of justice towards their parents (and vice-versa, naturally, but we won’t deal with that here.). This justice will largely take the form of gratitude. Parents sacrifice a great deal to give their children life and the means to make life enjoyable; it is only just that children acknowledge this sacrifice and thank their parents for it when the occasion calls for it.

I’ll give you a personal example. A few days ago, my son Eric bought a talking stuffed toy version of Captain Underpants (I know, I know). He delighted in this toy, which he purchased with some gift money from a relative. Sadly, the toy got lost when we stopped at a restaurant during our road trip to Iowa. No amount of searching could turn it up. So the next morning, my husband rose early and hit the department stores in search of a replacement. He tried one after another without success, until he finally found one that carried it. He returned across the store parking lot, triumphantly holding up the misshapen sac of stuffing (whose automated declaration, “Fear not! This planet is safe under my watchful eye!” somehow didn’t make me feel any safer). When we entrusted the toy into Eric’s eager arms, we prompted Eric to say a big thank-you, which he did quite genuinely. The point is that it was only right that Eric thank his father, and if he hadn’t done so, we would have felt the injustice of that.

The same is true in our relationship with God the Father. God has given us everything—even the very fact of existence. If justice can be defined as giving others what is due to them, we can never actually fulfill the demands of justice towards God; but it’s right to try. It is fitting that we give God what we can, which is our respect, and devotion, and gratitude. St. Thomas Aquinas says that the virtue of religion is “a part of justice” (II. II. q. 81. a. 4). We might even call this virtue “religious justice.”

The irony is that by loving God we open ourselves to receiving His abundant love more fully, which does far more for us than we could ever do for Him. Nevertheless, worshipping God is still the right thing to do, and we should do it.

There is a drawback to this argument, which is that if a person doesn’t believe in God to begin with, he  is not going to be convinced that worshipping Him is just. If the person is honest, however, he will at least acknowledge that, because of the debt we owe to God if He does exist, we can’t be content to rest in a passive agnosticism that ignores the question of God altogether. We must seek to discover whether or not there is a God; and if we find that there is One, it is only just that we should worship Him.