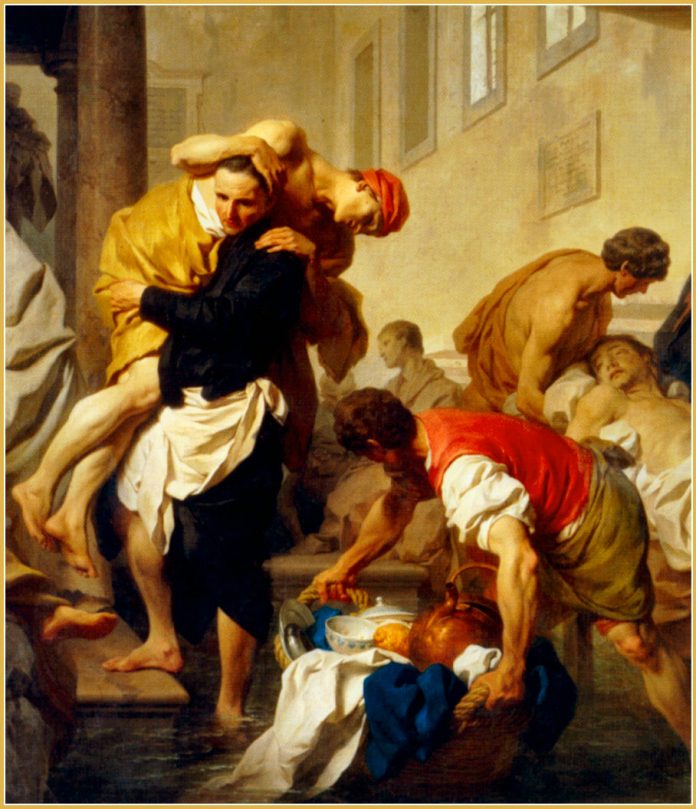 Today marks the 228th anniversary of the official beginning of the French Revolution, back in 1789 with the storming of the Bastille prison.  Much ado is made of this ‘storming’, even though there were only seven inmates still there. The Marquis de Sade (from whom we derive the term ‘sadism’) had been imprisoned for his licentious books, but was transferred out ten days earlier.

The bloodshed of the Revolution was in many ways a reaction against the tyranny of the ancien regime, which had oppressed the common people, signifying what Saint Thomas states about the over-reach of public law.  Some of the causes of the revolutionaries were just, but in the end, their means were most unjust, to put it mildly. Untold thousands, priests, nuns, laymen, put to death in the most horrific of ways.  As happens in most such things, the ’cause’ ended up devouring its very protagonists, with Robespierre in the end facing  (or is that ‘heading’?) the same guillotine to which he had sent so many.

A sermon I heard this morning  mentioned the Revolution, which is partly why I am reflecting upon this historical ‘event’, which helped shape not only modern France, but the modern world. As the priest reminded us, however,  the best revolution, really the only one that can fulfill justice, is the one motivated by charity, a revolution within the soul, as was the case most significantly in today’s saint, Camillus de Lellis, a dissolute soldier, a giant of a man, addicted to gambling, who, facing his own illness (a lifelong  suppurating leg wound, incurable in his own day), went to the hospital in Rome, and, seeing the deplorable conditions, decided to do something, that is, begin a revolution.

He adopted a disciplined life of prayer and good works, reforming the hospital, caring for the sick, gathering others around him, often in what seemed  impossible circumstances that would have made lesser men despair, and began an Order, of Clerks Regular, Ministers of the Infirm, better known as the ‘Camillians’, which still continues now, centuries on, as does the example of charity and sacrifice of this saint of God.

That is the real revolution we need, within our own hearts and souls.  If every Catholic lived even minimally as they should, the world would, I dare say, be converted tomorrow.  If we strove for the greatness of Camillus, it may well be converted today.