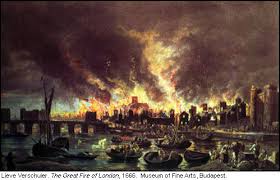 By the time you read this, London (the one in England) will have elected a new mayor.  The residents did not have much of a choice:  A Muslim, raised in Britain, of Pakistani lineage, or a multi-millionaire playboy kicked out of Eton for smoking pot.  Not a surprise, that London would eventually end up with an Islamic mayor, given that in many regions of Britain the most common newborn name is Mohammed (of various spellings).  The choice is symbolic:  The weakness of the West symbolized in the playboy, who has never had to work a day in his life.  And the Muslim, whose father was a bus driver, who helped put his son through law school, and, insofar as one still can nowadays in our socialist system, worked his way up through the ranks.  Perhaps the Islamic Europe envisioned in Houllenebecq’s dystopic novel Submission was more prophetic than even my pessimistic mind thought.

And speaking of tough choices, it looks as though it’s going to be Trump versus Hillary next November.  Blowhard reality TV star who says, and does, whatever comes into his fevered, billionaire mind, versus a woman with principles about as diametrically opposed to Catholic ones as one can imagine.  Ted Cruz, like him, love him or hate him, I think had it right in his farewell speech:  America may well be headed for some kind of abyss.  What kind of hell-esque scenario remains to be seen.

And speaking of the inferno, the wildfires continue to rage in the region of Fort McMurray.  As we know from the Catechism, nothing is by chance in God’s providence, so there is some meaning in this apocalyptic scenario.  Many are blaming, guess what, climate change, as this shrill headline in the New Yorker makes about as clear as one might want:  Fort McMurray and the Fires of Climate Change.  Hot and dry conditions?  But one might think that if CO2 is causing  a greenhouse effect, it would be hot and humid.  But what do I know?  Are they implying that ‘Mother Nature’, who, like some Greek nemesis, chose the oil-producing centre of Canada to call down her wrath?  The climate zealots seem to get more religious everyday.  Maybe some eco-terrorist started the blaze, just to blame Mother Nature, like the bored 18 year old firefighter in BC who started fires just to have something to put out, a phenomenon more common than one might think.

We should pray that people are kept safe, along with as much property as possible.

And speaking of life, today is the anniversary of Tim Bosma’s death, the Ancaster father who was selling his truck on-line, climbed in with two shady-looking prospective buyers, and never returned.  The two men are charged with shooting him point-blank, in a bizarre attempt to steal the vehicle.  The lives of these two sexually-deviant spoiled-brat hoodlums and their pathetic girlfriends, whether guilty or not, makes for depressing reading, and says much about modern Canada that they not only survive, but thrive in our enabling milieu, and still want more.  You may want to arm yourself if you plan on selling anything on Kijijii.

But hope:  Today is also the feast of Saint Francois de Laval (+1708), the first bishop of Canada, a saintly ascetical man who lived for the salvation of souls, and whose original diocese spanned much of eastern Canada and the United States.  The souls were not that numerous back then, but he laid the spiritual foundation for the millions who would move to this land from Europe and elsewhere. His remains lie in the cathedral of Notre-Dame in Quebec City, the oldest church north of the Spanish colonies in Florida and New Mexico.  We should pray to him for a renewal of faith in this country, and for a spirit of courage and counsel for our bishops, as we also begin the oldest novena in the church, to the Holy Spirit, counting down the days to Pentecost.