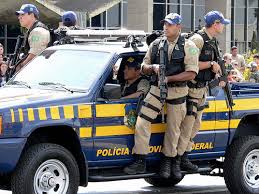 For those of you who, perhaps rightly so, misconstrued my article on the collapse of the rule of law, please do be aware that my intention was not to present an anti-cop, nor pro-‘Black Lives Matter’ piece, but rather to use the current situation in America to show that ‘law’, understood in the broad sense as a balance of authorities, is breaking down, a result of the more fundamental crumbling of our moral foundation. The fact that police officers now fear for their lives every time they approach a vehicle is proof of this. Will we all now face a loaded pistol in our face, with a sweaty, twitchy finger on the trigger, every time we are pulled over for a traffic peccadillo? Or will we all have to exit our vehicle, and lie spread-eagled on the tarmac, hands folded behind our head? What are police allowed, and not allowed to do with the civilians whom they are hired to ‘serve and protect’? As is natural, and bombast aside, most police officers in the heat of the moment are more concerned with protecting their own lives than yours.  If there is no law, nor clear procedure for police, where does this all end? The slippery slope to Brazil, Colombia, or any other even worse tin-pot dictatorship, where the police-military rule a state of anarchy and chaos, is not as far as most people might think.  As I have written before, who will guard the guardians, if the guardians have no law, or are above what law there is?

The headline stated that, if elected, Trump would be the only candidate to reject climate change. I truly dislike ambiguity, especially of the deliberate variety.  Of course, the climate is changing, perhaps even radically so.  What Trump ‘denies’, or at least is dubious of, as far as I know, is the anthropogenic cause of this change of climate.  Is it all, or mostly, caused by human activity, or inactivity? That, dear reader, is the billion-trillion dollar question, for a lot hangs in the balance, from population control, to economic stagnation, to United Nations control of sovereign countries, to our whole view of the cosmos and Man’s place therein.

Here is the current consensus:

According to NASA, 97 per cent of climate scientists agree that the world is getting hotter and that man-made carbon emissions are to blame. Ten of the warmest years in history have occurred in the past 12. Studies show the Greenland and Antarctic ice sheets have decreased in mass, while the world’s oceans have risen on average nearly 18 cm in the last century.

That is disingenuous, for the “97%” is of a very selected group, a congratulatory, mutually reinforcing climate-change glee club.  Many reputable and well-published scientists also deny the reality of anthropogenic climate change, but they are not included in whatever group constitutes the ‘97%’.  Rather, they are shunned, fired, ostracized, not allowed to publish, denied funds and so on.  One need not be a conspiracy theorist to realize that there is something a lot like a conspiracy (that is, a ‘breathing together’) going on here, not to mention the grafting of untold amounts of money.

British politics just gets weirder.  After the Brexit vote, most of the campaigners, for and against, left the field to re-enter whatever ‘private’ life they have. Now even the Prime Minister has walked off the job. Not realizing his microphone was still on after his brief resignation speech, he was heard (and recorded) humming a little hip-hop ditty to himself, along the lines of too-doo-da-doo, which has, of course, been remixed both as a classical fantasy and dance tune or my favorite is the lady who develops the short ditty into a Bach fugue. (You could spend a whole evening perusing the memes on this theme). O joy, o bliss…Well, would you want to lead Britain at this point forward?  Now it is left to a woman, Theresa May, to bring Britain through the stormy days ahead, but from initial reports, she is no Maggie Thatcher.  We can pray that she may rise to the occasion, before the island nation goes adrift in its own troubles.