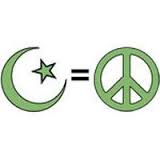 In another well-reasoned article by William Kilpatrick (we may disagree with some of his tone, but his points are good), he alludes to a curious exchange of late between Robert Spencer, who runs Jihad Watch, and Monsignor Robert Swetland, on the apparently peaceful nature of Islam, following upon the Holy Father’s remarks to that effect.  There was some debate whether Catholics are ‘bound’ to believe that Islam is, by its nature, irenic.  I listened to the end of the debate, and the Monsignor does seem to claim that Catholics must hold to Church teaching on the good intentions of the ‘Prophet’s’ religion, based not just on Pope Francis’ statements, but also the teaching of the Second Vatican Council.

Some distinctions are in order here:  To begin, the Church cannot really teach ‘on Islam’, for Islam is not part of revealed doctrine, nor a corollary thereof, which is the only proper sphere for Magisterial authority.  As paragraph 25 of the Church’s Dogmatic Constitution (Lumen Gentium) makes clear, the Pope and the bishops may teach definitively only on ‘faith and morals’, which comprise the deposit of divine revelation.  God did not reveal Islam, and, hence, the Church cannot define what Islam is, or is not (and the same holds for Buddhism and Hinduism and any other religion, or indeed any topic outside revelation).

We may corroborate this dogma (to which Catholics are bound) with common sense, which tells us that there is no one unitary Islam, nor is there an Islamic ‘Magisterium’.  The Qur’an, their own ‘sacred scripture’, is a hodgepodge of suras, many of which are contradictory not only to Catholic dogmas and to reason, but also to each other.

The brief declaration from the Second Vatican Council on non-Christian Religions (Nostra Aetate), which discusses primarily Judaism, but also mentions Islam (and other pagan religions), is a well-intentioned document, following from Christ’s own admonition to strive to think the best of others’ beliefs and to find common ground for peaceful dialogue. Pope Benedict XVI himself lightly criticized the document as being somewhat too optimistic, and we should be aware that Church documents, even those from an ecumenical Council, need not be perfectly formulated, and may be rather imperfect at times; after all, they are not Scripture, nor are those who write them God.  They may be free from doctrinal error, but that is a different question.

Thus, I would posit that Catholics are bound in charity to think well of others, including all individual Muslims, but we are also bound to be realistic.  Church teaching (and again, the Church cannot ‘teach’ on Islam) can never contradict reason.

And it is reason that tells us that Islam began as a violent religion, that it still has violent strains within its billion adherents (of greatly varying devotion), that even amongst the vast majority of those who do not commit violence, there are many who condone it, and many more, we may presume, who are supporters of Sharia law which, upon even a cursory glance, is ‘violent’ in its letter.  Not least, what are we to say of the near-universal teaching of Islam that one must be coerced to remain in the religion once one ‘submits’ to Allah, and that the price of such ‘apostasy’ is death?  Is not this ‘violence’, at least to one’s freedom of conscience and religion, also proclaimed at Vatican II?

A final note from the news today in Canada, with the headline that

The study was a tad too modest, as one discovers upon reading further:

The study says what worried them was not the presence of extremist literature, but that they found nothing but such writings in several libraries.

Canadian Muslims with humanist and modernist outlooks are being drowned out by those with extreme views, the study says

At the end of the day, one of the few things we can say definitively about Islam is that it is fissiparous, which is to say, that it splinters into factions by its very nature, something one can read of in its earliest origins (giving rise to the numerous Sunni and Shiite varieties and sub-varieties, and sub-sub-varieties, on and on, and so it goes).

Although the Holy Father is free to offer his opinion about any issue he likes, we are only bound to what he teaches definitively on faith and morals.  Outside of that, we are free to use our reason, to take his words to heart, but at the end of the day, at times, to disagree respectfully, or at least withhold assent.  To paraphrase the Major-General from Gilbert and Sullivan, we not only may, but must, apply our noggins philosophical and historical, not just on Islam but on any topic we may choose to ponder.