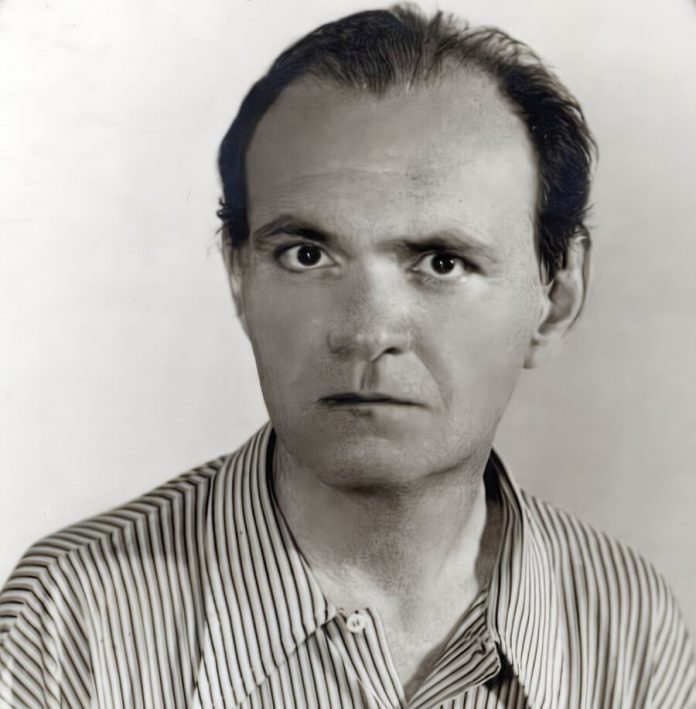 In the 75 years since the end of the Second World War and the Holocaust, it is still hard to say how much the world has lost, particularly in the area of music. Some music survives from this time, such as the Catholic organist-composer Olivier Messiaen’s Quatuor pour la fin du temps, which was written when he was a prisoner behind German lines. Despite what does survive, there is certainly far more music that was destroyed and forever lost with the death of many composers in the concentration camps.

Marcel Tyberg is one such composer, whose music was nearly lost forever. He was born in Vienna in 1893 to a musical family, where his father was a violinist, and his mother was a pianist. Little is known about Tyberg’s musical education, though it is known that he was an accomplished pianist and organist as well as a composer. After his father’s death in 1927, Tyberg and his mother moved to Abbazia, then a resort town in Northern Italy, but now modern-day Croatia. While there, he wrote dance music under the pseudonym ‘Til Bergmar,’ but also taught music, conducted, and was a local church organist. After the Nazi forces occupied northern Italy in 1943, they required that anyone with Jewish ancestry in the last seven generation be registered. Tyberg’s mother did as was required, notifying the authorities that her great-grandfather was Jewish. She died shortly thereafter of natural causes, leaving her son, a pious Roman Catholic, to face the Nazis alone.

Tyberg was a composer of powerful works, namely three symphonies, two Masses, as well as chamber and instrumental compositions. All of this music was nearly lost, but thankfully survives. Tyberg knew he would soon be captured, and in anticipation of this, he entrusted his manuscripts to Milan Mihich, whose son Enrico was a student of the composer. Tyberg was soon deported by the Nazis and died in 1944 at Auschwitz. The Mihich family later fled to Milan when the communists encroached, and the father died in 1948. Enrico assumed the responsibility of the manuscript collection, which he took with him to Buffalo, New York, where he became a leading cancer researcher. In 2001, Dr. Mihich met JoAnn Falletta, the conductor of the Buffalo Philharmonic, with grocery bags of Tyberg’s manuscripts.[i] Falletta then took on these scores, and thanks to her hard work, the Third Symphony was performed in 2008 and recorded on Naxos. This symphony, along with the Second Symphony (recorded in 2013 also by Falletta), is in the lineage of Anton Bruckner and Robert Schumann, and is a lush late-Romantic work. The finale of this magnificent work was finished in 1943, the same year the Nazis occupied Abbazia. The music reveals an urgency, and ends seemingly too soon, being less than half of the duration of the first movement, as if Tyberg were scribbling away frantically while his captors knocked down his door.

More recently, Tyberg’s two Mass settings, both with organ accompaniment, have been performed and recorded by the South Dakota Chorale in 2016. Mass No. 1 in G Major is a wonderful composition with soaring lines and rich harmonies, and could have been used in the liturgy in the composer’s lifetime, although we sadly have no way of knowing this. After a bright Kyrie movement, the Gloria is quicker and jubilant, with meditative, fugal passages interpolated against the festive character of the other sections. The Credo is of a moderato tempo, with chromatic harmonies drawing attention to the most profound sections of the text. These occasional “left turns,” wherein the harmonies abruptly change in an unexpected way, are akin to the Masses of Bruckner, himself a devout Catholic. The Sanctus is exultant, particularly on the first, “Hosanna in excelsis,” in which the music crescendos greatly, while the Benedictus is quiet, but as the “Hosanna” returns, so does the forte singing of this glorious part of the Mass. After all of this lovely choral singing, the Agnus Dei features a soloist, who sings the first iteration of the tripartite text. The choir soon joins in again, growing in volume and urgency toward the section, “miserere nobis,” or, “have mercy on us,” after which the finale section of the Mass Ordinary ends quietly and peacefully.

When asked about beauty of Tyberg’s music in spite of the approaching darkness, conductor JoAnn Falletta says, “It’s about the beauty of the music. And of course, patterning himself after Bruckner and Schumann. Especially Bruckner, the kind of spirituality he had, I think he was following that. Music was meant to be beautiful. Yes, there are moments of darkness in there. But he was not affected by the net of terror that was probably growing around him.  I think like most people he could probably not believe it would get to that point.”[ii] Enrico Mihich recalled once of his teacher that, “Tyberg was a believer filled with deepest piety. So, for instance, he has completed a Te Deum which was to have its first performance at the consecration of the enlarged Abbazian church. On the evening before, I attended the last rehearsal in the dimly lit church. The organ played, and all…sang to God’s honour and praise. I listened, moved by the music as I had been moved only once before – listening to Mozart’s Requiem. In that night Italy ’s fate was decided for a long period to come. It was 25 July 1943 [when Mussolini was forced out of office].”[iii]

While little is unfortunately known about the particulars of Tyberg’s Catholicity, his deep devotion speaks through his music, a profoundly beautiful music despite the terrors that surround him.