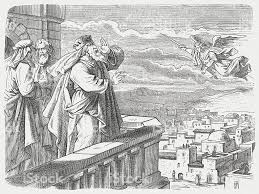 Back in biology class, we debated whether viruses were ‘alive’. They’re certainly the lowest form of living thing, if living at all. They cannot move themselves, but must be moved around by others – as we have discovered.

But they can replicate, but only by using the replicative processes of other organisms. They burrow deep into the cell, taking over its DNA, using the cell’s machinery to produce its own genetic material, and copies of itself, the protein sheaths that contain the genetic material of the virus. After producing thousands or millions of copies, the cell bursts. When this happens to enough cells, we, the host of the virus, get sick. How sick, depends on the level, depth and type of infiltration of the virus. But many of you may already know this, as we sit around the house Wikipedia-ing virology.

In the end, however, it is difficult to predict what viruses can or cannot do, even by experts – a point to which I shall return in a moment. More or less, we learn what a virus can do when a virus has done what it can do. Also, they can mutate, season by season, region by region.

All in all, nasty little critters.

One might view this current pandemic from a scientific lens, fighting it based on what we know of the coronavirus family, their history, their physiognomy and so on. So the search is on for a vaccine.

There is also the epidemiological lens, how the virus spreads through populations. In part, this goes back to the scientific – how it hangs in the air, on surfaces, its mode of transmission. But this also includes the behavioural, the aspect which most affects all of us.

To stop the spread of the virus – recall, they themselves cannot move, and if this thing had been left in Wuhan, in Wuhan it would have remained – we change we live and move, often in what seem strange ways: Masks, coughing and sneezing into one’s sleeve, watching what we touch, not putting our hands to our noses, eyes and mouth (nearly impossible), and, the word of the day, even of our age, ‘social distancing’, the most controversial and most difficult of all.

Which brings us to the legal lens. Initially, the social distancing was voluntary, but now, not least with the recent declaration of the ‘Emergency Measures Act’ (formerly, the War Time), the government – that is, the police and even the military – have been given ‘emergency’ powers, which in normal times would be immoral (and I might argue, still are, even in extraordinary times). Hence, the laws now against gatherings of more than ten people, and, most recently, enforced quarantine for those likely affected.

Our own resident tin-pot would-be dictator, Trudeau, is getting all butch, beard and all, after poo-pooing any need for extreme measures just a few weeks ago, shipping off now-much-needed medical supplies off to China; not limiting travel from and to China; and keeping the porous border with the United States, including the illegal crossings that are tacitly tolerated.

As he warns Canadians in his attempt to invoke an interior authority he does not have, ‘Stay home!’, and, ominously, ‘no measures are off the table’, in this all-out war against this virus. One Italian mayor threatened flame-throwers against those who violated quarantine, one hopes jokingly; but, as I am wont to say, in joco veritas.

I prefer to see things through a theological lens, which, if done prudently and with reason, is the truest of them all. Pope John Paul II, in his 1984 meditation on suffering, Salvifici Doloris, taught with every punishment sent to us, there is always a ‘complex involvement with sin’. It may not be our sin, but sin it be, from the original sin of Adam which resulted in our fallen nature, all the way to the sins of our own nation, soaked in the blood of the unborn, and now the elderly and sick, the mutilation even of children in the name of ‘transgenderism’, for which Trudeau, pere et fils carry a grave responsibility, whatever their own culpability in at least Justin’s apparent vacuous muddledness – one can only hope that they know not what they do. And that goes for all of us, to some extent, along with them, for not doing what we should, for going along to get along, for not praying and sacrificing enough, for just being too soft and complacent.

We need what in Scotland we call a ‘tobering up’, a kick in the pants, a wake-up call, for we have all taken things too easily and for granted.

Yes, we must do what we can – within reason, along with divine, natural and ecclesiastical law – to limit the spread and damage done by this virus.

But we should also keep in mind the broader theological and eternal perspective, that this is all sent for our good, from which we must draw what good we can, and the virus will last as long as God wills that it last.

Ponder the story of King David, after taking his illicit census of the people, demonstrating his lack of faith and trust in God, for which God offered him three choices as punishment (2 Samuel 24: 1-25): Famine, fleeing from his enemies or a pestilence. David chose the last one, since, rather than be under the power of men, he would “fall into the hand of the Lord, for his mercy is great”. And, indeed, the “Lord repented of the evil, and said to the angel who was working destruction among the people, ‘It is enough, now stay your hand’.

But for that mercy to be granted, we, from the highest to the lowest, as in Nineveh, must beseech God, repent of our sins, that He may spare as many as He might. Even, perhaps especially, without the sacraments – and I will have more to say on that shortly – we must keep up our prayer life, our examination of conscience, our own conversation with God, His Mother, the angels and saints, as best we might.

If we do not, and we continue in our sin, even if this virus burns itself out, as they all do eventually, another evil little critter, or another calamity, will befall, and, as Christ warns the cured blind man, may well be worse than the first.