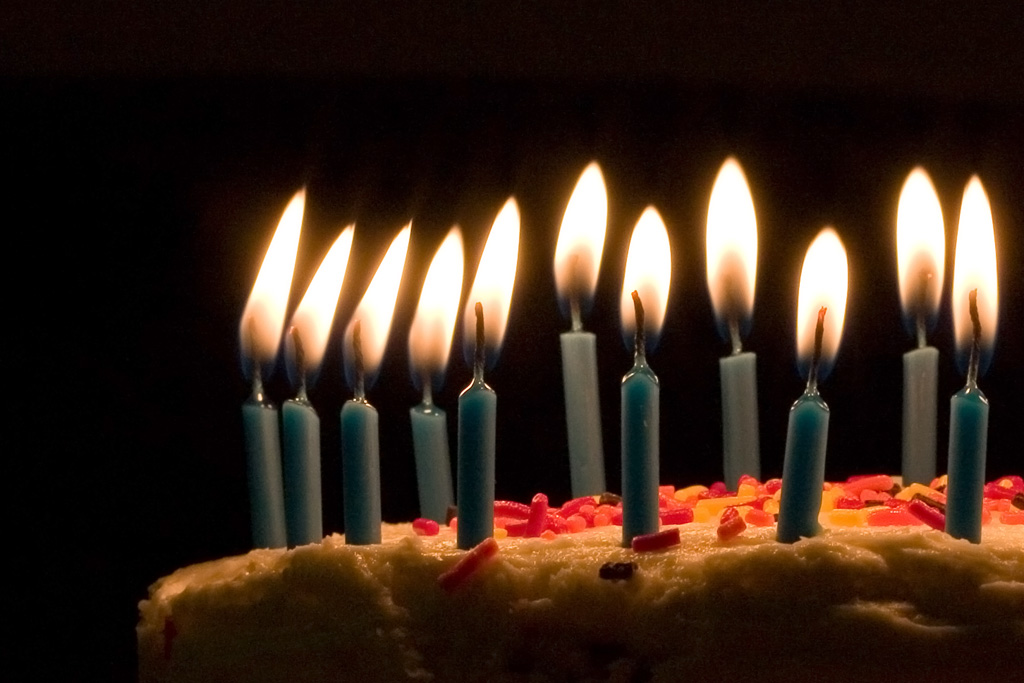 I am constantly surprised at how hard the process of growing up is.

Having just turned twenty-seven, I think that perhaps I should be used to the uncomfortableness of it all, just a little. But I’m not. Perhaps it’s not how difficult it is that surprises me. It’s more like … how un-ending it all is. Just as I reach a state of equilibrium, just as I congratulate myself on having reached the status of an okay person who has it together, I crash and burn in the most ugly way.

This past Saturday, my long-suffering Spanish Omelette (term of endearment) (not really) looked at me and groaned. “You’re mad at me again. What now?”

I flung the deadly “I’m fine” into his face. Needing to know all the whys and wherefores of everything, he dug it out of me.

The previous night we had celebrated my birthday. Having only a half-day of work that day, I had done all the prep work, but asked him one thing, the very morning of the party: find a cake. He warned me that he had a chaotic work day ahead of him, but I shrugged that off. Pop into Waitrose or call Patisserie Valerie. How hard could it be?

Well, he arrived half an hour late and cake-less, and that just SET ME OFF. So I hated him for the rest of the evening. And all the next morning, until I saw him at lunch. Never mind that there was way too much food to begin with. Never mind that we had cupcakes and ice-cream and piles of candy. I had ASKED FOR CAKE AND WANTED A CAKE.

He stared at me, open mouthed, as I let him have it about my dashed cake-dreams which had crashed and burned into a pile of crumbs. Except there were no crumbs because THERE WAS NO CAKE.

And then he asked me to consider what he HAD done.

The minute I started thinking about it—in an honest and fair way (this is key, my friends!)—I knew I was in deep water. As in, I was being a spoiled brat and really needed to get over myself.

He had rushed from work on a Friday, as quickly as he could, after a long day in which he probably hadn’t had time to go the bathroom, let alone figure out a last-minute cake. This was on top of an even longer week, where he’d had a few twelve-hour work days. And yet, he had arrived to the party cheerful and helpful, concerned with making sure everyone had all the drinks and food they could desire. He had constantly checked to make sure I was happy with how things were going, he picked up beer bottles and plates and wiped up spills in endless rotation, and emptied the garbage over and over. He made everyone laugh, and made sure that they had a safe way home.

And all I could see was that I didn’t have cake. The embarrassing thing is that I don’t even EAT cake.

So I apologized and resolved to do better.

Which worked great, until we walked to a friend’s house that evening (as in, the same day) and I started ranting about something else. Poor little Spanish Omelette.

Which brings me to growing up. Something that I have had to realize, is that there is a big difference between knowing what your faults are and being able to stop them dead in their tracks. Sometimes it feels as if I am watching myself in slow motion as I speak, while that tiny part of my brain reserved for rational thought is going: Are you sure you want to say that? Oh no you DIDN’T. Okay this isn’t too bad … this can be salvaged: How about you just stop right there and say sorry? Really? You are going to keep plowing ahead with this? Don’t you know that you look like a psychotic banshee? I am PRETTY sure this will keep you up tonight. You will lie in bed and wonder why you are such a terrible person. And yet you KEEP speaking. Unbelievable.

After repeated sessions of this, I had a lightbulb moment. This is me. Being negative, not giving the benefit of the doubt: these are two of my big struggles. They aren’t just going away simply because I have noticed them and would much rather they not be here.

And that was such an important thing to realize. Each time my good intentions have failed to materialize, I have looked at myself in shock, as if this is a side of me I didn’t even know existed. In me, at least, that just leads to a type of bleak devastation. “I am such a terrible person. How could I say that? What is WRONG with me? Where did this even COME FROM?” Then I make grand plans to never let this happen again because I don’t want it to and therefore it will not.

To treat deeply ingrained habits and weaknesses as things that you can just reject and get over is vastly unhelpful. It’s really not that simple. You can make the resolution to change in an instant, but the process of change will be slow, and it will be painful, and you will keep falling. Possibly in the same area, for the rest of your life. Until you die.

All of that is no excuse to not attempt change. Not at all—that’s what life is for. But to know and name those faults which you will probably struggle with for life is a pretty good antidote for the discouragement that the continuous shock your unacknowledged faults can bring, and the despair that trying to conquer yourself all at once can cause. You can treat your faults like the unruly toddlers they are—with careful handling they are controllable, and not overwhelming—and not like a psychotic monster that will overwhelm you with one gulp.

You can also begin to see patterns, and even improvement. For example, a year ago I used to get mad at the unfortunate Spaniard probably once a day. Then, I realized that I had a problem with not letting the small things go. So six months ago, my spurts of banshee went to every three days. And now we only have a big blowup about once a week, except for when I am pre-menstrual and then nothing is guaranteed.

All this is necessary for one’s own sanity, of course. But it is also so incredibly important in one’s dealing with others. If you have even a smidgen of patience with your faults—especially for those nasty ones which won’t stop popping up—and if you are in the habit of searching out small improvements and gaining hope from them, then it allows some understanding and patience for anyone else around you who is also struggling (i.e. everyone. Literally: everyone).

Instead of rolling your eyes and curling your lip at a loved one’s bad habit which they just can’t seem to shake, you can stop looking at that speck in their eye and cast the plank from your own. You can admit that, yes, their faults drive you mental, but you are not any better.

Furthermore, because you have learned to have a little bit of patience for yourself and to focus on the getting back up part, instead of the falling on down (yet again) part, you can give them a little love and encouragement because it’s so tough, but they are trying, just like you are.