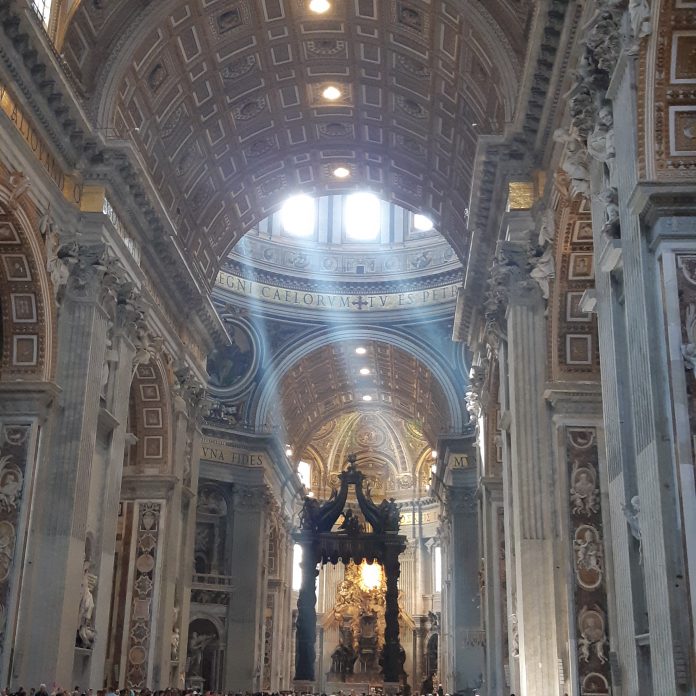 Whether the young and drunkards both abound in hope is a question asked by Saint Thomas in his treatise on that most enigmatic and – we must admit – all-too-neglected virtue (I-II, q. 40, a. 6). He answers in the affirmative, reasoning that, to the youth, lacking experience and history, the future seems large, expansive and full of potential, as well it should. Also, their bodies and their spirits (and the drunk, because of other kinds of ‘spirits’) – are also exalted and exuberant.

And so it should be. As Pope John Paul oft declared, the youth are our hope – in large part, we might add, because such hope naturally abounds in them.

One of the most deleterious aspects of these dark and apparently hope-less days, with lockdowns and minimal social interaction, is the consequent loss of hope, especially in the young. I will not here recount all the bad news – after all, this is an essay on hope – but anecdotal evidence and statistics are not difficult to find, from lassitude and depression, to drug use, desultory sex and suicides.

Such need not be so, if we reflect upon the nature of hope, a virtue, whose object is the ‘good’, one that is difficult, not yet attained, but within possibility. The more difficult, the more hope comes into play, stretching us beyond our comfort zone, and then some.

The ‘easy’ good has not much to do with hope. We don’t ‘hope’ to wake up in the morning, unless we’re on the point of death. Nor do we hope that we will have dinner, or that the sun will rise, for these are regular and expected. Life is about striving for the higher things and the greater good.

I just finished reading Willa Cather’s novel One of Our Own, about the coming-of-age of a farm boy, Claude Wheeler, in Nebraska. At one point, after his friend, Ernest describes their regular, predictable, and comfortable life on the farm as “the best life in the world, Claude“, our protagonist, muses that there might just be such a thing as too much safety and security:

But if you went to bed defeated every night, and dreaded to wake in the morning, then clearly it was too good a life for you. To be assured, at his age, of three meals a day and plenty of sleep, was like being assured of a decent burial. Safety, security; if you followed that reasoning out, then the unborn, those who would never be born, were the safest of all; nothing could happen to them.

Life must be something that ‘happens’, and not just a humdrum avoiding, all the while waiting for, imminent death.

When he thought he had at last got himself in hand, a moment would undo the work of days; in a flash he would be transformed from a wooden post into a living boy. He would spring to his feet, turn over quickly in his bed, or stop short in his walk, because the old belief flashed up in him with an intense kind of hope, an intense kind of pain, – the conviction that there was something splendid about life, if he could but find it!

Even at a natural level, hope is a virtue on a knife-edge, and can never be satisfied with just ‘staying home and staying alive’, eating take-out and watching telly. Such hope finds the humdrum, the complacent and the easy good, cloying. In the spirit of magnanimity, hope strives for the higher things, even – nay, especially – those that involve risk.

Claude’s restlessness signifies something deeply true:  The ironic end-point of ‘stay safe’ – the au courant, de rigeur motto (or is that mortis?), our greeting, our farewell – is the ‘safety’ of death, even if it be a living one. If waiting for Godot is futile, what are we to say of spending life avoiding, yet inevitably dreading, the cold embrace of the grim reaper?

Life means risk, to oneself and even to others. As soon as parents strap their children into the minivan for a trip, there is danger. Hiking up a mountain? Airplanes? Bicycles? Rigorous studies in a competitive program? Courtship, love, romance, perhaps unrequited, perhaps not? Marriage, which Chesterton calls a duel unto death? Pregnancy and childbirth? Visiting and caring for the sick? Writing, and putting one’s ideas and stories out there for criticism? All risky endeavours. And all eminently worth it.

Here is George Orwell from his dystopia, 1984, now again a bestseller:

What hope is there in a homebound world, with everyone treated like nonagenarians in nursing homes? And even ‘working’ might soon go, with the rise of artificial intelligence, robots and drones.

A headline from a leading conservative Catholic paper struck me recently: Balancing Lives and Livelihoods, Catholics Clash over Pandemic Positions. But it’s not primarily about ‘livelihoods’, nor even economics, as though those against draconian decrees just wanted to make a buck and keep their jobs. Rather, it’s a deeper existential question, about life itself, the very idea of what it means to ‘live’.

There seems little in the way of natural hope, at least in the near future – but we Catholics don’t live merely in the realm of nature, and of this world, a point elaborated beautifully by Benedict XVI in his 2008 encyclical Spe Salvi. In hope elevated to a supernatural level – salvific hope – we have a far more solid foundation, what the Letter to the Hebrews calls our hyparxis, whose goal is eternal beatitude, the attaining of which rests not on the power of man, but of God:  we have an anchor for our soul, as sure as it is firm, and reaching right through beyond the veil where Jesus has entered before us and on our behalf, to become a high priest of the order of Melchizedek, and for ever.

Natural hope, on the contrary, is fickle and capricious, ebbing and waning with transient things – supernatural hope is solid and abiding, declaring that even if we lost all – in the world’s eyes – we have in fact gained everything.

Our goal and our purpose is heaven, and all that we do, or don’t do, here and now only makes sense, and has value, from that perspective, sub specie aeternitatis.

For those in a state of grace, there is one virtue of hope, coalescing the natural and the supernatural, with the latter predominating as the goal becomes more ‘impossible’, for it is then we must rely upon God alone. This becomes quite poignant for those whose lives are tragically cut short or unfulfilled: The unborn, the toiling poor, slaves. Jack London’s To Light a Fire is a tale of natural hope ebbing away, without much of the supernatural. The martyr waiting for the headsman’s axe has also lost all earthly hope, but is suffused with the supernatural. Hence, their joy, inexplicable to the soul mired in this world.

And such joy should be ours, flowing from our divine hope, even if we are doomed to an Orwellian prison-state until Christ’s return.

But we’re not quite there yet, and there is hope still, of both the natural and supernatural sort. I am reminded of the character Ian Malcolm from the 1993 film Jurassic Park, nature always finds a way. Young – and not-so-young – people will always ‘find a way’ to get together, to meet, to court, to sing and dance – while the lugubrious despots in their attempt to impose a global totalitarian gulag have their day, before shuffling off this mortal coil to what fate awaits them.

Our hope, as our faith, must become like that of Abraham’s – hoping even against hope, in God and His promises. A priest in a recent homily mentioned that between God’s promise to Abraham – that he would be the ‘father of many nations’ with descendants too numerous to count – and Abraham and Sarah actually conceiving Isaac, twenty-five years elapsed, as the already aged couple grew ever-older, and the promise seemed ever-more impossible, slipping into the desert horizon.

We won’t likely have to wait that long for divine intervention of some sort. God always, always provides a way to follow the path He wills for each of us. It may not quite be the ‘way’ we expected, but all the better for it – and we, especially the youth, must risk all to find it.

Our exhortation to the young, and the not-so-young: Trust in God. Love life. Carpe diem, and rejoice in the time God has given you. As Christ predicted, they will be ‘marrying and being given in marriage’ right up to the very last day – and He does not imply this is a bad thing. We may also say the same of those being ordained, entering convents, starting schools, learning an instrument, rejoicing with friends, and whatever other endeavour, great or small, may strike your fancy. All this – life itself – great and small, provides material for that life that will never end.

At least that final couple, proclaiming their promises as whatever metaphorical meteor strikes, will have known even briefly the bliss of that most blessed of bonds between two human beings.

Keep hoping, even against hope, right to the very edge of doom.