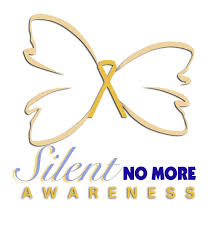 On a late winter’s evening, my mother left her body like a discarded nightgown on an unmade bed. I was sitting by the window when I received the news of her death and as I looked out into the inner garden, I realized that it was she who had first taught me the importance of beholding beauty and to consider life as a gift of infinite value.

This loss led me to revisit the death of my own child, years before, and prompted me to begin to make peace with my abortion decision. Despite the passage of time, I was still grieving, vulnerable to remorse and shame. Obviously, I hadn’t agreed with my mother’s sentiments when I chose to terminate the life of my unborn child. Instead, I considered that such a personal decision should be entirely based on my own needs. As I confronted the memories that lay hidden beneath a veneer of excuses, I exposed a level of sorrow that at times was almost beyond bearing. After struggling with my guilt for years, I knew that if I wanted to experience healing, it was time to make amends.

I wasn’t able to do this on my own—an organization, Silent No More Awareness, which counsels post-abortive women accompanied me. As I walked through painful memories, volunteers provided opportunities to make restitution, which included speaking about my own abortion to a vast crowd attending various pro-life marches. This was extremely difficult to do. Causing offense was my biggest fear, and public testimonies did just that. I was making personal remarks that I knew could lodge in the heart like a knife. My only justification was that it might help someone avoid the same mistake. Regardless of my dread, I continued to take my story of regret wherever I felt brave enough to share it and forced myself to debate with those who opposed my point of view.

In addition to public appearances, I focused on praying for the needs of children threatened by abortion.  They became my spiritual children and have no idea that a stranger has been helping chart their lives since even before their birth. Some mothers have asked for prayers, and when they share the outcome—sometimes with a child in tow—I am overwhelmed. I see it as God working through me and changing what was a most grievous mistake into a miracle. This side of heaven, I’ll never know who has been the beneficiary of my transgression, but I do know that in His infinite mercy, God is able to overcome even our gravest offenses.

Whenever I witnessed in front of an abortion center or spoke at a pro-life gathering, I would again experience profound sorrow over my decision. This was to be expected. As God explained, I had destroyed someone who belonged to Him, a person of infinite value whom he had entrusted to my maternal care. Instead of nurturing baby Zachary, I had him dismembered. Knowing the details of gestational development now, I realize what horrific pain I inflicted on my child.  It is not surprising then, that rectifying this injustice and making restitution would cost me a good measure of pain and anguish.

Wanting to support me in my abortion recovery, the Lord eventually led me on a spiritual pilgrimage to Santiago de Compostela. This particular journey is famous for stripping away layers of accumulated habits and reducing life to its essentials in order for one to experience a deep inner cleansing. The pilgrimage was not so much a physical trek as it was an interior journey into the pain of my abortion experience. Before I could embrace God, I needed to make atonement for the lethal harm I had inflicted and the self-justifications by which I tried to excuse myself. Only after that could I find comfort in His forgiving embrace.

I thought the Camino had cured me, that I’d put to rest the ghosts of my past, my guilt and sorrow. While it did much to restore my spiritual health, I apparently needed to visit Lourdes, a famous pilgrimage site, for further healing. I was to immerse myself in its famous waters so that I could reemerge, symbolically reborn. The thousands of cures recorded in Lourdes were a profound testimony to the power of Jesus at work, and just as He had healed the paralytic in biblical times, he healed me. I was confident at last that my transgressions had truly been forgiven.

However, just so I wouldn’t think that my work was over, now that I felt spiritually restored, I was invited to walk the Way of the Cross in Jerusalem and unite my daily trials with His suffering, for the sake of my neighbor—those countless men and women who were struggling with heavy burdens of their own. The last few paces brought me to the tomb of Christ, and before entering, I prayed that He would continue to be present in my life and direct my footsteps according to His Will. At that time, I sensed no particular need—I was basking in the healing I’d received in Lourdes. But something quite remarkable did happen. In emerging from the tomb, I sensed I was leaving behind all the accumulated transgressions of my past.  My life had been restored by His grace, and if I remained faithful, there was a promise that extraordinary things would come my way. Since that experience many years ago, my spiritual journey has indeed reflected a change, and my life has been truly transformed by the Grace of God.

Chapter excerpt from the book, “The Eternal Comfort of Home”, by Suzanne Formanek