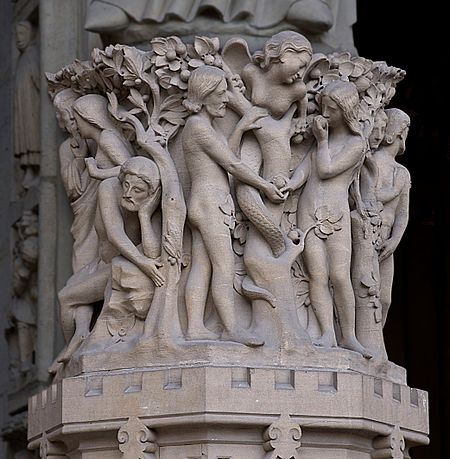 First there were the twisties – not a wardrobe malfunction, but a loss of muscle memory in gymnasts, who ‘forget’ their routines, and where their body is in space. In other sports, they’re called the ‘yips’: pitchers throwing far wide of the plate; seasoned soccer stars missing penalty shots by yards; and quarterbacks fumbling and stumbling over easy plays. Psychological studies indicate that such players revert back to a cognitive way of operating, instead of relying upon their deeply-ingrained habits. In other words, they think too much.

Such was the fate of gold-medalist Simone Biles, tied as the most decorated gymnast of all time. She blamed the ‘twisties’ for her withdrawal from some recent Olympic events, with her ‘mind and body not in sync’. But that seems far the lesser of her problems, for the Catholic Biles, an icon to countless young women, who has brought her rosary to events, and who has now sadly – is this nearly inevitable? – come out as ‘very pro-choice’, and we all know what ‘choice’ she means, for mothers to abort their unwanted children. In this case, Ms. Biles rails against the fate of children who may end up in the ‘broken’ foster care system, as she did. Here are her own words on Instagram:

I already know this is going to star the biggest argument & may even lose followers BUT I’m very much pro-choice…Your body. your choice. Also for everyone gonna say ‘just put it up for adoption’ it’s not that easy & coming from someone who was in the foster care system TRUST me foster care system is broken & it’s TOUGH especially on the kids & young adults who age out & adoption is expensive…im just saying

Such a position signifies some deep spiritual malaise. Kill children rather than have them end up in a potentially difficult life? Do two parents, a white picket fence, and safe, suburban milieu ensure freedom from suffering? And why should a possible sacrificial life be a sentence of death? Is not the Cross the very path not just to heaven, but to the strength that derives from overcoming obstacles in this life, as Ms. Biles did? Does she think that she should have been aborted, and does she consider herself one of the fortunate, or unfortunate, ones? Is she dissatisfied with her life as it has turned out?

Questions abound about what happened to Ms. Biles; her own formation; who or what got into her head; the culture of death in the toxic vapours of wokey-wokeness, and on it goes. Her replies to some of the comments – some admittedly unhinged themselves – display a deep and unresolved anger. We cannot judge her soul, but she needs our prayers. Any support for abortion is a grave moral evil, compounded in this case by the scandal her fame affords, the tragic message she is giving to innumerable young women especially.

One small detail may be found in the corner of her post:

& don’t even come at me if you couldn’t keep a mask on, or refused to wear one.

Is Ms. Biles trying to make some sort of equivalence between non-masking, and the dissolution and dismembering of pre-born children?

Much of the moral life is about proportion, weighing the good and the bad in each of our choices, and it is intriguing, if admittedly odd, that such dis-proportionality is widespread throughout whatever moral universe the ‘left’ inhabits. There is a significant, if ironic, correlation between one’s support for abortion, and one’s investment in draconian protocols for Covid. One explanation for which may be unresolved and displaced guilt, like a mother who has had an abortion, over-protecting the child she did permit to live. Mask up! But feel free to murder babies, and, while we’re at it, put to death the elderly and sick that the masks are supposed to protect.

This heresy might be termed Fauci-ism in whatever history books may be written.

Proportion is also one of the key principles of beauty, and we may hope that Ms. Biles rediscovers such beauty not only in her own remarkable physical ability, but, more to the point, in the moral harmony of her Catholic faith. Choose life, that you and your descendants may live! Even – and especially – in difficult circumstances. Your own mother did, and I’m sure she regrets it not.

I feel less sympathy, in fact a good dose of schadenfreude, at the recently announced resignation of another self-professed Catholic, Andrew ‘I will never resign!’ Cuomo, soon-to-be the some-time governor of New York. Good-bye, and good riddance. There are few more pro-abortion leaders on the planet, and he’s up there, or down there, with Justin Trudeau and Joe Biden, who also tout their Catholicism – with nary a word from their bishop for any of them, as they all march merrily up for Holy Communion.

Cuomo was hailed as a hero for his response to Covid, even though he warehoused infected old people into nursing homes, leading to the death of thousands – we still don’t know how many – all the while imposing some of the most restrictive policies on the planet on a city full of healthy people. This was not long after he removed any restrictions on late-term abortion in his state, right through all nine months, lighting up the city to celebrate.

This was not what brought him down but, as the zeitgeist now goes, it was his inappropriate, unwanted and unreciprocated touching of, and comments towards, women. At first, like Bill Clinton, he was protected, all the late-night ‘comedians’ slavering over him, admitting – ha, ha – their own ‘Cuomo-sexuality’. But it got too much, as more and more women came forward, and the house of cards toppled. Now he is vilified, and tossed to the curb. In a sense, he’s right: I don’t think even slick Willie would now get away with what he did to countless women, not least young ingénue White House intern Monica Lewinsky after her ‘services’, and whose life was thereafter more or less ruined.

Mr. Cuomo, admittedly for what seem lesser malfeasances, scarcely apologized, saying that’s just ‘who he is’, that everything he did was ‘out of love’. The hot blood of the ancient randy Romans runs through his veins, and what is he to do? It was the culture that changed over these decades, not good-old-Italian-boy Andrew Cuomo, his creased visage staring out at the camera. Although we must careful relating physiognomy with morality, one commentator did mention his sins seems etched into the lines around his eyes and mouth. We get the face we deserve at fifty, as the adage goes.

Of course, we are all responsible for our moral decisions, and, rather than blame his Italian lover-boy culture, his bizarre behaviour could just be put down to ungoverned passions in the governor, left to run amok. This might also help explain how zealous he is for abortion, one of the primary causes for which, as Pope Saint John Paul II taught, was just such ‘trivialization of sexuality’. There is only one woman a man should touch in a sexual manner – his lawful wife – and even then, with tenderness, care, chastity and fidelity, which requires a disciplining of one’s passions and affections. This is far more manly – and romantic, we might add – than the puerile pawing lust of middle-aged misanthropes.

There but from the grace of God go we all. We may hope that with that same grace, both Ms. Biles and Mr. Cuomo, as they retreat from the spotlight, take that time to reflect, ponder, pray, and return to the full light of truth. For whatever time we have left, it is always limited, and we know neither the day, nor the hour.