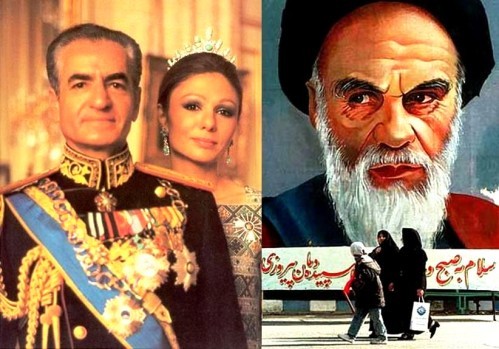 (Here is one from our archives, from 2014, and from Sarah Gould’s reflections, the world has not changed all that much in the last half-decade. Her thoughts are still worth pondering).

Once I almost ran over a woman with my car. Years ago I was in a grocery store and a quiet, pretty lady about my age unknowingly took my cart. Our eyes met and she apologized. We both politely smiled and went on our way. We met again at the cashier—she was right behind me loading her groceries onto the conveyor belt. We caught each other’s eye again and smiled a bit bigger. I paid, left and went to my car and as I put it into reverse and glanced behind me (inching backwards), there she was directly behind me. My heart stopped and I pumped the brake. Our eyes met once again and we recognized one another and laughed out loud. It was quite the intimate moment, for a couple of strangers—I felt as if I’d known her for 20 years. That had never happened before, and it’s never happened since, but there was something special about that woman and that moment.

It’s been years since I thought of my stranger-friend, but she came to my mind again the other day when my husband interviewed a Muslim woman for one of his university classes. I remembered my “friends’” eyes and her pretty headscarf as my husbands’ interviewee spoke about the importance of prayer and family and about her love for God.

We’re hearing so much right now about the crisis in the Middle East—about ISIS, murders, violence and unspeakably horrific cruelty Islamist insurgents and terrorists are spreading through Mosul and beyond. Christians have fled the city: six hundred thousand of them have left their homes and families with nothing but the clothes off their backs, to go God knows where, and have probably just escaped with their lives. Some weren’t so lucky. I’ve heard of crucifixions and rapes, homes being marked and usurped by the Islamic state, entire convents and monasteries being cleared out, religious being driven away or murdered. It’s hard for me to grasp the gravity of the situation—the utter destruction and the likely destitution of these brothers and sisters in Christ—while I sit in my home, safe from violent religious persecution.

And it hit me pretty hard. How do I acknowledge what is happening to my brothers and sisters in Iraq and mourn for them, yet still open my heart to my brothers and sisters in Christ, the people around me, especially those who may share the same faith as those doing violence to Christians several thousand miles away from me? Isn’t that my calling, as a follower of Christ? Turn the other cheek? Aren’t we to love our enemies and pray for those who persecute us, and more importantly, not to fear those who kill the body, but rather those who kill the soul?

My husband and I talked about his interview for a good hour afterwards, mulling over the woman’s thoughts about life and faith and I confess I felt a strange affinity for her, something akin to what I felt for my stranger-friend in the grocery store. She and I have similar outlooks. We’re about the same age. We share similar thoughts about God and family, we live in the same town and have similar dreams and aspirations. And moreover, I liked her and admired what she’s accomplished in life.

Be that as it may, I can’t pretend that this isn’t a strange and fearful time for our world. I can’t live as if the highly complex and volatile geo-political and social situations our governments are faced with at the moment in regards to the Middle East don’t exist just because there are nice people in the world. There is no easy answer to the question of what to do about religious persecution and terrorism, no pat solution (and I don’t envy the people in government working through these problems). I only know that when I look on these issues with the eyes of the world I dissolve in fear. And I can say with certainty that this is not the way of Christ. In more lucid (and prayerful) moments, I gain back the right perspective—that is that no matter what happens, we are each obliged, out of Christian duty, in this moment to love the people around us—the next-door neighbour, the woman in the grocery store, the guy in the next cubicle at work. We are also commanded to pray and sacrifice unceasingly for peace in war-torn areas and for Jesus to reign in the hearts and homes of every person on earth. Prayer and sacrifice are ways in which we can show solidarity with our suffering brethren, and help us to focus on our duty of the moment, which is to love. Because Christ is the answer. Christ is the Way. When we take up our daily cross with love and joy we can rest and be joyful in the knowledge that we don’t have to worry about the past, present, or the future. He’s got it all in hand.