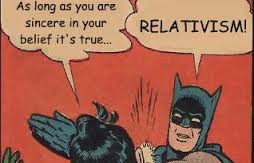 The other day, I sent a friend a couple of articles regarding Ontario’s first legal assisted suicide including John Paul Meenan’s “The Totalitarian Imposition of Euthanasia in Canada.”

My friend, although a lapsed Christian is a well-meaning individual.  He longs for self-transcendence but, as many people do, searches for it through false avenues.  It consistently seems to elude him but I pray for him that he will receive God’s grace (as I do for many others).  Sometimes this friend seems so close but still so far from recognizing truth.

He is an unfortunate result of the complete morass of Western culture.  This quagmire we find ourselves in is in large part due to the unmitigated control the media, through newspaper articles, TV shows, movies, etc., has over society. For instance, many journalists writing for major newspapers are expected to follow a script which often ridicules religious beliefs while bolstering liberal secular viewpoints.

It is a time where unreflective thought is frequently celebrated.  Slogans and caricatures of real issues posted on Facebook and Twitter feeds are considered to be enlightened wisdom.  Indeed individuals in general, even though thinking they are free to decide and vote, have been the victims of systematic brainwashing through the internet and other various media outlets.  The question is, can democracy truly cope with such monsters?  With this type of manipulation and control, the answer seems quite grim.  Despite the ease of access to all sorts of information including credible and valuable sources, through the internet, society as a whole has lost its ability to think critically and sift the good from the bad.  This is also a sad reflection of many who consider themselves to be university educated.  The corrective to this problem is education emphasizing critical thinking, through which can be liberated from the shackles of liberal secular ideology that has dominated so much of our academic institutions for the past 50 years or so.

Often times, when we find ourselves in moments where we think that we cannot help someone like my abovementioned friend, there is an opening, no matter how slight.  My friend responded to the article with some questions that opened the possibility for dialogue. He asked why one should not be allowed to kill themselves if they want to, particularly if they are not physically capable. Then he proceeded to ask what the “big picture” was surrounding such issues. What follows is part of my response to him.

Doctors are not “compelled” to provide physician assisted suicide. However, part of the big picture includes doctors being implicated in physician assisted suicide through “effective” and “timely” referrals despite their personal and/or religious beliefs. This does not set a good precedence; things could easily digress in the foreseeable future. It makes doctors who have a moral conscience against such practices into accomplices.  It is a form of totalitarianism.  Those interested in informing themselves should read the “Interim Guidance on Physician-Assisted Death” published by The College of Physicians and Surgeons of Ontario.

In the end, it all comes down to what is ethically right. If we are just accidental unplanned assemblages of matter where consciousness and the “self” (i.e., when you say “I am”) is merely a delusion then ultimately questions about life and death have minimal value and are ultimately of no consequence.  This is the presumption that is taken into Canadian legislations; those of pernicious unreflective secular dogmas.  North America is turning into a greater mess every day.   It reflects an ongoing celebration of the culture of death, at both extremes of human life. It is an abolishment of the human person and our supposed dignity. One will only begin to understand how society will slowly devolve into the depths of nihilism as things move more and more towards this direction.  It is also a culture of relativism (which is impossible to live out consistently) where slogans such as “that’s his/her choice, it has nothing with me” are mindlessly repeated. Well, once it begins to affect you personally then you start to see that moral relativism does not work.  It is ironic to see those who deem themselves “progressive” typically uphold moral and religious relativism. As progressives, they cannot improve their morality. There is no moral reform since this presupposes an objective standard of acting but this is what is denied by relativists.  If there is no better method of behaving then there can be no improvement. After all, it is ultimately “his/her choice.” There are no real moral standards, just preferences.

Evil has to be denounced for what it is. That is why questions about the afterlife, God and God’s nature are fundamental to ethical issues. Otherwise, as Protagoras declared, “man is the measure of all things.”  In the apocalyptic lyrics of King Crimson’s song, Epitaph, a similar pronouncement is made:

“Between the iron gates of fate. The seeds of time were sown. And watered by the deeds of those, who know and who are known. Knowledge is a deadly friend if no one sets the rules. The fate of all mankind I see, is in the hands of fools.”

These poignant words beautifully capture the state in which contemporary Western culture finds itself in.

A mutual friend of ours, who is a Muslim, many years ago made a comment that stuck with my friend.  He said “everything in this life is a test.” Indeed, I pointed out to my friend, who years ago had repeated this saying, that this thought was absolutely right, that is, if there are eternal consequences to our actions in this life.

God provides us with opportunities to make an impact on the lives of others.  Sometimes we do not see the direct or potential impact of our action but we must always be prepared to be a witness to the gospel through our varied talents in whatever way we can.  It is my hope that my friend will give more thought to issues of life, death (suicide) and God.  This will help us to do God’s will and help others to draw closer to Him. Let us be reminded of St. Paul’s much needed words:

“We demolish arguments and every pretension that sets itself up against the knowledge of God, and we take captive every thought to make it obedient to Christ” (2 Corinthians 10:5).