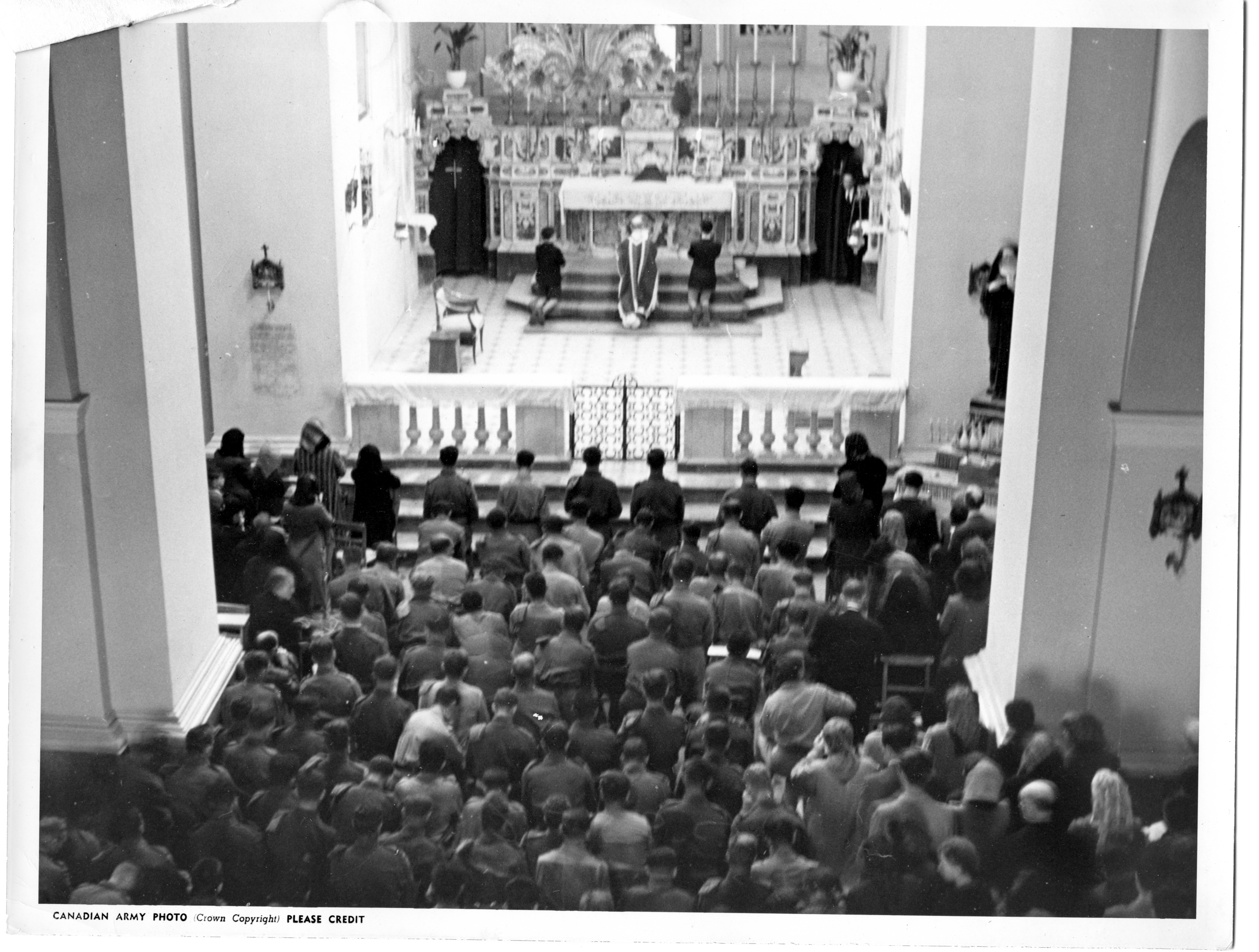 First comes faith. Faith in God and in His power to help, faith in the righteousness of our cause, faith in ourselves and in ultimate victory. The faith which moves mountains can work other miracles, and thus upset the natural order of things.

“More things are wrought by prayer than this world dreams of.”

Do not misunderstand me. I do not advocate as a means to victory either faith or prayer alone, coupled with complacency. Heaven forbid. But I do believe very strongly that the man who receives help from above is better fitted to accept responsibility, better armed for the combat. The man who believes that he will live until God’s appointed time has come will face danger, serene and unafraid.

Yes, Christian and soldier are brothers-in-arms and their standards, the Cross and the sword, are side by side. And so let us live true, just, and clean lives; for the man who has won the battle in himself will more easily win the battle over others. Thus you will gain the respect of your men—they will follow through thick and thin a leader with a keen mind, a strong will, and a clean heart.

After love of God comes love of country. Since the beginning of time, the patriot has been honoured in song and story and in the hearts of his countrymen. True patriotism is a deep-rooted, deep running observance of duty to, and religious fervor for, one’s native land. Renowned for their ardent and religious patriotism, were the Greeks—a spirit which has lived on to this day. When Leonidas and his gallant band grappled with the overwhelming foe, what else but love of country inspired them even unto death?

I have recalled this glowing page of history because, in our own short Canadian history, we cherish a similar incident on a small scale as to numbers but equal in sacrifice and in glory. In 1660, Dollard des Ormeaux, with 16 companions, saved the whole Canadian colony by sallying forth from Ville-Marie or Montreal to meet many hundreds of Iroquois. They too died that others might live.

In the last war and this one, Canadians followed the heroic example set by Dollard. You too, I know, will perpetuate this noble tradition. How great is the honour bestowed upon you to be the defenders of freedom, your dear ones and your homes! Remember the words of the poet:

“Strike—till the last armed foe expires,
Strike—for your altars and your fires;
Strike—for the green graves of your sires;
God, and your native land.”*

Young men of Canada, flower of our nationhood, onward to victory. The sun for you is shining in God’s heaven. Go forth into the full warm light of battle—there, in sacrifice, you will find scope for brave and generous hearts.

In the hour of combat, may God bless, guide, and protect you. Later, when the clash of arms is heard no more, when the flames of war subside, you will return to a country which, thanks to your valour and suffering, will be greater and nobler.

This will be your glorious reward.