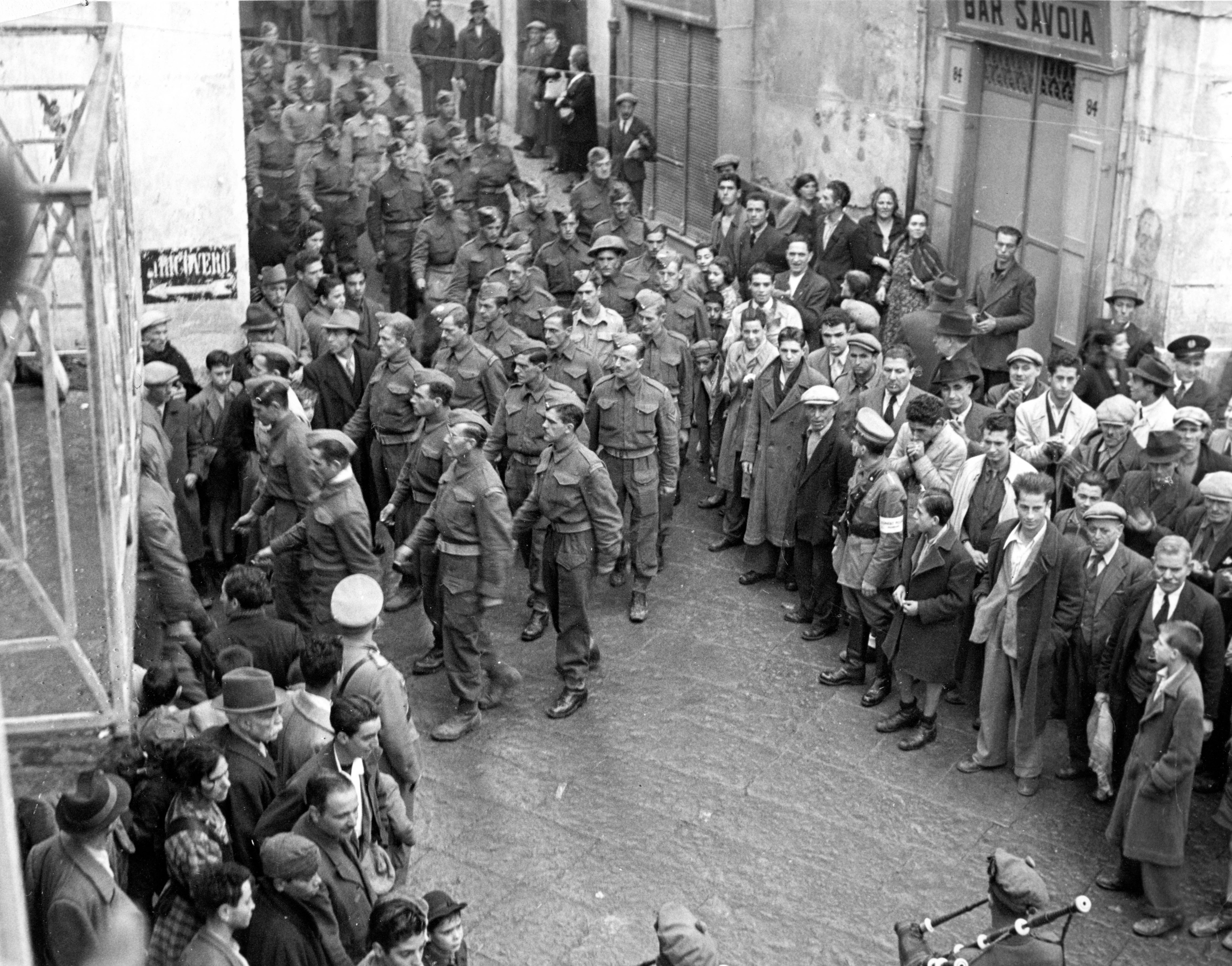 Shown here about to enter Campobasso’s Holy Rosary Church are Roman Catholic personnel of three Canadian infantry units. Fresh from the Italian front, where they had been relieved by soldiers of other units, they celebrated Mass conducted by Capt. A. J. Barker of Saskatoon. Pipe Band of the 48th Highlanders of Canada, shown in the foreground, piped the men to church while applauding and cheering Italians lined the route.

Frank Sheed, from The Church and I
Doubleday and Company, Inc. Garden City, New York: 1974.

Cardinal Hinsley never tried to rid himself of his Yorkshire burr. We hear of a scene in an officers’ mess. When the Cardinal came on, the others began by leaving the chair near the radio for the Catholic chaplain: in no time they were all listening in utter stillness. At the end he said “And now, on your knees.” And on their knees they all went, as he prayed (p 249).

As brave a thing as any recorded in the war was done by Captain Fogarty Fegen. He was in command of Jervis Bay, an armed merchantman, convoying a group of ships. A German warship appeared. Fegen headed for it, firing with his pathetic handful of guns. His ship was sunk, of course. But the delay gave time for the convoy to scatter and in the end the raider sank only four out of the thirty-eight. The ship we were on picked up some of the crew of one of these. I remember an old sailor particularly—he had clung to a raft for two days and nights in the Atlantic in winter. He looked very hale and sounded very hearty. I mention this incident because on a visit afterwards to Halifax I met a priest who knew Fegen and learned that he had been a daily communicant and had spent a long time praying before the Blessed Sacrament before going on board for his last journey. I found myself thinking of a comment Newman made soon after he joined the Church: “This is a religion!” (p 246).

The Body and Judgement