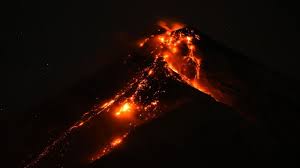 A blessed feast of Saint Boniface, (+735) the 8th century Apostle of Germany and what is now Europe, of which he is now the patron, a tireless and fearless missionary bishop who stood up to the implacable pagan Frisians, setting up dioceses and churches, converting untold numbers, before being slain in odium fidei by a pack of armed robbers.

Europe owes much of its heritage to missionaries such as Boniface, but the ‘European Union’ (insofar as such exists beyond the paper and bureaucratic surface) refuses even to recognize, never mind instantiate, this foundation, as evinced by the absence of such in its 2004 Constitution, and the policies put in place, from immigration, to crucifixes in schools, and the all-encompassing ‘reproductive rights’ imposed on once- Catholic nations. Hence, the chaos.

But the tide may be changing, as various countries within the union are rediscovering their Christian identity, with politicians now coming out as explicitly Catholic, with one Italian politico waving his Rosary and declaring his devotion to the Church, Christ and His Mother, Hilaire Belloc-style. There is hope, and Boniface, we may be sure, is interceding for Germany and Europe from his heavenly perspective, which sees the long game, not the short one.

On that note, the Supreme Court in America seems to be rediscovering some level of sanity, as they decided 7-2 in favour of Colorado baker Jack Philips, who in 2012 refused to prepare a cake for a ‘gay wedding’ (which would be neither gay, nor a wedding). The initial decision of the Orwellian Colorado Civil Right Division decided against Mr. Philips, but the Court ruled that that ruling violated his deeply held religious convictions.

I am still wary of the power given to these unelected nine high-priests, whose decisions make or break law, but at least in this case they landed on the right side, if not fully for the right reasons (after all, there should be no right to ‘gay weddings’ in the first place).

We are re-posting an updated version of Paula Adamicks’s three-part series on the Follies of Feminism, which appeared in the print edition of Catholic Insight a few years ago. Please do enjoy, and we will do this now and again to present to our new readers, and archive on-line, some of the key, and still very relevant, articles the magazine has published over the years.

While on feminism, what is Premier Kathleen Wynne thinking? As you may have heard,as the sitting leader of the province of Ontario, she has publicly conceded defeat, toppled her king, thrown in the towel, and this a few scant days before the election this weekend, an unheard-of spectacle. Ms. Wynne advises her would-be supporters vote instead for the NDP, to ensure the Conservatives under Doug Ford do not get a majority and impose their (to her) invidious, hateful and discriminatory policies.

Is this desperation? It certainly has caused consternation and anger amongst Liberal loyalists, many of whom are currently going door to door, pounding the pavement and opening themselves to a face-full of abuse, to garner one more vote for their progressive, and much despised, Premier. And now they are left hanging out to dry.

Or, dare we even think it, is this a ploy of Machiavellian cleverness? A ‘poor-me’ moment of Hamletian dimensions, that galvanizes her would-be voters to say, well, what humility, what devotion to the cause, throwing herself under the bus, only to rise phoenix-like from the asphaltian ashes to another landslide victory, and yet another round of governing glory? Here’s hoping the metaphorical bus does its work, and for a resounding electoral defeat for the unrepentant socialists, Liberals and NDP both. May some level of sanity reign as it does here and there in the U.S., at least for a time. But is that asking too much at this point?

Outside the increasingly fractious and futile arena of politics, the economic disaster that Ontario and Canada are courting, looms. President Trump has imposed heavy tariffs on Canadian steel and aluminium products, which will further cripple what few actual resources and sources of wealth we have (and the Kinder Morgan pipeline fiasco does not help the other source of wealth, oil. Who’s going to drill and transport the stuff now anywhere near Canada?).

Chrystia Freeland, our federal Minister of Foreign Relations, seems to the Americans more foreign than relation. She is now reduced in desperation to a sad and maudlin claim upon the ‘friendship’ between Canada and the United States. Friendship? Perhaps they recall with some resentment our burning down of the White House in August 1814, in the final days of the War of 1812. I read somewhere that the presidential house was then pink, so we did them a favour on that score. Two hundred years on, relations have warmed, but we know not whether Trump has fuzzy feelings for Trudeau and all things Canuck. What we do know that for him, business is business. It’s what makes people wealthy. Canada should try it out.

Pray for the Guatamalens, in the midst of their erupting volcano, spewing ash and fire thousands of feet into the atmosphere. Unlike the slow moving, turtle-esque pace of the Hawaii’s Kilauea, these lava flows race down the mountain at 60 or more miles per hour, with temperatures of over 1500 degrees Fahrenheit.

There is a lot under the Earth’s rather fragile crust of which we know very little. Down about 100-200 km, rock is at the melting point, forming frothing infernos at temperatures of thousands of degrees, just waiting to burst forth as ‘lava’ to the surface through the mountainous vents we call volcanoes.

The 30 km crust (in places less) hovers rather precariously upon the 6000+ km of Earth’s semi-liquid interior, itself swirling around a theoretical solid iron core. It is upon that floating mantle the we live, walk and drive around, proportionately much thinner than an eggshell. We know not when a few cracks will appear, and those subterranean primordial forces have their day. The carbon footprint of the eruption, likely equal to many, many years of Los Angeles freeway exhaust, must make Al Gore’s teeth grind and gnash. So much for climate protocol.

Is Nature herself rebelling, in a sort of empathy with the rebellion of Man? We should keep in mind that to turn against God is to turn against His creation, and that sin, especially its universal and worldwide inundation, has consequences both spiritual and physical, as numerous Scriptural references warrant, from Noah on. We should not presume that the affected regions and people are more to blame, for it is often the innocent who suffer for the guilty, so that, we may suppose, the latter have a chance to repent. There is some truth to the good dying young, and these natural disasters should prompt us to use our time well. Saint Peter in today’s rather mysterious reading from his second epistle reminds us that the heavens will someday be dissolved in fire. Like the volcanologists who study these temperamental and capricious calderas, we know not the day nor the hour when things might go, well, south.

So stay alert and sober, but also get enough rest and a fine glass of vino to keep your spirits up and your stomach healthy.