A happy Victoria Day to all our readers! Some have dubbed this ‘May 2-4’, I suppose since it often falls somewhat close to the 24th of May – the birthday of Queen Victoria. Hence, by royal decree, this day is always the Monday prior to the 25th of May, which is sometimes the Queen’s birthday. She is, of course, Britain’s second longest reigning monarch, having become queen a month after her 18th birthday, upon the death of her uncle, William IV, and reigned until her death on January 22nd, 1901, at the age of 81, having governed England well and truly for 63 years, seven months and two days. Queen Elizabeth II is currently in the 68th year of her own reign (!). Ad multos annos, and I can only add as an Irishman, may she accept the fullness of the Faith before she sees the fullness of her years.

But this day also has the connotation of the classic 24-case of Canadian beer – or, alas, the American stuff that strives to mimic this ancient and noble beverage. Of course, mass produced ale or lager – the former more classic beer than the latter, for it was what the 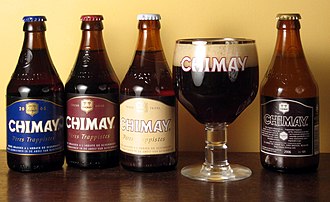 monks made and drank, and still do – will never touch the real craft varieties, especially those still made in monasteries, ad maiorem Dei gloriam, tinged with the divine charity and devotion of those consecrated to God’s service. You can always tell a true Trappist ale since it has the little logo on the bottle – and, when you purchase one and imbibe, you do double duty: Not only do you partake in the finest beverages out there, but for part of the proceeds go towards the work and upkeep of those same monks. So drinking a beer is even more of a prayer than it already might be.

But back to Victoria Day: This weekend reminds us that Canada is not a republic, nor even technically a completely independent ‘country’, but rather a Dominion, a constitutional monarchy under the King or Queen of the British Isles and its dominions (currently, Elizabeth the Second), who delegates his or her authority to the Governor-General (Ms. Julie Payette holding that title at present), who in turn by writ permits the democratically-elected Prime Minister (alas, Justin Trudeau, insofar as he has it within him to even run a ‘democracy’) to govern in the monarch’s name. I wonder whether in this last election the writ should have been dropped, preferably down a deep, dark hole. But we likely get the leaders we deserve, and must endure, like the Israelites of old under their own unjust potentates.

Still, I for one am with Chesterton, hoping for some Arthurian Catholic King of England to assume the throne, and kick some constitutional sense into the moral flabbiness and entropy of this once-strong nation. But that may have to come from the ground-up, so to speak, from all those noble and humble souls – that is, all you readers – who work and toil in the trenches, striving in so many ways to build a culture of life, and who will not give up, even though the enemy streams over the gates, onto the beaches and into the streets. For God wills what the Duke of Wellington exhorted in another context of uncertain outcome: that each one of us be found doing our duty, but for God first – king and country, second.