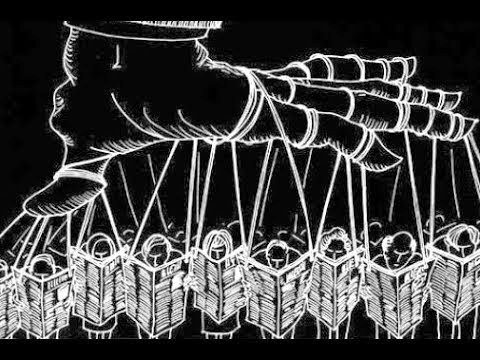 A vote for Trudeau and his Liberals is a vote for totalitarianism, and a pernicious version at that.

Before we cast that ballot, dear reader, we should ponder, reflect and inform our conscience, before which we will have to stand before God, on a day we may well not expect.

Just a few of the draconian policies:

Abortion on demand, for all nine months of pregnancy, and no opposition permitted, amongst his MP’s certainly, and even from the populace, insofar as Trudeau has power (see his cancelling of the summer jobs grant for those who were in any way against ‘reproductive rights’). He will go further if he gets more power.

Trudeau also has the infamous legacy of legalizing euthanasia, a euphemism for medically assisted murder-suicide. The number of victims of this tragedy has been climbing precipitously, and it will not be long before what is claimed as a ‘right to die’ becomes a ‘duty to die’, already subtly happening before our eyes.

Any criticism of ‘homosexuality’ and ‘transgenderism’, even from an objective, medical standpoint, to say nothing of the moral, spiritual and theological, will soon be outlawed to the full extent of law. Even parents who try to convince their temporarily confused children of this will soon face stiff prison sentences, violating the very sanctuary of the family.

What need we say of the legislation pending against the bogeyman of ‘islamophobia’, as regional sharia law looms?

In all of this, the Liberals plan government surveillance, control and censorship of the internet and all websites thereon. Anything that violates their ‘narratives’ on these issues will be shut down, their authors facing fines and who knows what else.

To keep the masses placated, Trudeau was sure to legalize marijuana, a drug that has been proven to lead to a cascade of deleterious consequences, for the person, and for society.

And now we have the vaccine mandates and various other covidian constraints, imposed on the entire nation, barring those who, for various legitimate reasons, choose not to go the vaccine route. As of next Wednesday, the ‘unvaxxed’ will be forbidden from airplanes an trains, and soon, we may suspect from various other activities to which they have full right as citizens, giving police powers far beyond anything in their mandate.

Murder, abortion, suicide; legalized and rampant drug use; oppressive censorship of all media, even the most (theoretically) private; the Charter shredded; loss of freedom, of worship, of assembly, of movement; arbitrary house confinement; a police state looming, and already more than halfway there.

Who would ever vote for that?

And if anyone does, well, to paraphrase Saint Augustine, they get the leaders they deserve.

We must stand for your rights, at the very least for the sake of our own conscience, as persons made in God’s very image, not the State’s.

For freedom Christ has set us free.