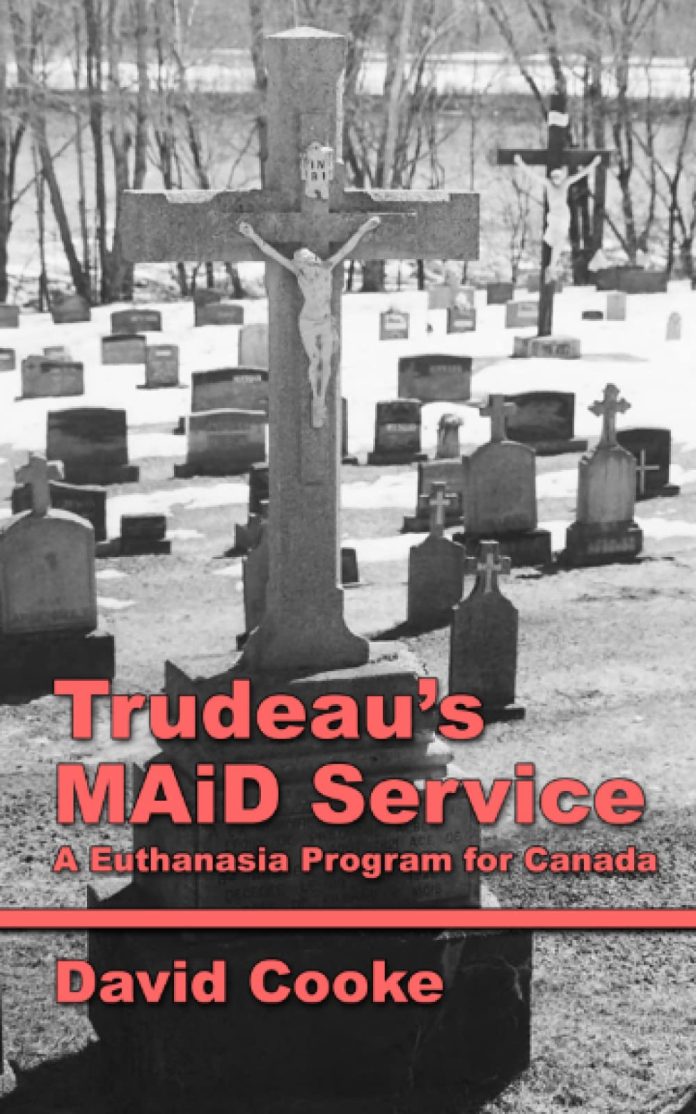 The development of the laws that legalized and continue to expand assisted suicide and euthanasia in Canada reflect the speed at which society increasingly devalues human life. Since first becoming legal on June 17, 2016, medical assistance in dying (MAiD) has grown in scope, acceptance, and popularity. For those of us who oppose this insanity – and that should be all of us – it is imperative that we understand the evil it represents.

In this timely, concise booklet, David Cooke, Campaigns Manager for Campaign Life Coalition, summarizes the inception of euthanasia and assisted suicide legislation, and its inevitable expansion. He begins in 2015 when the Supreme Court of Canada ruled in favour of allowing terminally ill persons to legally die by euthanasia or assisted suicide. He moves on to  Bill C-14 in 2016, enacting into law legalized killing euphemistically titled Medical Assistance in Dying (MAiD). The name lulls the public into believing that MAiD is a medical procedure equal to others.

From there, he explains how, through the efforts of Quebec Superior Court Judge Christine Baudouin, legislation has expanded to include people with physical disabilities, and as of March, 2023, mental illness. Ironically, Madame Justice Baudouin’s expertise is in bioethics. She has been involved in organizations that address the issues of autism, mental health and vulnerable women. Instead of championing and defending these affected persons, her solution is to tell them their lives are not worth living.

The gruesome future of MAiD, as David Cooke writes, includes the proposed advanced directive euthanasia Bill S-248. He surmises that we are moving closer to “euthanasia on demand”.

The booklet ends with a copy of a New York Times article from 1933 that exposes the blueprint of a Nazi euthanasia program, Aktion T4, which paved the way for the Holocaust. The similarities between then and now are notable.

The tenfold increase in euthanasia and assisted suicide deaths from 2016 to 2021 illustrates the growing acceptance and normalization of MAiD as a medical treatment. A simple online search garners the latest information. Every provincial government website provides instructions for requesting MAiD. On the Government of Ontario website, it is possible to download a MAiD application form. It isn’t difficult to find pertinent information for healthcare providers as well as for the general public.

The Canadian Association of MAID Assessors and Providers (CAMAP) has published papers on oral medication use in MAiD versus I.V. medication use. Both papers specify medications, dosage, order of administration and action on the body. Both papers can be found online. The proliferation of information assists the interested person to plan their death.

Various Canadian healthcare groups continue to lobby government and speak out against MAiD. Groups including the Christian Medical & Dental Association (CMDA), the National Association of  Catholic Nurses – Canada (NACN-C), and the Canadian Federation of Catholic Physicians and Societies (CFCPS) support their members, educate the general public and lobby for conscience protection for healthcare workers who refuse to participate in legal medical killing.

With faith, hope, trust, fortitude, perseverance and constant prayer, we need to continue the fight against MAiD legislation. In this war, we need to first understand how legalized killing got here and where it’s headed. Trudeau’s MAiD Service: A Euthanasia Program for Canada clearly explains the trajectory. Do the research to find out how MAiD is accessed in your province. And if you have the stomach and understanding for it, read the online information published by the Canadian Association of MAiD Assessors and Providers. The more we know about this evil, with God’s grace, the better we can defeat it.

Available at baptisthouse.org and at Amazon.ca