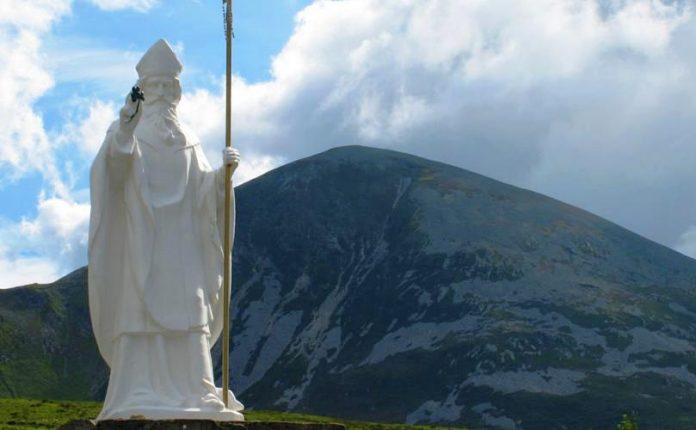 Ah, the Emerald Isle, the cradle of Catholicism for the British Isles, land of heroes and martyrs, of rousing and melancholic music, of large boisterous families, sending out missionaries across Europe and the world, what has become of ye’?

Two windows into the tragedy that is Ireland, and her precipitous loss of the Faith:

First, Father Brendan Hoban, a priest of an era that helped eradicate what Faith was left after the heady sixties. As you may behold his be-cardiganed-self lament, he wishes the younger traditional priests – what few there are – would just disappear, for they -wait for it – wear cassocks, talk of sin, and want the Latin Mass! The horror!

'They are traditional, they wear black, soutanes, they want to talk about sin, they want the Latin Mass!

I despair of young priests'

Fr. Brendan Hoban, who has an influential role in the Irish Synod pic.twitter.com/4YLKV5qFnZ

On a broader cultural note, this recent article from First Things by John Duggan, gives a glimpse into recent media productions, and how far they, and by extension the people, have not only drifted from the Faith of their fathers and mothers, but have developed a positive distaste for anything to do with Catholic beliefs and mores. A secular, hedonistic pottage, leading nowhere good.

The prophecy of Saint Malachi, a 12th century archbishop of Armagh (+1148) – who also purportedly prophesied all the popes there would be – claims that Ireland will be inundated by the sea before she completely loses the Faith. Whatever its historical and prophetic value, one can’t help but be reminded of Abraham’s deal with God concerning Sodom, and the five just men. Well, according to Father Hoban, there may well be a few ‘just priests’ milling around parishes somewhere in the green hills. But one wonders what may happen if they are canceled or exiled, as Father Hoban seems to desire. They could be the very thing holding Ireland from total collapse. As the devil lamented to the Curé d’Ars, if there were but three priests like him, his kingdom would be destroyed tomorrow.

So, ironically, Father’s Hoban lament is not one of despair, but of hope, so long as a few faithful Irish remain.