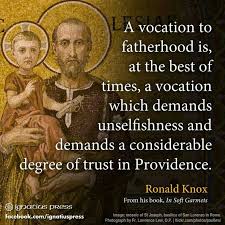 Cultural change generally moves slowly, and when we first take notice, we sometimes find that its roots are already firmly in place.

I clearly recall my reflecting upon the final scene of Quentin Tarantino’s much praised and somewhat reviled Kill Bill when I first saw it in the summer of 2006. The end depicts how the heroine mother, our main character, defeats the antagonist father who then in good sportsmanship cedes the throne, acknowledging the just satisfaction of the mother’s grievances. Afterwards, he walks away into the darkness to die, leaving mother and daughter reunited at last, free of his yoke, free to claim the future ahead.

At the time, I could not help but interpret the story as in a fundamental way an elegy as well as a celebration of the death of Western man. And in what would generally be considered a stereotypical “guy-flick”, no less.

In retrospect, this reading seems all the more appropriate. At that point in time, the status of Western man had been in decline for quite a while. Even on the assumption of the menacing presence of patriarchal power-structures permeating society at all levels, masculinity as such, the man-in-himself considered as a cultural archetype as well as an identity, was nonetheless in relatively sorry shape.

Popular culture, that ubiquitous bullhorn, offered us rather few narratives with regard to masculine identity aside from the dilemma of stereotypical machismo or ignorant incompetence – or, gaining ascendancy, the story of deconstruction. The rational polymath and archetypal competent man was nearly dead, leaving only one-dimensional brutes or domesticated, if amicable, weaklings to carry the torch. This quite poor duality of options was very well captured by Kay Hymowitz in her 2008 essay “Child-man in the Promised Land”, who in lamenting the post-adolescent torpor of young Western males effectively portrayed both the meagre supply of constructive identities available, and some of the more glaring consequences of this fact.

The other obvious option – the narrative of deconstruction, of death and renewal – was arguably more attractive than submitting one’s identity to a model of crudity and feebleness, and it clearly had the fresh air of progress about itself. To dissolve, to eliminate and replace the obsolete and lethally oppressive father, while at the same time attaining absolution from a paradoxically inherited complicity in the crimes of patriarchy, seemed to be a very reasonable choice in the eyes of many.

Of course, no cultural process, and especially one regarding such fundamental aspects of identity, takes place without unforeseen consequences. When significant trends in a society go toward either disparaging or advocating for the destruction of the basic identity of a particular group, common sense dictates that some subset of individuals must face a negative impact. And as always, the weakest are hit the hardest.

For well-integrated young men with plentiful resources, the lack of a constructive model of masculinity in the wider culture isn’t necessarily that much of an issue. Yet for the growing number of more or less disenfranchised individuals with fewer social ties, broken family backgrounds, and with limited cultural resources – or simply for those lacking a sufficient existential anchoring – the effects may be more severe, and more painful.

Reports of declining academic achievement, higher rates of mental disorders and a generally lower sense of self-worth among young males which again and again surfaced during the last couple of decades, prompted many analysts to ask why boys seemed to be struggling in comparison to their female counterparts. An answer often agreed upon – as opposed to the causes of which – was the lack of constructive role models and the deprivation of guidance during critical periods. “The war on boys”, as Christina Hoff Sommers back in 2000 with all-too-obvious hyperbole identified the general tendency towards dismantling and reshaping the male identity in Western culture, as an idea still served to underscore the fact that while well-integrated adults will likely be able to navigate such a climate unscathed, young children may not.

Some twenty years later, what has been called “a crisis of masculinity” is a key element in the sudden emergence of the new populist right – the contemporary populist reaction, not to say revolution. This broader political development, encompassing everything from the North American Alt-Right and the Neoreactionary movement to European Identitarianism, Third-Positionism, various strands of resurgent traditionalism or general radical nationalism, is formed to a great extent by its function as a reclamation of masculine identity. The wider phenomenon is obviously a complex beast with many roots and drives, yet as a common thread throughout its many manifestations runs a revival of maleness. The phenomenon is indeed most importantly a reaction to economic distress, disenfranchisement and declining institutional legitimacy, but the movement is also essentially a search for an identity lost in the secular anomie.

The new populist right is not only clearly dominated by men, signifying the demographic’s attraction thereto, but the ideological content as such is centred on the values historically associated with the archetypal male role. This holds on many levels. The prominent narratives of crisis, societal collapse and desperate struggles ahead which must be met with heroic virtue are almost exclusively found within this ideological framework, excepting certain domains of the far left.

These narratives, notwithstanding to which extent this is a function of discourse or nature, are also eminently male ones. The narratives respond to the deeply felt need for adventure, daunting challenges, rightful struggles and valiant sacrifice that historically have been the prerogative of boys always and everywhere (not to exclude females so inclined). Here, we have a promise of a hard future rather than one of creaturely comforts, yet one that’s inherently meaningful. One that’s rife with danger and sacrifice while it invites the adventurous to join together and battle that which is evil in a clearly delineated moral universe. In this, the narratives also provide a sense of community and brotherhood which is generally lacking in our atomized society at large, as well as an inherent value to the masculine identity as such, which can be very difficult to discern in most other places – especially for the young.

The Nietzschean patricide proclaimed by secular culture paved the way for the demise of the Western male archetype, as any authority whatsoever was rendered ultimately arbitrary. Reducing truth-claims to nothing more than acts of dominance inevitably eroded the foundations of any legitimate authority, and partly ushered in the general existential disorientation of late modernity.

Dethroning the father as a cultural archetype whose esteem was now considered entirely unjustifiable was a matter of course.

As evidenced by its insistence upon order, upon the observance of external moral absolutes and a deference to hierarchical structures, the general ideological atmosphere of the new populist right is permeated by a desire for this father to return. At its heart, the movement is indeed a political expression of a particularly postmodern anxiety, of a disorientation in terms of values and worldviews, now having come more fully into the mainstream.

Up until now, there have been few obvious paternal candidates within the movement capable of picking up the mantle and meeting this deeply felt need that the movement expresses, but the sudden ascendancy of profiles such as Jordan Peterson might be a sign that this is about to change. While the current U.S. president is certainly a favourite of much of the new populist right, he’s relatively one-dimensional in his image, corresponding more to the strong-yet-brutish stereotype rather than the accomplished polymath.

Considered as a role model or a symbol, Peterson, on the other hand, embodies the traditional Western man to a greater extent. He’s erudite and composed, with an air of competency and decisiveness about him, while at the same time managing to balance amicability and gravitas remarkably well. His ascendancy to Youtube-stardom has been swift and is well cemented by the social media echo chamber, and was clearly aided by the well-timed publication of his political, pop-sci, self-help manifesto which came out on Random House in January. Moreover, he’s a source of intellectual inspiration and conceptual validation to the new populist right in his often rhetorically adept, if not always coherent, criticisms of its ideological opponents.

Still, Peterson in many ways remains within the framework of secular modernity. There’s a significant component of scientism in his epistemology (as also regards the Alt-Right and related movements), and his anthropology is chiefly that of sociobiology with little actual space ceded to Christian humanism.

In all, Peterson isn’t the very worst role model imaginable. If the emerging new right is bound to endeavour a mythopoeic restoration of masculine authority, there are many conceivable champions thereof less preferable than a man who highly esteems rational discourse, admits to moral absolutes and (more or less clearly) endorses theism.

Dethroning the father, in terms of secularism in general, as well as in our merely human relations and identities, was not without its consequences. The gradual reduction of masculine identity to tyrannical power entailed by modernity’s relativism, has deprived our culture of access to important and fruitful models of self and of interpersonal relations, a lack which now in a rather sudden and unexpected manner seems to function as an important catalyst of a broad political reaction.

The death of the father generates a vacuum which something or other will eventually occupy, and we can only hope that whatever is erected in his place will not be another tragic reminder of the impotent orphanhood of fallen humanity.