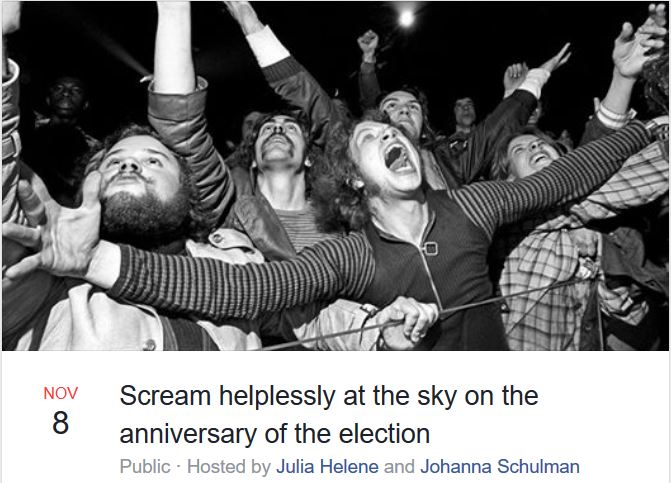 Spare a thought for millennials, perhaps the most persecuted sector of our increasingly ignorant and spiritually impoverished society.

Denied God and the firm Christian teaching that would help them to make sense of the world in which they live, they are left to their own devices. No wonder they often appear so lost.

Pressured and policed into thinking only politically correct thoughts, some of them are even acting out to the point of screaming to the high heavens for psychic relief.

Such is the extent to which these young adults are being intellectually brutalized at every level of their so-called education by the neo-gauleiters passing themselves off as academics.

Consider the case of Lindsay Shepherd, the Teaching Assistant from Wilfrid Laurier University, who recently managed – just – to shame her persecutors into issuing a public apology. Her crime? Airing a clip of a debate on gender-neutral pronouns featuring University of Toronto professor Jordan Peterson who refuses to use gender pronouns other than he and she. And failing to condemn Peterson’s views of which these martinets clearly do not approve. Shepherd was also told that her taking a neutral approach was akin to remaining neutral on the views of Adolf Hitler.

Who are the thugs here?

The vaguely worded apology was issued in a statement by Laurier President Deborah MacLatchy who said she heard recordings of the meeting (which Shepherd had the foresight to tape) between Shepherd and her bosses on the matter and concluded the meeting did not reflect the university’s values.

That Shepherd’s experience is not the exception – but rather the rule – in universities across the West is deeply worrying.

This was confirmed elsewhere recently by associate law professor Adam J. MacLeod of Jones School of Law at Faulkner University in Montgomery, Alabama. In an article posted on William Gairdner’s website, MacLeod provides a fascinating overview of the millennial mindset he finds common among his new students. He also offers some solutions.

On the one hand, contrary to stereotype, MacLeod reports that he finds the vast majority of them want to learn. But true to the millennial stereotype, MacLeod also finds most of them cannot think, don’t know very much, and are enslaved to their appetites and feelings. Their minds, he says, are held hostage in a prison fashioned by elite culture and their undergraduate professors.

This means that before he can begin to educate them properly, he must attempt to undo the damage already inflicted at previous schools.

Reasoning requires correct judgment, he instructs them: “Judgment involves making distinctions, discriminating. Most of you have been taught how to avoid critical, evaluative judgments by appealing to simplistic terms such as “diversity” and “equality”. Reasoning requires you to understand the difference between true and false. And reasoning requires coherence and logic. Most of you have been taught to embrace incoherence and illogic. You have learned to associate truth with your subjective feelings, which are neither true nor false but only yours, and which are constantly changeful.”

To reverse this, he warns them, requires pulling out all the weeds in their minds which is a very painful experience. “But it is strictly necessary if anything useful, good, and fruitful is to be planted in your head.”

So, given the ill-nourished and unruly minds MacLeod is routinely confronted with, is it surprising that such minds might also attempt to release their explosive angst in dramatic ways? By screaming publicly to the heavens, perhaps?

This is exactly what happened on November 8 – the one-year anniversary of Donald Trump’s presidential-election victory over Hillary Clinton – when millennials staged a mass temper tantrum across the U.S. in the form of organized groups screaming for hours at a time.

In a blog-post, scream-fest organizer Nathan Wahl described the scream as cathartic: “Listen, there’s a lot of s— I care about ,” he ranted. “We really need some universal mental healthcare in this country and some anger management, while we’re at it. Which is kind of what this event is. It’s group anger management.”

It is also fear and loathing. To the point of neurosis as evidenced by their repeated demand for “safe spaces” in recent years to keep them feeling protected from anything they find disturbing, and/or psychologically threatening. Which appears to be pretty much anything outside the Leftist ideology and formulaic thinking now imprisoning their wooly minds.

Which may also explain why so many of today’s millennials – micromanaged since birth by parents determined to cocoon them from life’s difficulties – no longer leave the nest at the usual time, distinguishing them from earlier generations who couldn’t wait to leave home and embark on their adult lives.

Does this mean that their lifelong cosseting has made them happy?

Not at all, says Dr. Jean Twenge, professor of psychology at San Diego State University.

According to her research, millennials really are different from earlier generations. They are angrier too, she says, which is somewhat justified because everyone always told them they were special. Special in school. Special at home. Special everywhere. And that they could do and be anything they wanted. Like comic book heroes but devoid of any education in the formation of true virtue and its selfless and sanctifying demands.

So when they go out into the real world, what a shock!

“Told they could be anything they wanted to be, they face widespread unemployment,” Twenge writes. “Raised on dreams of material wealth, more than a third live with their parents well into their 20s. After a childhood of optimism and high expectations, reality hits them like a smack in the face. And they feel offended.”

Who’s to blame for such erroneous training? The “self-esteem” movement for one. Another is their Leftist ideology which insists on making everyone the same with equal life outcomes, thereby justifying the elimination of all competition.

Blame also goes to the cultural implementation of secularist “morality” which has been so successful over recent decades that nearly all millennials now hold a nearly religious belief in today’s neo-pagan environmentalism in which the planet – not Man – is accorded “Dominion”. Most also believe absolutely in the right to gay marriage, abortion and ultimately euthanasia. Which keeps them in lockstep with the Culture of Death.

And yes, the millennial generation is a special generation, unlike that of their great-grandparents who fought the Second World War across the Atlantic and Pacific and landed on the beaches of Normandy in 1944.

Today, millennials work out, cycle around, drive around, text around and watch screens endlessly in a desperate search for purpose and the need to connect to someone. Anyone. Just like the Lost Generation of the 1920s as chronicled by such writers as Hemingway, Fitzgerald and Maugham. Like that anguished generation who’d lost comrades on the battlefields of World War I, today’s millennials walk similarly in the shadow of absent brothers, sisters, cousins and friends they will never know. Or even know existed.

They don’t know they’re haunted. But they are.

They don’t know why they believe they’re so special.

But they are, though not in the way their parents taught them. Or for the cultural reasons cited by Twenge and other experts.

In truth, today’s Millennials are the survivors of a vast human cull – via abortion – larger than that of two world wars. Nearly 60 million in North America alone since abortion was legalized. And only the Lord knows how many other intended little souls never materialized due to contraception.

So, they are missing brothers, sisters, relatives and friends they will never know.

These young adults are also special simply because they made it into this world. And perhaps, just as a soldier feels guilty for surviving a machinegun attack that decimated his buddies, they also feel guilty. They suffer a guilt that may never be identified or properly named yet is bound to express itself in some way, possibly, as psychiatrists tell us, in acute anxiety. Irrational obsessions. Unfocussed fears. And acute loneliness.

It’s a grim thought, I know.

But it should give you pause.