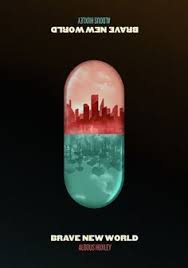 In 2004, Canada passed the Assisted Human Reproduction Act, which legalizes certain forms of artificial reproduction of human beings, including in vitro fertilization and artificial insemination.  The rub is that, although one may donate sperm and ova, one cannot get paid for doing so, for that would be seen as ‘trafficking’, even meretricious. The obvious unintended consequence of this, if you will pardon my pun, is to dry up the source.

Hence, much of the ‘reproductive material’ for these procedures in Canada comes from the United States.  Americans of all stripes can get paid, sometimes rather handsomely, for donating genetic material.

Just for the record:  I was against this law from the very beginning, and was very surprised and saddened to see some of my fellow Catholics support it, claiming that it was ‘better than nothing’, and the anarchy of no law.  Well, no, for now we have a precedent of legalizing these procedures in positive law.  Paragraph 73 of Evangelium Vitae states very clearly that one may only vote for a law that permits some level of intrinsic evil, such as abortion (or in this case IVF and its ilk) only if it restricts a more permissive law that has already been passed or is about to be voted on.  In 2004, there was no such law, and the Assisted Human Reproduction Act has now brought a plethora of evils upon our land with the full backing of the State.  As predicted back in 2004, the only thing that will happen is that the various restrictions will be loosened, especially after stories like the following:

It was reported a few days ago that three couples in Ontario are suing a sperm bank in Georgia, U.S.A., after all three women were inseminated by a ‘schizophrenic burglar’ whose sperm-bank resume, which claimed him to be ‘highly educated and popular’ with the ‘I.Q. of a genius’, was either deceitful or deliberately whitewashed.  (Then again, who’s to say that these traits could not go along with being a schizophrenic burglar?)

The point is, this man is now supposedly the father of 23 children, which would put a mediaeval Muslim sultan to shame.  There is not much sperm to go around in Canada, I guess, so ‘Donor 9263’, as he is anonymously termed, does more than his fair share of adding to our ever-shrinking gene pool .  Could this get even more weird, like something out of a B-movie about what if the Nazis had won the war, and teamed up with the Communists, to produce lists of ‘Donors’ known only by their numbers?

I wonder if some of Donor 9623’s children will meet in the future, not realizing they are half-siblings, get married and have a bunch of genetically-damaged children?   Or will they be like Marty McFly, who is kissed by his own mother in his back-to-the-future adventure, until  the deluded  debutante realizes that, for some reason, the ‘magic’ just is not there?  ‘It’s like kissing my brother’, she exclaims in the film, only now too true to life.  The future generation may have more siblings than it may realize, making dating more of a minefield than it already is.

I am not sure what to say of this, for the lunacy speaks for itself.  Even at a basic, scientific, Darwinian level, prescinding from any moral or cultural considerations, it is requisite for any gene pool that it be diverse, so that adaptation can occur, and deleterious DNA gets weeded out by diffusion and random assortment.  The best way for this to happen is by serendipitous romance, falling in love with someone to whom you are not biologically related, and having a whole passel of genetically diverse and robust children, most of whom go on to do the same thing, and, to paraphrase various country songs, the wheel of love and family goes round and round.

I do not think we have seen the full effects of the Brave New World of reproductive technology.  Let us not forget that the first ‘test tube baby’, Louise May Brown, was born but in 1978 (on July 25th, ironically, ten years to the day after Paul VI’s Humanae Vitae), and is still in her thirties.  So the long term consequences of being technologically conceived in vitro have yet dawn upon us.  There is evidence that these children already suffer from significantly more medical conditions that normally-conceived babies.

Regardless, besides the biology, we certainly have not seen the full familial and cultural ramifications, as these children grow up in disordered families, two Dads, two Mums, or just one Mum and her boyfriends, and that’s if they are fortunate.  They are now talking about three-parent babies, mixing up the genes of three would-be parents  (two lesbians and one altruistic homosexual male, let’s say) to form one very mixed-up baby with bits and pieces of each of their genetic code.  So far this is only done in a few cases for therapeutic reasons (damaged mitochondria), but the future is wide with potential.  Hmm.

As if that is not enough, we may also glimpse into the Frankensteinian desire to develop animal-human hybrids, or clones for organ harvesting and macabre research purposes.

And need we forget all the untold number of unborn children who are conceived, then either aborted or left in cryogenic freezing in vats, with no discernible and moral way to bring their lives to fruition?

We are way beyond Brave New World.  Aldous Huxley thought that his dystopia was centuries in the future, but it is already full-bore upon us, and accelerating quickly.

The 1987 Instruction Donum Vitae declared in no uncertain terms:

The child has the right to be conceived, carried in the womb, brought into the world and brought up within marriage: it is through the secure and recognized relationship to his own parents that the child can discover his own identity and achieve his own proper human development.

But then, we only think of children in our society when we ‘want’ them; their rights are subjected to our desires, either to have a child, or be rid of one.  We are raising (or not raising) a whole generation of children who have little or no identity, and we wonder why they are filled with despair, aimlessness and thoughts of suicide.

The Pandora’s Box of 2004 has been opened, and there is no little or no chance of putting that evil genie back in his bottle.  All we can really hope to do is convince individuals to romance the old way, and pray that God sends you children.  If not, well, there are many other ways to be fruitful.  To seize children as a ‘right’, especially by technological means, harms everyone concerned, and the children most of all.