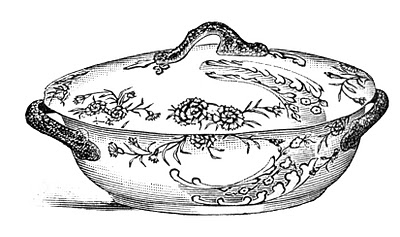 At a restaurant the other day, I couldn’t help but notice a couple beside us stuffing themselves silly with everything I love—fat, sugar, carbs, and alcohol. Not a veggie in sight. I think I stared at them for a bit (not being able to control myself), floored at the amount of food pounded back, and by the carbohydrat-ic calories consumed. Must be nice to be able to eat whatever you want, whenever you want, with no thought to gastrointestinal distress or future cholesterol readings.

Okay fine, maybe I was a teensy, tiny bit jealous. I like food a lot. I like making it and eating it, I like playing with textures and colours and sampling different cuisines. But I especially like comfort food, probably because it’s just so darn comfortable. It’s usually full of everything I shouldn’t eat, which is why it tastes so good. I sometimes have a selective memory when it comes to eating things I shouldn’t because inevitably I regret when I indulge (and much sooner than I care to admit).

Eating what I want, when I want, always seems like a good idea in the moment. It starts when my eyes see the donuts, my nose smells their Boston-creamed goodness and the Must Eat Now instinct roars to life. It’s hard to back down when the motor’s up and running as food can be just as addictive as any other substance. It’s a strong and powerful instinct, to eat, and thank goodness it is because we have to do it all the time to stay alive and stay healthy. The problem is when the instinct kicks in for the wrong stuff—preferring the “vitamin-enriched,” mass-produced and processed foods over vitamin-full and nourishing real foods: for donuts instead of carrots or fast food instead of 100% beef.

Because that stuff never satisfies—the fake stuff. It leaves you with an almost-constant hunger for more of the same. The more we consume, the more unsatisfied we are, the more we want, and the more the fake stuff harms us—like the acid in pop leaching minerals out of our bones, or the sugar in chocolate bars stressing the pancreas to breaking point. Vicious cycle, I know, but hardly new, and it can be applied to anything from food and sex to sports and technology and everything in between. Whenever we take something intrinsically good and elevate it, giving it a place of higher significance in our lives than it deserves or needs to be, the same thing will happen: death of some kind.

We’re always doing it—elevating things inappropriately. We were made to be incomplete, in a certain sense. There’s a hole in the core of our being somewhere, an intangible-yet-concrete void that we all instinctively want to fill up (because as we all know, nature abhors a vacuum). So we’re restless and needy, curious and relentless in searching for persons, places, events, routines, or things to throw into that void, just to see if they “work.” And those things don’t ever work or make us happy—at least they don’t when it’s something other than God. But that doesn’t stop us from trying to fit whatever else in there, and living purposeless, shallow, un-peaceful lives in the meantime. We’re all guilty of doing this, to different degrees. If you’re not actively doing it now, give yourself some time. That big screen television or the “perfect wedding” ideal might make it’s way deeper into your heart at some point, if you’re not careful.

But the irony is that when we choose to detach ourselves from all the goods that constantly present themselves as viable options to replace God—when we de-clutter our souls enough to invite God in—we find out that not only is He enough to fill every longing we have, but that He provides everything we need, and even what we want. In other words, when we wholeheartedly give to Caesar what is Caesar’s; we are then able to give to God what is God’s. And then God gives us what we need from Caesar’s booty, because it all belongs to God anyways! Sweet deal, eh? The gospel reading from Matthew a few Sundays ago spoke to this. It was the parable of the king preparing the wedding feast that nobody who was invited wanted to attend—they all had MUCH more important things to do and ignored the king, even though he had prepared the finest of foods. God provides the best of the best for us, if not in this life, then in the next. But first he wants us to remove every other false love from our hearts so as to allow him, and him alone, to enter and reign there.

Because at the centre of all of this is a raging battle for our hearts, for our love and fealty. The Lord will not be upstaged by donuts or televisions or sports or careers. He won’t allow us, in his great and tolerant mercy, to live our lives anchorless, wandering around aimlessly looking for Ba’als made of gold, flour, or plastic. When I was growing up I had this thing about my clothes. I was one of eight children so my clothes often went missing in the wash, got lost, damaged, or worn by my siblings. It annoyed me so much I did my own laundry, keeping my things meticulously separated from everyone else’s. I remember one time when I freaked out because I lost a sock. One. Sock. Thank God I lost it—both the sock and my mind—because it was a very telling moment for me. My clothes were making their way into my heart, into the place where only God should reside; I was elevating smelly dirty old socks to a seat of royalty.

So take care. “Be on your guard against all kinds of greed; for one’s life does not consist in the abundance of possessions” (Lk 12:15). Those possessions (or routines, experiences, and persons) always start out pretending to fulfill, but inevitably let us down, hard. We think we’re eating the choicest of foods, living the cushiest of lives, yet it all turns to ashes in our mouths. Only God fulfills. Only God gives contentment, joy, and peace. Anything else is just processed fat and sugar: tastes oh so good going down, but in the end, it kills.