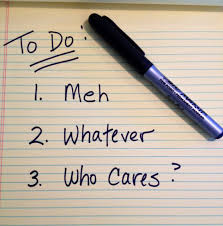 A few days ago, I joined a high school class discussing ‘digital footprints’. The teacher asked them to list some ‘cons’ of social media. My group wrote a couple things about privacy and creeps, which are legitimate concerns, but nothing about wasting time. I said to them, “Do you ever waste time on social media?” One girl gave me a confused look, as to say, “Waste time, impossible!” “Really, you’ve never wasted time on social media?” I responded. “Well,” she admitted, “I spent three hours playing Yahtzee on Facebook last night.”

Sloth (acedia) is generally caricatured as laziness. The leisurely three-toed sloth of the Amazon provides a fitting image. Acedia, however, is not merely physical laziness. St. Thomas says: “Sorrow in the Divine good about which charity rejoices, belongs to a special vice, which is called acedia” (II-II, 35, 2). In English, seeking the joy that comes from our relationship with God can be difficult, which can make us sad, and this ‘sadness’ is called acedia. For example, if a man thinks about going to Mass (God’s total gift of Himself to us, which should fill us with joy) and then finds himself downcast at the prospect of ‘giving up’ his Sunday morning, that is acedia. The slothful person, therefore, is one who is habitually saddened when he thinks of doing things for God.

This sorrow over the perceived difficulty of doing spiritual acts is a ‘capital’ vice, because it gives birth to other vices. As is the case with all of the capital vices, we usually recognize them by their daughters. A man may not see, for example, that he worships mammon rather than God, but by his acts of fraud and his lies, he shows that greed has taken root in his heart. St. Thomas, quoting St. Gregory the Great, lists six daughters of acedia: “malice, spite, faint-heartedness, despair, sluggishness regarding the commandments, and wandering after unlawful things” (II-II, 35, 4). If we recognize any of these daughter vices in our actions, then it may be an indication that acedia is also present, to some degree, in our heart.

Each of the daughter vices requires a little explanation, because their meaning in this context is not self-evident. In other contexts these sins have broader meanings, but here St. Thomas argues for specific meanings relating to how they are each opposed to the joy of charity. First, despair is opposed to joy’s end, which is heaven – perfect joy. This is the most serious of the daughters, because it signifies that our sorrow over spiritual goods has led us to deny the possibility of reaching heaven.

The other daughters regard the ‘means’ acquiring spiritual goods. ‘Faint-heartedness’, in this context, indicates that we will not do anything difficult for the sake of a spiritual good. Fasting and Abstinence? Those sound tough. The slothful person will rationalize a way out of doing the difficult things required to be a disciple of Christ.

Acedia can also directly impact how we think about others. If someone is trying to help me grow in my relationship with God, but I am set against his help because of my slothfulness, I may resent that person. This resentment of spiritual leaders is ‘spite’. I have felt it, and I have probably evoked it in people with some of my homilies. Sometimes it is easier to hate the messenger than to face the reality of our sinfulness.

‘Malice’ is a scary one. It is when someone is so slothful that he despises certain spiritual goods. “Get your rosaries off our ovaries” could be one of malice’s slogans. The invitation to prayer is met with angry shouts, and there is no openness to the spiritual good being offered.

The last of the daughters, ‘wandering after unlawful things’(vagatio mentis circa illicita), is when we seek pleasure to counter our sloth. This may be the most dangerous of the daughters for those who are serious about their relationship with God. This is because the other daughters are more obvious. ‘Vagatio’, on the other hand, can be subtle. The scenario with which I began the reflection could be an example. I do not know how many duties the young woman avoided during her three hours of Yahtzee, but there may have been a prompting from the Holy Spirit at some point to say some prayers rather than continue the game. Even if the content on the computer, tablet, smartphone, or TV is not illicit in itself, it is often ‘wandering after illicit things’. What is the goal of all our screen-time? Where are we seeking our joy? Is our mind set on being fulfilled in God? Maybe we think it is, but then why all the Netflix binges, hours of Angry Birds, gossip columns, and whatever else we can do to elicit some pleasure while avoiding spending some quality time with God?