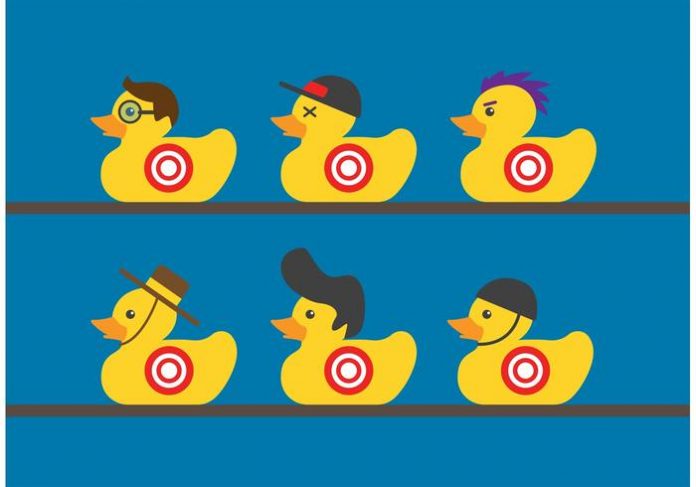 Christie Blatchford has it right: to paraphrase her gist, men are sitting ducks, or at least like those slow-moving targets in cheapo carnival shooting games, where everyone is guaranteed a prize. All it takes now is the rumour of a rumour that ‘something’ happened, ten weeks, ten years ago, something often not even remotely illegal. An unwanted caress, or a glance, or just making a woman within one’s proximity ‘uncomfortable’, and a man is ruined forever, with no legal and fair trial ever able to save him.  He’s done, toast, hasta la vista.

If there is one consolation, the accused can save on lawyers’ fees, for what would be the point, clearing his  name a year or two down the line? No one will care, and the damage is more than done.

It’s a woman’s world, baby.  What need have the fairer sex of the Force, a la Daisy Ridley’s Rey, of whom I wrote in the first flat installment of the current version of the tired franchise. In the closing scene, or so I have read since I don’t think I could wade through the propagandist mire, after all the angry, bumbling, inept, weepy beta males have exited stage left, Princess Leia whispers to Rey, woman to woman, ‘we have all we need…’

But do they? What is one to say? Justin Trudeau, self-avowed ‘feminist’, is all over this, praising the ‘courage’ of such women, who remain anonymous, and who will likely never face their accused in court. Trudeau is gung-ho for eliminating ‘harassment’, whatever that vague term implies. Raising one’s voice, ever so slightly? Asking a female out for a date? I read recently the French (in France) want to make it illegal to ask for a woman’s phone number. Well, there’s always Tindr for those so minded, but how long will even that now last?

You may recall with some degree of irony that it was Justin’s father who, in that ill-fated Omnibus Bill back in May 1969 that legalized abortion, divorce, gun-control, breathalyzers and sodomy all in one-fell swoop, declared with his supercilious tone that ‘the State has no place in the bedrooms of the nation’.

In general, I agree, unless a murder or something close to it is being committed.  But now we have Patrick Brown ruined by what he supposedly did, known only by hearsay from an unknown witness, in a ‘bedroom’. As you may glean from what I wrote recently, I am no fan of Brown, nor of his actions, if true, but justice is denied when he cannot face his accuser, and he is ruined before he can even respond. Three other (of course, male) politicians joined him being cast into the outer darkness for similar vague and inchoate rumours.

The only solution is a return to strict chastity, waiting until marriage, monogamy and sticking with one’s own kith and kin. Back to the family and clans, like the Scots and the Irish against the wicked and oppressive English. I exaggerate, of course; the Brits were not and are not as bad as Mel’s fevered imagination made them.

Speaking of the Brits, a secret government memo was recently leaked that predicted bad economic times for the once-merrie Island nation (before the Tudors, that is) after Brexit comes true. I have news for them: Britain’s economy is already done, floating on a rather fragile veneer of economic transactions through London’s banking system, along with a whole lot of debt. If London loses its financial hegemony, then woe indeed.

Then again, a lot of countries, perhaps even all, are in the same leaky boat taking on far more water than they are bailing out.

Sadly, unlike the Apostles, they won’t call on Christ to save them, for that would require conversion, prayer and trust in God, notions too quaint for our modern world out to save itself.

Paula Adamick is soon to have an article on the unintended consequences of the sexual revolution. Stay tuned, for more…