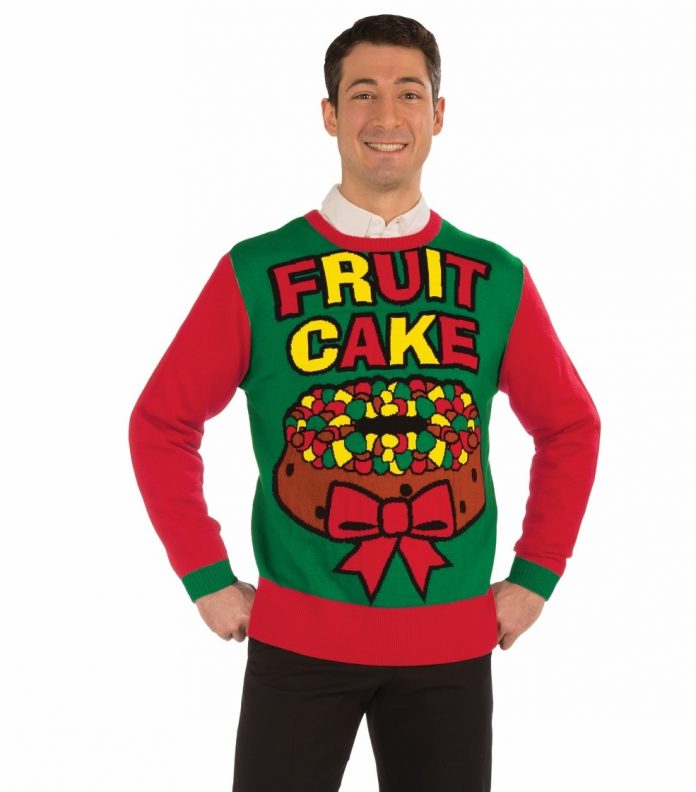 The current brouhaha over yet another antic by our perpetually jejune Prime Minister concerns a photo of him and his brother, Alexandre, (of whom I know rather little) smiling for the camera in some Christmas moment (a day on which by some coincidence they were both born), posing in what some Conservatives are describing as ‘anti Christian’ sweaters. Said sweaters, or jumpers depending on your nationality, depict a cartoonish version of DaVinci’s famous fresco of the Last Supper, with the heads of Christ and the Apostles superimposed with smiling yellow emojis.  Said sweaters are also still for sale somewhere on line, but why?

I wonder whether these images are deliberately put out as bait.  Here is a Conservative Member of Parliament going off on a hastily taken photo with Justin and Alexandre wearing the stupid sweaters, that they were probably given as a gift, which they ditched soon afterward.  The picture is also apparently a year old and, although the depicition is certainly irreverent, is it ‘anti Christian’?

Perhaps, depending on one’s intention.

But there are bigger fish to fry:  Just at the end of November, as we moved into the season of Advent, there was the Prime Minister offering an emotional ‘apology’ to the ‘LGBTQ2’ community (and forgive me if I lost a few acronyms) for all the previous laws against their behaviour.

Every member of Parliament offered him more than one standing ovation, with each significant pause.

Our governing class too often seems a rather supine lot, and all exercised by too many of the wrong things.  Saint Thomas declares that the mark of a trained intellect is the capacity to make the proper distinctions; I’m still working on mine, but here’s one: Sure, being ‘gay’, or feeling uncomfortable with one’s God-given sexuality, should not be against the law, but certain actions stemming from these deeply disordered psychosexual conditions should be prohibited:  Public sex in lavatories, bars and other acts of active and passive voyeurism; pornography; prostitution; the man-boy love association; indoctrination of students in the normality of sodomy and lesbianism (whatever that entails); any sort of hormonal and physiological maiming or amputation by medical personnel in the attempt to change ‘genders’, especially of children. And on I could go.

But no one dared raise any of this to our preening Prime Minster holding the floor with his theatrics, his doe-y eyes scanning the room for empathy, sympathy and, one might wonder, dissent.

Could not at least one Conservative member (I do not ask for a Liberal, for they are by now all co-opted), just one, stand up, clear his throat, and ask politely for an apology on behalf of another group discriminated against in a far more grievous way, the unborn, untold millions of whose lives have been snuffed out, in large part due to the legalization of abortion by Trudeau Sr. in 1969, in the same legislation that de-criminalized sodomy? (for homosexuality itself was never illegal)

Mother Teresa did so in front of the Clintons at the National Prayer Breakfast in 1994. She received a standing ovation for her courageous words. Bill and Hillary remained seated, stunned into an embarrassed silence.

But we? We stand up and applaud the irrational, weepy and emotionalist ramblings of a sadly embarrassing man.  Men and women legislators, most of them, we may presume, older and wiser than he, jumped up and clapped like seals on cue. Who dare remain seated when the anointed sun-boy speaketh? And hugs all around at the end…

What would any leader from any previous civilization say to this, were he to be transported in some divine way to this ludicrous display in our governing house?

But back to the sweater, which seems small change in comparison: Catholics are certainly more forgiving on these matters than Muslims, even the most moderate of whom would most definitely not tolerate a smiley face superimposed on Muhammad; in fact, any depiction of the ‘Prophet’, pious and respectful or not, is considered not just irreverent, but blasphemous and, in their Sharia law, punishable by death.

Imagine the Prime Minister in an unguarded moment, donning a t-shirt depicting Muhammad and his happy warriors after a pillage and raid, wearing cartoonish Darth Vader and Stormtrooper masks, with bloodied, scimitar-shaped lightsabers; a more apt image than emojis on Christ.

Quite literally, perish the thought.

In fact, our Prime Minister seems to display far more religious sympathy for the crescent than the cross. As I recently discovered, there is a cottage-industry rumour mill that claims Justin Trudeau has already secretly become a Muslim, with these furtive trips to the island of Agha Khan; the ten million dollar payout to Omar Kadhr for reasons that no taxpayer, from whom this money was usurped, can discover; there is that odd intimate meeting with Joshua Boyle and his family; Boyle seems at the very least a sympathiser with the more extreme strains of Islam, a former ‘Star Wars gamer’ who was married at one point to Omar Kadhr’s jihadi-loving-burkha-wearing sister; he is now in jail, charged with sexual assault after being released in unusual circumstances from captivity in Afghanistan, where he was on a hiking trip (of all the places in the world to travel for fun outdoor adventure, that desert country would not be top of my nor anyone’s list); then we have Trudeau and the Liberals’ unending welcoming of thousands of Muslim immigrants, and tens of thousands more to come, only some small minority of whom may be classed as desperate refugees, with our vaunted RCMP acting as their baggage handlers, and we footing the hotel and host of other bills.

What is one to make of all this?

Trudeau has a rather whimsical and dismissive approach to his own Catholicism, and does not seem to think her laws and teaching apply much to him, nor to anyone else, in any binding manner. What does religion mean to such a man as he?

In the objective sphere, unlike Catholicism, which requires a rather involved process to join (catechetical formation and instruction; formal baptism and confirmation), all Islam requires to enter its ranks (after which, like the Hotel California, you can never leave) is simply the recitation (whether by force or by will or a bit of both) of the shahada, or ‘the testimony’, ‘There is no god but Allah, and Muhammad is the messenger (or prophet) of Allah’.

Short and simple and, in the main, not true.

Allah has some characteristics of the true ‘God’ (they believe him to be almighty, omniscient, creator and such), but this notion of God is not quite the God revealed by Jesus Christ, who is also ‘gracious and merciful’, Who leaves humans free to love Him freely and Who coerces no one; Who rejoices in the good and all the pleasant things of life, laughter and music and fine red wine; Who decrees marriage is inviolable and between one man and one woman, and Who has revealed his Fatherhood of all mankind through His Son, Jesus Christ.

The key difference, one may posit, is between a religion governed by fear and coercion, and one motivated by love, agape, charity.

And what of Christ?  Well, He is not only the prophet of God, but more than a prophet, indeed the Word and Image of God Himself Who assumed human nature; the Second Person of the Trinity, the very same God Who created Muhammad, whose deeds and legacy, noble and ignoble, have already been judged by Him.  Like the ‘Prophet’, we will all meet Christ at the end of our lives, and we all must submit to that same judgement of all that we have done and not done, every thought, word, deed or omission, even every sweater donned, or not donned of a Christmas morn, as the case may be.

All of history is in the hands of God, and of His Christ, and all things will be unveiled in that final apocalypse, which will arrive at the moment He so chooses, after, as the Catechism declares, the ‘final unleashing of evil’ and the brief, but brutal, reign of Anti-Christ and his minions, all of whom will deny the Incarnation, the authority of Christ and His Church, the efficacy and holiness of the Mass and the sacraments, which they will do their best to abolish, but to little avail.  For from the rising of the Sun to its setting, the holy sacrifice, whose Institution at the Last Supper the great DaVinci depicted so hauntingly and beautifully, will be offered unto the end of time in the Name that is above all other names.

Which brings us back to Justin Trudeau, and all too many fatuous Canadians like him.  He may for the time being smile away with his selfies and sweaters, ignoring and mocking the holy of Holies. He is no danger of a fatwa from any Catholic cleric, and he may keep his head and auburn locks.  But he might, in a moment of quiet reflection, want to peruse that mysterious phrase in Luke’s sixth chapter: Woe to those who laugh now, for you shall mourn and weep, and ponder that, as the Judge Himself declared, the dreadful moment of reckoning will come like a thief in the night, perhaps even at Christmas, at an hour we do not expect.

And woe to those wearing silly sweaters, metaphorically speaking, when the Master arrives.

The Astronomer and Physicist and Worlds Colliding

The Cruise of the ‘Nona’