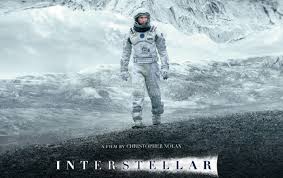 My movie selection over the past few months has been in the science fiction genre, which is often heavy on the ‘fiction’, and light on the ‘science’.  The recent, visually impressive Christopher Nolan-directed Interstellar attempts to balance that, telling the story of mankind’s search for a new habitable planet with some degree of scientific accuracy.  But how veridical can you be when most of the science in the film is unverified by experiment or experience?  According to Einsteinian Relativity, which pegs light as the absolute speed limit in the universe, interstellar travel for humans is impossible, or as close to ‘impossible’ as science is willing to go.  Even travelling at the speed of light (186, 000 miles per second, and we could only hope to reach a fraction of that), it would take four years to reach the closest star (appropriately named Proxima Centauri), one hundred thousand years to reach the edge of our galaxy. and billions of years to reach the putative edge of the universe, if such an edge even exists.

The film gets around this by positing a ‘wormhole’ near Saturn, a theoretical entity that is basically a bending of the spacetime continuum, so that one can travel great distances without actually covering the distance (sort of like traversing from one end of a piece of paper to the other by folding it in half).

I am not convinced that such wormholes exist or, if they do, we could just zip through them to the edge of the cosmos.  I am far less convinced that Matthew McConaughey (spoiler alerts!) could survive falling into a black hole (another somewhat theoretical construct, at least in the sense that many aspects of them are hypothetical and, of course, untested).  Black holes are formed by stars collapsing in on themselves, creating a region of such great density that not even light can escape their gravitational grip (hence, they are ‘black’, or invisible, from the outside, but blazing light and energy inside).  The current theory is that anyone (or anything) falling into a black hole would undergo ‘spaghettification’, with the half of them closer to the centre being pulled by gravitational tidal forces more than their upper parts a bit further away, such that they would be stretched out like a long Italian noodle, with inevitable death quickly ensuing.

Instead, McConaughey’s character finds within the black hole a region of multiple dimensions, and, pardon the pun, this is the core of the film, as well as what I find troubling about many movies today, particularly science fiction:   They will posit every hypothesis out there, the weirder the better, just so long as, at all costs, any notion of God is left out of the picture.  To paraphrase the early 19th century mathematician Laplace, they have no need of that hypothesis.

The same principle applies to the other two sci-fi movies, both curiously Tom Cruise vehicles:  Oblivion and Edge of Tomorrow.  In all three films the inviolable and unarguable a priori premise is that there is no God, that Man therefore must perfect himself, and perfect himself in particular by technology.

In Interstellar, it is finding the secret to utilizing gravity as a force for space travel, itself done by accessing mankind’s future knowledge (in a cheesy sequence with McConaughey  floating inside the multidimensional interior of the black hole trying to communicate to the past version of his daughter back on earth).

Tomorrow presents Cruise’s character living the same day over and over again, dying each time (apparently, thousands of times), at the hands of invading aliens in an uber-violent version of Groundhog Day, until he learns the aliens’ secret and how to defeat them (of cAdd Newourse, nearly single-handedly, for he is Tom Cruise).  Cruise is charismatically humorous, and Emily Blunt provides an attractive sidekick, who is, in the beginning at least, a far more able soldier than Cruise (and everyone else in the incompetent army, in what Blunt herself admitted was propaganda for feminist equality which, as I have discussed, does not work so well in what is (or was once, alas) a physically-demanding military).

Oblivion, has (again!) Cruise’s character sacrifice himself to smuggle a bomb onto the mothership of aliens who have taken over Earth. However, his life (and marriage) continues, since the aliens cloned him, thousands of times; although the other clones die, apparently, in the explosion, one clone is left to continue Cruise’s existence.  As Morgan Freeman’s character proclaims earlier in the film, the aliens took ‘humanity’s best’ to clone. (I bet that line stuck in Freeman’s craw, that Tom Cruise Mahpother’s middle-aged, whitebread, mildly-to-moderately insane, scientological five-foot-something human-ness was the best of our species.  Would the aliens not have chosen someone more along the lines of LeBron James, perhaps minus the tattoos?).

In all of these films, and in most of our media and educational establishments, technology is the key to ‘salvation’, considered only in temporal terms as the continued existence of humanity somewhere, somehow.

The problem is that the bizarre ‘technology’ posited requires more faith than faith itself.  Multiple universes?  Time loops?  Changing the past, and modifying the present from the future?  Black holes leading to multiple-dimension hypercubes?  Mind-reading and time-warping aliens?  Clones who share the same memories, even the same ‘souls’, as their original?

Fair enough in the imaginary world of movies, I suppose, and in fact one of the things I enjoy about science fiction are its limitless possibilities.  But people, and educated, intelligent people at that, actually believe this stuff.  Imagine my supercilious eyebrow-raising when I read the other day a statement by the theoretical physicist Stephen Hawking, that there are in fact an infinite number of universes, all branching off from each other, including one where Zayn Malik, the lead singer of One Direction, has not abandoned the boy-band.

I’m not sure whether to be more surprised by this hypothesis, or that Dr. Hawking knows who Zayn Malik and One Direction are.  One way or the other, his theory, along with the other central premises in these films, are not scientific, for they are not, and never will be, verifiable, and demonstrate more the limits of intelligence and science than their power.  In one of the most quoted lines of Chesterton, ‘when a man stops believing in God, he doesn’t believe in nothing, he believes anything’.

Ponder just the possibility of multiple universes:  If we ever get to investigate or travel to these universes, then, by definition, they are part of this universe, for they are connected.  If we can never investigate them, then they are not subject to science.

Why don’t Hawking and his colleagues just accept the perennial principles of metaphysics (and, ultimately, faith), which are much more rigorous intellectually, have stood the test of time, and are the foundations for our culture, and, yes, of science itself?  As the late Father Stanley Jaki argued convincingly, it was only in the realist, rational and linear vision of Christianity, which believed in an ordered, created universe undergirded by discoverable laws, that science as we know it could flourish.  As Einstein himself, not a man of faith in the ordinary sense of the word, declared, the ‘most incomprehensible thing about the universe is that it is comprehensible’.

Every other society in history besides Christianity, in its metaphysical presuppositions, was either largely fatalistic (things happen simply by the will of some deity, deities, or cosmic force) or circular (what is, is what will be), or, often, both.  Neither fatalism nor circularity lead to comprehensibility, nor are they fitting metaphysical bases for science, which is why science never flourished in the ancient civilizations, until the advent of the Christian era.

I fear we are returning to such a pagan worldview, and a dissociation of faith from reason, with the result that not only will fiction become less science, but that science itself will become more fiction,to the detriment of both.