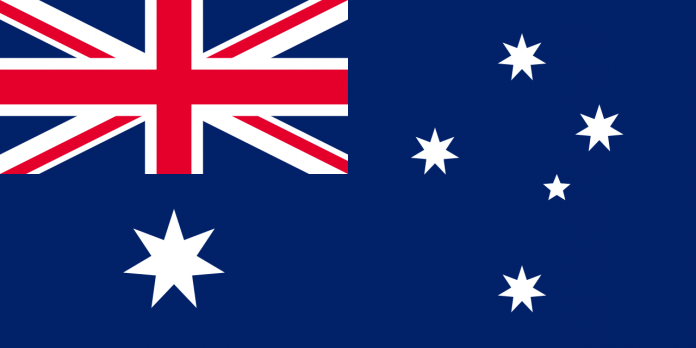 Well, it has happened, as expected:  After a rather perfunctory debate, Australia has caught up with history and the current mind-numbing zeitgeist and, like another domino, fallen to that whole-cloth fiction of same-sex ‘marriage’.  And this, twelve long years after Canada did so, way back in 2005, when our then Prime Minister, Paul Martin, after a long and acrimonious ‘struggle with his conscience’, gave the go ahead, and voted ‘yay‘.

During the recent parliamentary discussions on this fractious issue in the land down under a few days ago, one male Aussie legislator, who I suppose could not resist the theatrics, publicly proposed to his boyfriend, right there in the House of Commons. The emotion was palpable.

Now, we must be careful here, for the presumption is that both MPs still identify as male, for what is the point of ‘same-sex’ marriage if they are not of the same sex, or, dare we say it, no such thing as sex?  Or, pardon moi, gender? Where dost thou fall on that ever-fluid spectrum, we must now ask, built on the shifting sand of public opinion and the varying desires of the populace, or at least a small section thereof.

The romantic episode must have affected Prime Minister’s Malcolm Turnbull’s brain, for upon the passing of the law, he burst forth into a cry of music-hall exuberance, almost singing, like something out of Seven Aussie Mates for… Seven Aussie Mates,

“This is a victory for love, for equality… Let’s have more marriages!”.

But will we?  What really makes a marriage? Like most issues, there is a deep metaphysical aspect to all this. If we allow men to marry men, and women, women, where do we draw the line after that? What is to stop polygamy, polyamory, threesomes, foursomes, who-knows-how-somes?

I alluded a few days ago to Pope Leo XIII’s encyclical on marriage, Arcanum, which he penned in his beautiful classical Latin prose back in 1880.  Therein, he taught that it was the Church, by Christ’s revelation, that safeguarded and handed on the full truth of marriage, that most sacred of human institutions, the font and principle of the family, which in turn is the fundamental cell of society. Hence, as Leo quite rightly argues, the State has an obligation, and a serious one at that, to preserve and maintain the truth of marriage, and to support the family with fitting laws and subsidiary help,  For as marriage and family go, so goes everything else.

As Leo puts it in rather vigorous terms (and he had no idea yet of homosexual marriage):

When the Christian religion is reflected and repudiated, marriage sinks of necessity into the slavery of man’s vicious nature and vile passions, and finds but little protection in the help of natural goodness.

Ah, yes, natural goodness, when there used to be more of that around. Christ, and the religion He came to reveal, simply manifests in full perfection what every society has taken for granted since the dawn of the human race, when Adam first plied his troth with the winsome Eve, whatever other disorders crept in after the reign of sin: That a marriage is between a man and a woman, who, by their mutual love, produce children, who would in turn continue the human race, and help God fill heaven, as we find in the various parables.  So goes the wheel of history until the end of time, when marriage itself will cease, having done its earthly duty.

In the meantime, this institution, a mutual friendship and covenant, has now been raised to a sacrament, perfected and elevated by grace, and it is the Church that teaches what a marriage is, not a group of mis-educated parliamentarians motivated by misguided compassion.

This is not to say that men cannot have deep and affectionate friendships with men, and women, women, but these friendships should not become sexualized, or eroticized as the case may be, and they cannot form the foundation of a marriage covenant.  It seems so simple and obvious to anyone still grasping even the slimmest straws of sanity, yet here we have two supposedly advanced nations, Canada and Australia, similar in many ways in terms of their history and populations, both founded on the Judeo-Christian tradition and British common law, now applauding and approving the insanity of two men trying to ‘marry’ each other.

And while we’re on the topic of applause, I wonder about all those Conservatives in our own House of Commons the other day giving Justin Trudeau standing ovations during his own apology for Canada’s treatment of homosexuals through the ages.  Trudeau’s father decriminalized homosexuality in that fateful Omnibus Bill on May 14, 1969 (which also legalized abortion and contraception), the feast of Saint Mattias, curiously, the Apostle chosen in place of Judas.

I agree with Trudeau Sr., for once, that homosexual acts between consenting adults should not in general be investigated and prosecuted by our constabulary peering into bedroom windows, but that does not mean that we should applaud or otherwise condone them. These actions, which are described in the Catechism as of ‘grave depravity’, can ‘under no circumstances…be approved’.

Sure enough, unjust discrimination amongst those with such ‘deep-seated homosexual tendencies’ must be avoided, but it is not unjust to say that they cannot form a marriage, form a family (by adoption or other means), and receive all the rights and benefits that normative families receive.  For all that will do is reduce and obfuscate the true nature of family, of society, even what it means to be human, created in the beginning as male and female.

It seems ironic that Canada is now pondering issuing birth certificates and passports with ‘X’ as sex (or gender, if one must), signifying something unknown, unreal, fitting in that the end-game in all of this, as C.S. Lewis predicted, is the abolition of man himself. For if there is no sex, no gender, no male, no female, no man, no woman, just a varying mish-mash of molecules and organs ever in flux, striving for an amorphous commingling ‘love’ in some Heraclitan sense, referred to by an ever-more amorphous alphabet soup of pronouns and acronyms, then, really, what is the point of rational debate?  If there is no common ground on such a thing as ‘human nature’, nor even a common language with words and their connection to reality, and if the language that does remain is controlled by a totalitarian thought-police (see the Wilfrid Laurier fiasco), then the only recourse left is totalitarian violence against those who disagree, whether subtle or overt, as we have recently discovered.

But it’s not over yet, for there will still be some who stand on solid rock, who will witness, even as the floods and rains come, to the truth of sex, marriage, family, and the deepest reality to which all of these are themselves ordered, that will last forever: love, agape, charity, God Himself, whom we hope to enjoy for all eternity.

I suppose that is a fitting and hopeful thought on which to end for Advent.