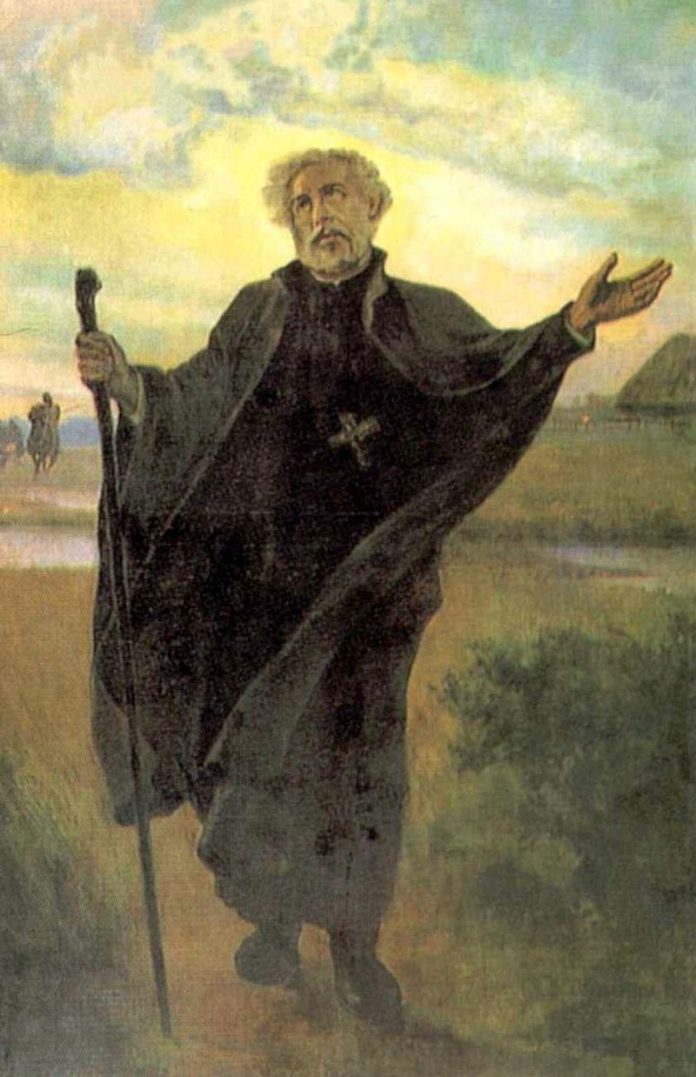 I neglected yesterday to mention yesterday two May 16 saints, and my conscience moves me to offer them to our readers, so that we may bring them to mind seek their intercession: The first is the Polish Jesuit and martyr, Andrew Bobola (+1630) who working amongst Protestants and the Orthodox in Lithuania brought untold numbers back into the Church. At the age of 65, he was kidnapped by Cossack schismatics, and tortured in the most brutal of ways, flayed, burned and mutilated, all the while praying for his persecutors, until he was beheaded. His body was found incorrupt when his casket was opened in 1719, after a vision of the saint given in 1701 to a fellow Jesuit, Father Martin Godebski, rector of the Pinsk College, in whose church Father Bobla’s body lay. Saint Andrew Bobola was canonized by Pius XI in 1938, and is an exemplary patron for the ecumenism and evangelization, which seek to bring all souls into the fullness of truth in the one, holy and apostolic Catholic Church.

The second is Saint Simon Stock, an English Carmelite of the 13th century, of whom little is known, and whose primary claim to public fame (for he is well known to God) is the tradition that the Virgin Mary gave to him in a vision the brown scapular, which allows lay people to share in the merits and prayers of the Carmelite Order. You may read that the story of the vision does not appear until a century after his death but that does not mean that it is not true. Even if embellished somewhat, as Belloc says, legends are always based on truth of some sort, and they may even may more true than the story, in some deeper way. For example, it is not quite true that throwing a scapular around the a dying impenitent sinner will somehow guarantee him a place in the Kingdom, dragging him to heaven by the scruff of the neck.  But wearing one as a sign of true devotion to Our Lady and Our Lord certainly will.

Something to ponder in this month of Mary.