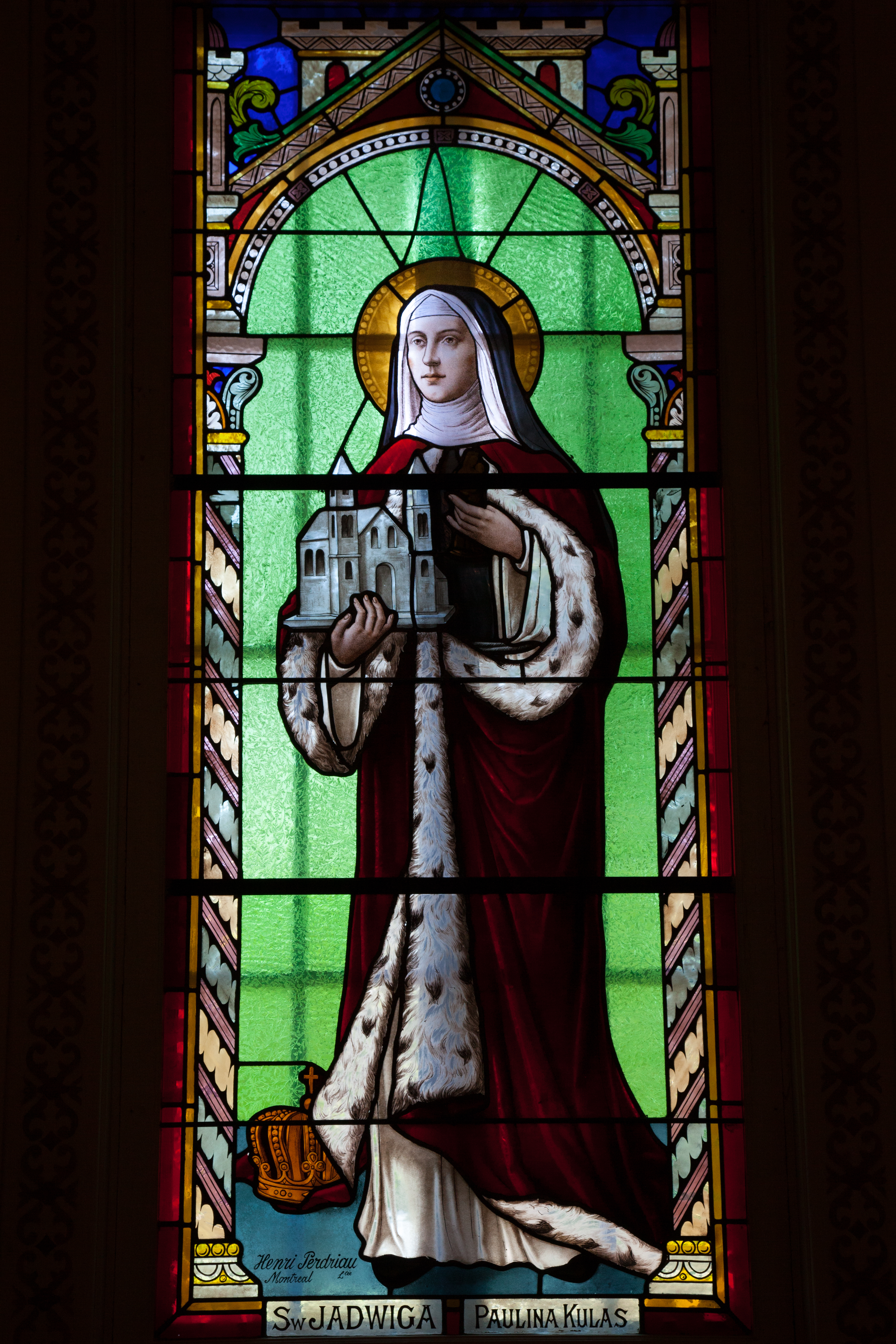 It’s a special day for the Polish, as one of their patrons is celebrated, at least here in Canada, on this day – normally, Saint Hedwig of Silesa (+1243) (not to be confused with the other Saint Hedwig, Queen of Poland, who died in 1399) is commemorated on the 16th – that day of four saints, as well as the anniversary of the cardinals choosing a Polish bishop, Karol Wojtyla, as the next successor of Peter back in 1978, a providential decision that Hedwig likely had a heavenly hand in.

But here in our Dominion, we celebrate one of our own, Saint Marguerite D’Youville, on the 16th, so Hedwig gets moved. Like Marguerite, Hedwig married young, at what we would consider the too-tender age of twelve, but things were different back then (not least, lives were considerably shorter). But unlike the erstwhile Mrs. D’Youville four centuries hence, yoked to a deadbeat drunkard who left her heavily in debt with an untimely death (we can only hope that her prayers helped to somehow to save him), Hedwig’s match was quite a happy one, to Henry the Bearded, son and heir to the Duke of Silesia, who helped his wife in her apostolic way of life. Henry supported his wife’s hosting banquets for the poor, and giving away much in alms, not least to monasteries and schools (hence, her depiction in art with a church under her arm). Hedwig – a princess who could have lived in luxury had she wanted – was so devoted to poverty that people could not even give her things, for she would right away give them away. Once, the bishop ordered her to wear her shoes, as the princess would wander around discalced; so when Hedwig showed up still barefoot, his grace asked where be the footwear – and Hedwig had them tied around her waist, wearing them, sort of.

Saint Hedwig also taught her own children personally – something nearly unheard of amongst the nobility, to say nothing of queens – so may be taken as the patron saint of busy, preoccupied, harassed, yet ultimately deeply happy homeschooling mums.

Upon her husband Henry’s death in 1238, Hedwig, who had always lived an ascetical life, joined the Cistercian monastery at Trzebnica that she had persuaded her husband to found back in 1202, and it was there she died after five years of hidden religious life, in 1243, as a young 18 year old named Thomas Aquinas was just beginning his own spiritual journey in the fledgling Dominicans, far off in Italy.

The two saints are linked, at least in my own mind, as providentially, Saint Hedwig is the patroness of the parish where I live, so it is a solemnity for us today. And the parish is right beside the college at which I have taught for some time now – and we have a particular focus here on the thought of the Angelic Doctor, patron of schools, continuing, in our own small way, the great light and tradition of that greatest of centuries. And, while we’re at it, the street on which the college stands is named after Karol Wojtyla – whose own feast comes up on Thursday – with a bust of his right across the road, looking at us as we come and go.

A very fitting trifecta of saints, amongst the panoply of them interceding for us. What have we to fear, and how much more should we hope?