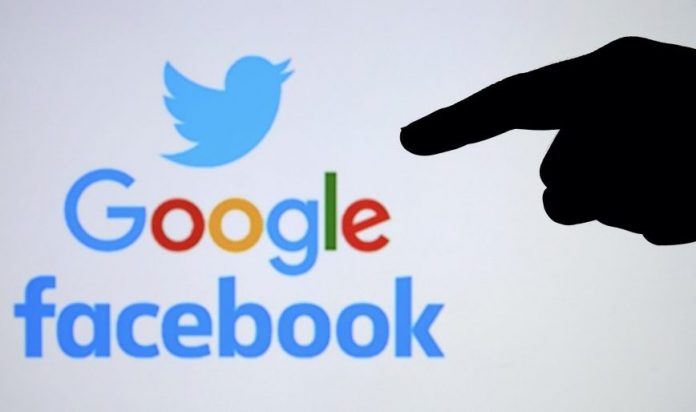 In a previous article, Becoming Blind to Pornography on the Internet, I discussed the benefits of a particular filtering and self-control software which is primarily targeted towards individuals seeking freedom from the chains of pornography addiction. While it is certainly viable to use filtering software for protecting your family, I believe there is a solution which more directly and easily addresses the needs of parents wanting to safeguard the purity of the family. In contrast to the needs of the individual, which are sufficiently met by installing software on a select few devices with settings centered around only himself, the needs of a family require the protection of every smart device in the home with varied settings across devices. Furthermore, parents require a solution which easily allows them to continually monitor which websites their children are accessing. Lastly, this solution should be accessible to non-enthusiasts of tech paraphernalia because technical knowledge shouldn’t be a barrier to freedom. The products which meet all criteria are the Gryphon Tower and Gryphon Guardian routers.

Not to be confused with a wood-cutting instrument by the same name, a network router (or router for short) is a device present in most homes which is responsible for running a Wi-Fi network. The average reader likely did not pick out his own router, but rather had it selected for him by his service provider at the time the technician came to his house and activated his internet service. For most users who don’t care how their gear works—so long as it does—and are perfectly satisfied to pay a professional to “set it and forget it”, the thought of replacing their own router can seem like a daunting task. Fortunately, swapping out your old router and replacing it with a Gryphon Tower or Guardian is only as difficult as installing the Gryphon mobile app for either iPhone or Android and following the rather short step-by-step setup guide.

Managing the router through a smartphone app is not only a great feature from a network security perspective (as it makes the device more resistant to intrusion attempts from outside the network) but provides a convenient and intuitive way of managing and monitoring every device’s activity. For parents, this means you don’t need to be a network security expert to safely control how your home internet is being used. Navigating the app via its intuitive bottom-bar menu, you can create a profile for each of your children and assign devices to those profiles. Once assigned, a device will automatically become restricted to the rules and settings of the profile it is associated with. Gryphon has templates for different age groups to get you started, ranging from toddler up to adult, as well as a special template named “Unrestricted”. This is because the Gryphon router by default blocks adult websites on the network, and the level of restrictiveness is variable across age groups with the lone exception being pornography which is blocked for every group outside of unrestricted profiles.

In addition to the default settings, age groups are rather malleable in the level of customization possible. You might, for example, enforce Google and YouTube safe search by toggling a switch, block Netflix and Amazon Prime Video, choose to always allow Spotify, and block Minecraft during homework hours. You can create schedules for bedtime (during which all devices associated with the profile will lose internet access) as well as homework/study time, which may restrict apps or websites that are merely distracting rather than unsafe. As more parents are making the decision to homeschool their children that last option may prove an invaluable resource, especially as devices like laptops or tablets are sometimes necessary for schoolwork.

While browsing the web, children may sometimes encounter blocked sites which they believe they should rightly have access to. Gryphon’s block page includes a button which, when clicked, sends a notification to mom and/or dad’s smartphone alerting them that their child is requesting access to a site. They will then see a preview of the site’s content and can decide whether to grant access or not. For known problem websites which do not have a toggle setting like the more common sites previously mentioned, it is possible to manually enter the name of the site and which restrictions ought to be applied to it (such as “always block”). This process is streamlined by the option to see a log of the child’s browsing history and make verdicts about sites as they appear.

At the risk of becoming persona non grata to a younger audience of readers, it would be remiss of me to neglect pointing out the ability the app affords to pause individual devices, entire profiles, and even the whole network with a single tap. This may be a favourite feature of parents who struggle to hale their children’s attention away from their devices, because it grants them full control to remotely disable a device’s internet connection without affecting other devices in the home. In another scenario, perhaps the parents are planning to be out of the house and are leaving the children at home. To avoid leaving them unmonitored internet access, they may find it prudent to pause the network until they return. Conversely the parents may worry about the children leaving the home and having access to other networks which aren’t protected. While I have not tested this technology myself, Gryphon offers a subscription service which intends to reroute traffic from devices being used on another network back to the Gryphon router’s home network and filter appropriately. Assuming it works as advertised, the peace of mind such a service would bring seems well worth the subscription cost, and at the time I bought my own Gryphon router I was offered a 3-month free trial of the service.

Although Catholics reading this article may be primarily persuaded by the quality of family safety features the Gryphon Tower and Guardian are peerless in offering, it should come as a consolation to know these routers aren’t lacking on a technical performance level even when compared with top-of-the-line competitors. Whether the contest is speed, area coverage, security, or price point, the Gryphon competes in all categories—even leading in security.

Finally, I must end on a sobering note. While many readers will be inspired to do what is necessary for their family’s sake, there will undoubtedly be some who deny the need for protection. They may sincerely believe their children would never visit bad websites (I hope they are right), or that they are safe because they don’t have a computer or smartphone but only a video game console. One of the top two most trafficked porn sites in the world infamously releases statistics each year detailing how many people visited their site during the year, what they watched, the length of time spent watching it, and even how they watched it. In 2013, the site revealed one of the devices being used to access its content was the Nintendo Wii, a children’s toy. Now that we are at the stage where video game consoles and smart TVs come with built-in web browsers (which typically lack effective web filters), we would be negligent to invite these devices into our homes and give them to our children without taking the necessary steps to protect them. Router-level filtering is not only the easiest method of protecting your home; in the case of some devices, it is the only possible method.