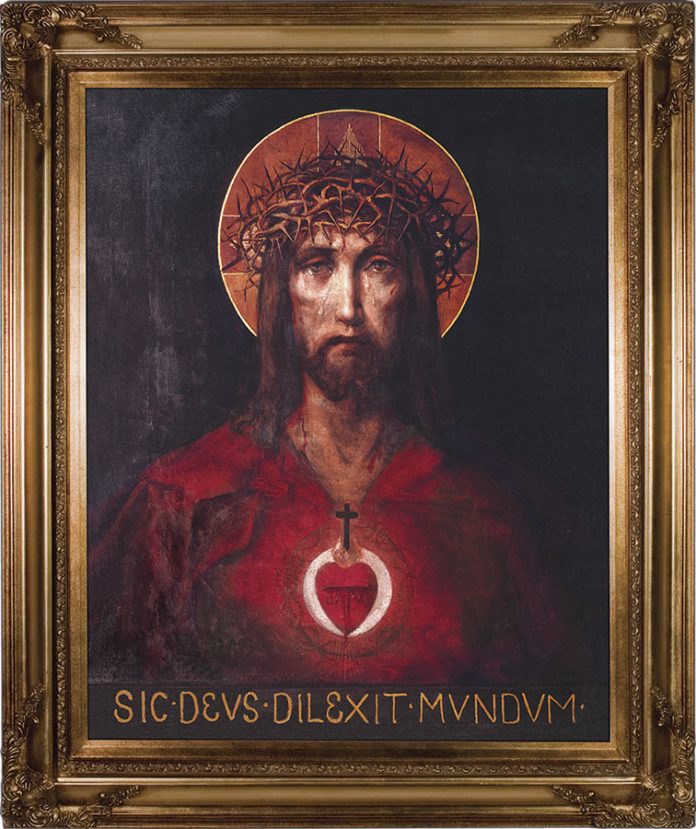 Today, the vigil of the Solemnity of the Sacred Heart, is the World Day of Prayer for Priests, instituted by Pope Saint John Paul II in 2002, a reminder that Christ came in true human nature, with a human body, flesh and ‘heart’, and all that means, the emotions and affections proper to being a man. Christ could say with the Roman poet Terence, Homo sum, humani nihil a me alienum puto, ‘I am a man, and nothing human is alien to me’, albeit with a bit of a different meaning and emphasis, for Christ knew no sin, and was perfect in mind, body and soul.

The Priesthood, as the Curé D’Ars said, is the love of the heart of Jesus. Even if at times their own human weaknesses obscure that love, the priest is still an alter Christus, and we must pray that they re-discover and live up to their exalted vocation, which is not primarily their work but Christ’s, and God’s.

Again to Saint Jean Vianney (declared the patron of all priests in 2009 by Pope Benedict, inaugurating the year he dedicated to priests), if we really understood the priest on earth, we would die not of fright, but of love. (cf., CCC, #1589).

In Ontario, this is also the provincial election, and a new Premier and governing Party will be chosen. As I wrote the other day, Kathleen Wynne has already strangely conceded defeat, which, according to the polls, now puts the Conservatives and NDP neck-in-neck. Can Doug Ford save the day, even if elected? He may slow down the current and looming disaster, but, given what he has said and done so far, I don’t hold out all that much hope. He would likely be better than the ideologue Andrea Horvath, who will accelerate the slide towards the stark raving mad policies of insolvency and immorality. Perhaps we all need a wake-up call, that atheistic socialism just does not work on any level.

Hope, for us Catholics, as Pope Benedict pointed out in his 2008 encyclical Spe Salvi, is primarily supernatural, not in the goods of this world, but in heavenly riches, often only seen and appreciated when earthly delights are taken away. Even Catholics now are so worried and anxious about this world, success, cushy (preferably governmental) jobs, minivans and mortgages. Stop for a time, and ponder, what is life really about, and where should my energies, in the days we have left (and we know not how many), be most focused?

In the meantime, we can pray for the best outcome in the midst of rather mediocre circumstances.