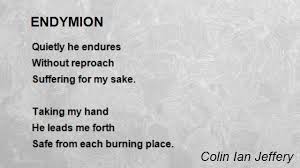 Colin Ian Jeffery is a leading Christian poet and all poems in this collection have been published in newspapers, magazines and anthologies. The collection gives an insight into the driving forces behind his poetry, with the main influence, seen in such poems as ‘Christians’ and ‘King of Kings,’ being his spirituality. ‘Pope Francis,’ is a poem that acknowledges his Roman Catholic background, and gives insight into the poet’s spiritual formation in the Roman Catholic Church.
The poem ‘True Love’ shows his passion and belief that love must be free and never held captive.

Love must be set free
For this I know
The caged bird sings for flight
Dying captive
Looking through the bars.

Some of the sonnets are addressed to the great love of his life, the mysterious lover who moved the poet to compose some of the most poignant love poems ever written, a love for the poet that was a rock within a stormy sea giving support against raging purple storms.
The collection covers many different topics dealt with powerfully and artistically with a variety of topics such as peace, war, history, love, sorrow, death, and childhood memories in such poems as ‘Wally Gog’ and ‘When I was young.’ The poet is a modernist with the development of imagism stressing clarity, precision and economy of language. He has a strong reaction against war and the oppression of innocence, but unlike
others poets in the modernism movement like Dylan Thomas and Ezra Pound he has a profound faith in God.