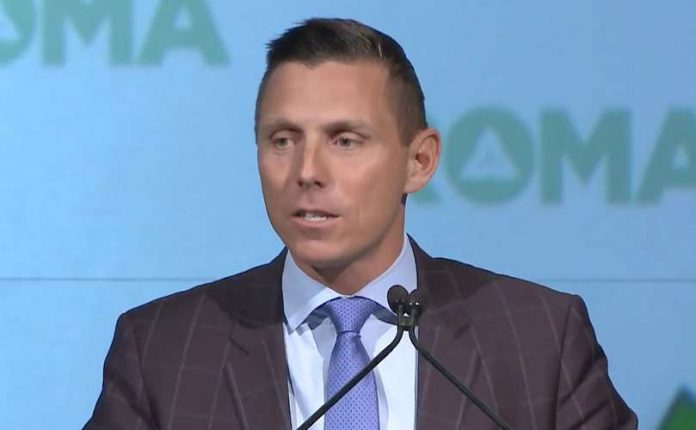 Patrick Brown has thrown his hat into the ring of the Progressive Conservative leadership race, vying to win back the very position he resigned what seems like just yesterday ago, I suppose in his attempt not just to salvage his reputation and what he considers his ‘life’, but also bringing the Party more to the progressive than conservative side of things.

What, I ask, has Brown in his store of ‘values’ worth conserving?

True enough, Brown seems to have been the victim of a smear, the mainstream media engaging in a campaign of detraction (saying what is true just to harm someone’s reputation), if not outright slander and calumny (spreading outright lies for the same reason). In an ironic gender-bending twist to the story of Susannah in the Book of Daniel, the testimony of the two female ‘victims’ is falling apart. Was she in high school? Underage? Was alcohol involved? Consent?

Then again, methinks that Brown shares not the innocence of Susannah, and his comeuppance is upon him.

As one of the alleged victim’s lawyers put it, ‘time is a concept’ but the charges are ‘concrete’.  Say that again?  I think Aristotle, Augustine and Einstein might take some exception to that. It is statements like this that make me wonder how it is that overpaid and over-appreciated legal experts (indeed, everyone who speaks and thinks in a public manner) are not forced by means fair or foul to take at least a remedial course in philosophy and metaphysics.

As Christ declared, a house divided against itself cannot stand, and Brown, with his shifting moral foundation, is receiving a taste of what a world without objective moral truth feels like. If Mr. Brown supports the State’s aiding and abetting the murder of unborn children, well, the lie of denying them their right to life is a far more serious one that any that would besmirch the ‘good name’ of a member of parliament, as bad as that also is.  If nothing is intrinsically evil, including lying, then why not tell a grandiose whopper, or warp and exaggerate what truth there is, even destroy someone in the process, if the stakes are high, and the cause grand enough?

Saint Thomas, following the aforementioned Aristotle, defined truth as adequatio rei et intellectus, the conformity of the mind to reality. Well, so much for that. We are approaching the world of 1984, with the connection between our minds and reality becoming ever-more fractured with the sheer bombardment of lies.  The younger generation, molded in the hypnotic brainwashing halls of modern education, actually believe all the tripe fed to them, from ‘gender fluidity’ to ‘abortion rights’, as though it were Gospel truth (or, as Paula Adamick writes, more like an anti-Gospel), while the Gospels themselves are reduced to myth, if they even know what they are.

Without the truth, we are all doomed to the worst form of slavery, that of the mind and the will, the very core of who we are. Christ described the Devil not only as a murderer, but also a liar, the two ways the cloven one strives to destroy souls.

Only the truth can set us free, and I hope the backlash against all the smears, lies, vilifications, all the hyperbole and hysteria, all the worst sides of the #MeToo, global warming, euthanaisa-abortion-animal rights, and all the rest-of-it movements bring many back to some degree to reality, to the truth, to all that it means to be human, to live in a cosmos, ordered and made by Truth Himself for our benefit. Perhaps even Mr. Brown might get it a little more now that he himself has been chastened.

That same Truth will reveal all things in the end.  All that is required is that we stand and live by that same truth in what time remains to us, and strive by what means we might to bring others into our camp, the only one standing on solid rock.