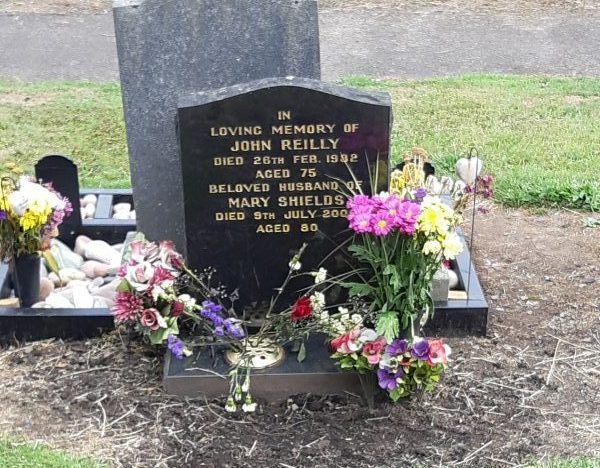 (I wrote this upon visiting my grandparents’ graves in Scotland two years ago, but seems a propos for this time as we especially remember our dead, and speed them into that heavenly kingdom...Editor)

If for the Romanas it was ‘dulce et decorum pro patribus mori, sweet and proper to die for one’s nation, literally, one’s fathers, it is also fitting, even noble and necessary, to remember them. Hence, we should treasure graveyards, the very tombs of those who came before, macabre, perhaps, to those who seek to abolish any thought of death, which may explain the popularity of cremation and scattering ashes to the four winds, as though to disperse their very memory, with no resting place of our ‘fathers and mothers’.

But we Catholics from the very beginning have remebered our dead, from the catacombs onwards. It was a moving experience for me, on the first day of this return to my native land, to visit the graves of my grandparents, all four buried in the quaint and quiet cemetery on the side of a hill in the ancient town of Dumbarton, dating back to pre-Roman days. 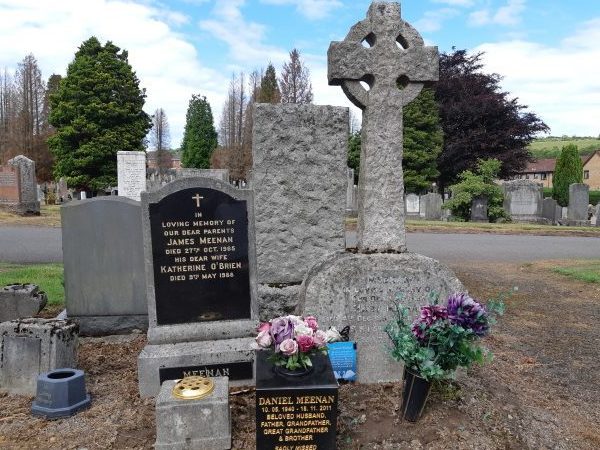 Dumbarton is famed for its ‘rock’, castle, fortress, prison, where William Wallace hid out, and where Mary Queen of Scots was held before her flight to France. In this same town my own parents met, courted and married, and where I and my brothers would have been born, had it not been for my mother’s more precarious births, requiring the bigger hospital in nearby Glasgow.

Whence we come is deeply connected to whither we go, and as John Paul II taught in Evangelium Vitae, our eternity hinges upon this temporal life: Hearth, home, family, relations, friends, even the very ground and land, are all images of the ‘heaven’ towards which we are, or should be, striving.

Hell is just the opposite: up-rootedness, alienation, loneliness, not knowing who one is, rebelllion and isolation. That is why, to return to John Paul II, this time in his 1981 encyclical Laborem Exercens, he describes emigration as an ‘evil’; not a moral one, per se, but a physical one, to leave one’s native land, which has more right upon our talents and gifts than anywhere else, to go to a strange one. This can be endured, and redeemed, and God has brought great good from such suffering. Yet suffering it is, taken on by countless missionarires, as well as millions forced from their countries for dire necessity, most loathe to leave their home. It is odd that so many seek to flee from their family as though it were a joy and release, to become quite literally dis-placed.

As Scotland’s ‘other’ national anthem declares, the Highlanders fought to the death for a ‘wee bit hill and glen’, yet that land is what held the clans rooted, founded, strong. And that is why the Romans could not defeat the Scots, and Emperor Hadrian built his wall in 122 A.D. beyond which was the ‘ultima thule’, the end of the world.

From the earth we came, and to that same earth we will return, and the very name of the first Man, Adam, is derived from the Hebraic word for the ground itself.

We are all descended from that original couple, on whose model we build our own families, immediate and extended, in which there is not just strength, but joy and comfort. It is time we rediscovered the ‘clans’, bonding together, staying rooted, in one place, so we can remember our ancestors, and keep their graves tended.

So find your own home; make a stand, and build a little prelude of the kindgom here on earth.