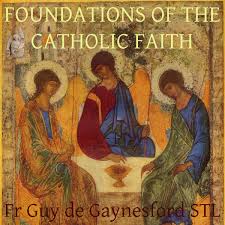 There are different ways to lie. The classical definition is ‘to enunciate a falsehood with the intent to deceive’, derived from Saint Augustine, adopted by Saint Thomas (I-II, 110, 1-2), who draws from this the criteria for a full-blown lie: Falsehood in what is spoken, awareness that such is false and the deception.

There can be lesser lies, lies without the intent to deceive, for one may even speak what is false without being aware one is doing so. There are omissions, hiding the truth – or what is often worse, some portions of the truth, when it should be revealed. Then there are all the rationalizations, the vague sense that what one is saying might be untrue, but one is so committed, or so coerced – as were the crowds applauding the disrobed emperor – one is loath to speak the truth that is so obvious.

Then are the various intentions for telling a lie distinguished by Thomas. Mischievous – to deliberately harm another; officious – lies told for a good reason; and jocose – to give some sort of pleasure.

Such lies are all around us, in their various forms, and the truth is lost in the thickets.

What to do, so that we might see through the distractions and the obfuscation?

We could begin with a definition, always a good place to start. Truth, according to Thomas, following Aristotle, is an adequatio rei et intellectus – a conformity between the mind and reality. At times, this is straightforward, for things right before us – Macbeth knew that this was a dagger he saw before him, and his question was more metaphorical than metaphysical.

But for other ‘realities’ – or, more to the point, purported realities – not evident to our senses, we must trust others. Like truth, trust is also in short supply, as those in authority have been caught in various forms of lies and deception. Whether they are motivated by malice or a sense of duty, or a mix of both, is between them and whatever God, or gods, they serve.

The bigger problem are the hordes who believe them, who go along to get along in embarrassed silence and acquiescence – and we are all amongst them – even though something niggles at our conscience.

But have hope. For just are there many ways to lie, so too there are many paths to the truth. The first is our Faith, infallible and solid in its doctrine, the foundation and framework for everything else we know. Then there are the logical corollaries from these revealed truths, for we have our reason and our wits. We should also not discount out intuitive sense for what is true and false. Thomas describes this as a connatural knowledge, for we are made to know the truth, and falsity is always jarring and unpleasant, with a faint whiff of unpleasant sulphur.

Just as we may reject the extreme and bizarre ‘scientific’ hypotheses – like the philosophers who claimed we might have a kitten and ball of yarn in our heads, or that there are infinite universes branching off with each ‘quantum event’, producing infinite numbers of ‘us’ – so too in the moral sphere we know that two men can’t get ‘married’, that dogs can’t substitute for children, and that babies in the womb are babies.

As the Catechism puts it ‘no one is deemed ignorant of the principles of the moral law, which are written in the conscience of every man’. (1860)

Certainly, there are many questions that admit of some element of doubt, but, as Thomas puts it, we may lean very heavily on one side, with near certainty, and certainly enough certainty to act. The hazards of experimental gen-mod vaccines, especially for children; the shadiness of such as figures as Fauci, Biden, Gates, Schwaub and Gutierrez; the ‘efficacy’ of flimsy masks; the havoc wreaked by continued lockdowns, ruining the lives of untold numbers. And on it goes.

One final thought: A sign that one is living in the truth is a sense of peace and equanimity, while anger and disquiet are the bitter fruits of living by what one knows, or suspects, to be false.

Look around, even ask a question or two, and you can see which side is which: Bared fangs and blazing eyes – even some Covid-unfriendly spittle, may greet even the mildest of doubts of the new orthodoxy of these modern secular high priests.

By their fruits, ye shall know them.