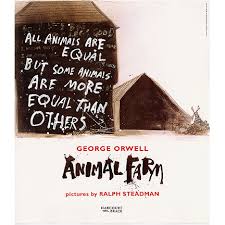 As the midterms make clear, the U.S. continues its continental divide, between the (ironically) red Republicans and the blue Democrats, with the former under Trump keeping hold of the Senate (and hence able to appoint judges and such), while the latter now with a majority in Congress. Mark Steyn makes a good point that the nation is so polarized, that these elections are in fact decided by a few thousands of people whose votes cannot be predicted a priori; for most of the nation is solidly either red or blue. One author makes the (true) observation that this divide is largely along religious grounds, as the difference between the two political parties widens: The Democrats almost entirely and vehemently pro-abortion, the party of Moloch, if you will; while the Republicans waffle, mostly, are to some degree pro-life, or at least with some hesitation about full-scale abortion.

I’m with de Tocqueville, the late Joseph Sobran and the Catholic Church, that, all things considered, the less government, and the more left to personal initiative, the better. The life-or-death battle over what it means to be ‘human’ should be fought at the level of culture: the family, the Church, all the subsidiary societies, where things really matter.

On that note, at least the Pigs who ended up running things in Animal Farm only went so far in their bending of the truth, scrawling on the barn wall that ‘some animals are more equal than others’, which allowed them to quite literally hog most of the creature comforts produced by those ‘beneath’ them. All quite an apt prognostication of our current socialist milieu, where the privileged get more privileged, and the less, even less so. But the inverse is often true when looked at from a spiritual perspective.

But on the notion of twisting the truth, Rachel Notley and her NDP socialistic bureaucratic henchmen in the once-free province of Alberta have gone much farther than the prevaricating Pigs, with their own list of now-proscribed and verboten statements, beliefs even, that are now to be excised from the books, lips, and ultimately the minds and hearts, of every teacher and child in every school of the province, public, private or otherwise. Here is a sample of the now-condemned ‘evil’ propositions:

Truth? Quid est? As the new secular high priesthood has proclaimed, all of these once obvious declarations are anathema sit, up there, or down there, with those of rubes who still have some hesitation over anthropogenic ‘climate change’ (which may well be on the list, which includes many more proscribed propositions).

As I wrote previously, following the late, great Thomas, Josef Pieper:  The abuse of language is itself the abuse of power, and by controlling what words we may use and hold, they – and we more or less know we ‘they’ are – will control our minds and ultimately our actions, at least in our children, unless we act, and act now.

This sort of top-down reality-distortion is more along the lines of Orwell’s 1984 and its ironically named ‘Ministry of Truth’. Ironic, since truth was the last thing the ‘ministry ‘ had in mind to administer, and may now be the last thing your children will learn at school.

Such is the fate of handing over the grand and noble endeavour of education, hook, line and sinker, to the State, a dereliction of parental duty against which the Church has warned us in numerous documents of the Magisterium. Au contraire to these hubristic teachers and bureaucrats, parents are indeed the ‘first and primary educators of their children’, and although they may delegate some of this responsibility, it is upon them that the duty of forming their children ultimately falls.

But all too many did not read, nor listen, nor care. The money and the off-loading of the long and exacting work of teaching one’s own were just too tempting.

Is the game up? No, for hope springs eternal. But turning the tables means taking responsibility and initiative. I wonder what would happen if every sane-minded parent took their children out of the system for a day, a week, forever? Dare we teach our own children; even starting a private school under the radar of the State’s sauronesque eye, one that does not bow the knee to the powers that be? As de Tocqueville also wrote, one of the fundamental tasks of a citizenry is to resist the encroachments of state power, which creeps (and I use that verb advisedly) into all corners of our life.  Resist while you still may. Not easy, and definitely the ‘narrow path’. But well, well worth the effort, for freedom, for truth.