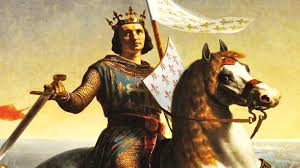 Canada will no longer require gender, well, at least on passports.  It seems now individuals confused on what sex God made them can place an ‘X’ where ‘M’ or ‘F’, at least previously to today, the only options (curious, that the X chromosome is what makes us, or the fairer half of this race, female, at least having two of them.  Could someone put a ‘Y’, I wonder, as in why, oh why).  I suppose, given this principle that ‘gender’, which is more properly ‘sex’, is in the mind, that one could change one’s mind.  If one is always on a current, a spectrum, carried hither and yon by one’s whims, which can, like an androgynous tadpole or oyster, change one’s sex, I mean, ‘gender’, yearly, daily, hourly…

To continue the amphibious, and amphibolous, analogy, we are entering uncharted waters here, to places dark and deep, where no one know who is who, what is what, and the whole things slow unravels in a quasi-comical danse macabre.  Is it bad to laugh as the world lurches towards insanity?  Sometime, I suppose. But there is a time for weeping, and for just straight wonder at how bad it all is.

Speaking of which, A Dutch man has ‘fathered’ 102 children, and I use that verb advisedly.  For ‘father’ is he not, really, the genesis of his offspring being via artificial insemination, wherein the little dutch boy, sorry, ‘man’, donated his sperm to various banks (as in, sperm banks) without letting them know that he had already donated.  This is supposed to be the policy but, as the article states, is ‘rarely enforced’. I guess they are rather desperate in Holland, for the lack of a few good sperm, the counts of which are dropping precipitously.  The policy, such as it is, is also supposed to ensure that no one ‘Dad’ ‘fathers’ more than 25 children.  Oh, good.  This is in turn to preclude half-siblings marrying each other unwittingly, with all those problems with inbreeding.

Of course, none of these children will ever know their purported father, and he will never be a Dad in any real sense of the term.  Conceiving just one child by such artificial means is, as the Church has consistently taught, an intrinsic evil.  But like all such intrinsic evils, they are a box of Pandora’s fame, unleashing a whole host of other, in many ways worse, evils in their wake.     Of course, every child is a ‘gift’, but like most gifts, they should be received in the right way, according to the will of God, and the nature He has given us.

Today’s saint had a number of children, eleven to be exact, whom he raised well and strong.  King Saint Louis of France, the ninth of that title, was one of the most noble monarchs in all of history, an example to those who must carry the burden of authority. His wife, Margaret of Provence, whose sister Eleanor would help rule England by marrying Henry III, was an ideal wife for Louis, sharing his devotion, his love of God, of family, of France.  King Louis punished grave offenses with fitting gravity, but was not morose and austere, like later ‘Reformers’.  His home life was joyful, and he radiated holiness, as a good and devout layman who simply fulfilled the duties God placed upon him.

As the king concludes a letter he wrote to his son, part of today’s Office of Readings,

…dearest son, I give you every blessing that a loving father can give a son. May the three Persons of the Holy Trinity and all the saints protect you from every evil.  And may the Lord give you the grace to do his will so that he may be served and honored through you, that in the next life we may together come to see him, love him and praise him unceasingly.  Amen.

That is a father, a king, a man.  We could do with a few more of them.